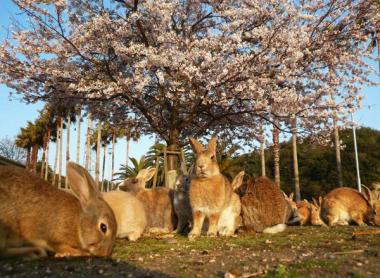 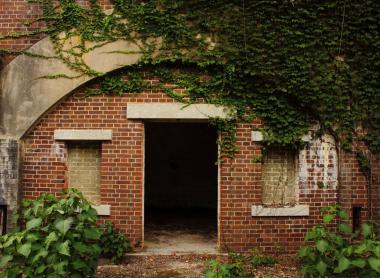 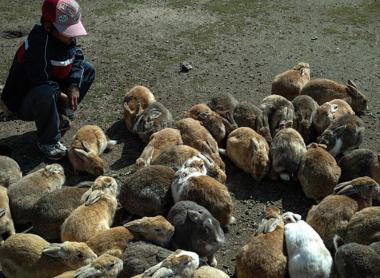 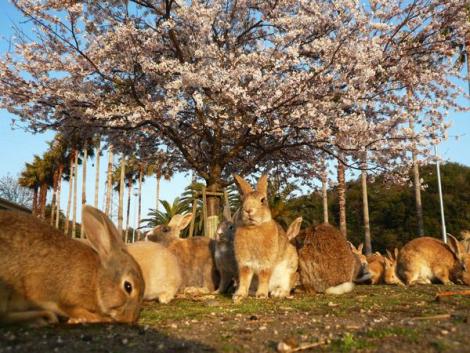 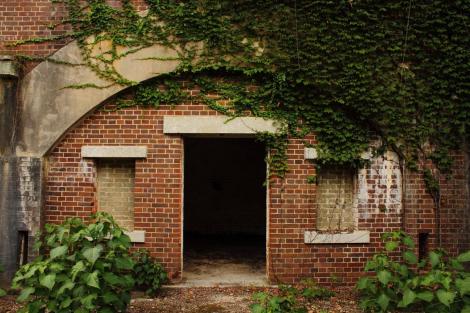 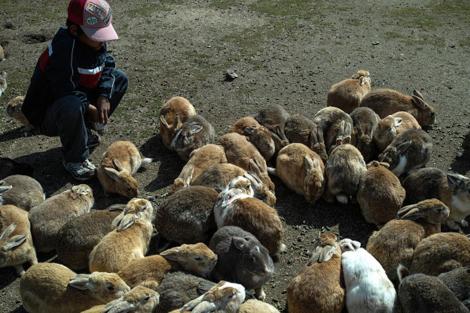 Ôkunoshima, declared " kyukamura ", literally "village to rest", is a small island located off the coast of Hiroshima Prefecture in the Setouchi Sea (Inland Sea of Japan). Famous for its rabbits and pretty landscapes, it nonetheless conceals a terrible past.

An island populated by wild rabbits in Japan

Ôkunoshima , or Ôkuno-jima, is part of the Seto Inland Sea ( Seto Naikai ) National Park in Hiroshima Prefecture. It is only 4km3 in circumference but attracts in summer more than 100,000 visitors who come to bask on its beaches, to hike, to dive in its onsen (hot spring) but also and especially for its wild rabbits , which earned it the nickname of usagishima , "the island of rabbits". There would be about seven hundred.

In order to preserve this particular population, all other domestic animals are prohibited on the island . You will therefore not see a cat (unlike some islands such as the Kasaoka Islands ), or dogs. It is allowed to feed the rabbits but, in order to preserve their good health, it is imperative to buy the food in the shops of the ferry piers before boarding as there is none for sale on the island.

To protect these small animals, other rules must be observed:

If it is the kawaii (cute) aspect of these hairballs that undoubtedly attracts crowds, some and some also come to visit them for another of their characteristics: their fertility rate. Some couples wanting a child think that rabbits will bring them luck ...

Behind the scenes: the ruins of the early twentieth century buildings and poison gas museum Okunoshima

Okunoshima was not always an island to relax and have fun watching lapins.Témoins its sad past, the ruins of a former power station and chemical uneusine to   various military buildings and the poison gas museum. An apocalyptic setting that contrasts with the beauty of the surrounding landscapes.

Before the defeat of Japan in 1945, this island housed a power station (Ôkunoshima also has the highest electricity pylon in Japan: 226 meters) and a chemical plant. As early as 1929, the Japanese imperialist government chose Ôkunoshima, at the same time very far from the capital, close to Honshu but invisible from its coasts, to set up a chemical factory there for the manufacture of toxic gases. The island was then wiped off the maps of Japan. It is estimated that between 1929 and 1945, the Japanese army secretly manufactured more than 6,000 tons of toxic gases , including mustard gas, used in the war against China. The factory was destroyed after the war but a few buildings remain and some are even still used as warehouses.

It is sometimes said that the rabbits that inhabit the island are the descendants of the unfortunate people who served as guinea pigs to test the deadly gases, but the latter would all have been euthanized after the war. Rather, this population of hairballs descends from a small group of rabbits left on the island by schoolchildren in 1971.

Thanks to the will of the inhabitants and the local authorities , anxious not to obscure the past , as terrible as it is, the museum of toxic gas opened its doors in 1988. It includes two rooms where equipment used in the factory, weapons, diaries of workers who worked in the factory (many of whom were seriously intoxicated) as well as old and more recent photos of poison gas victims. There are some explanations in English.

The museum is open every day except Tuesday from 9 a.m. to 5 p.m. Entrance costs only 100 yen.

The island is accessed from Tadanoumi Port in Hiroshima Prefecture. You must first go to Mihara station (30 minutes by Kodama shinkansen from Hiroshima) where you take the JR Kure line train to Tadanoumi (20 minutes). Be sure to inform yourself well before embarking on a trip because there is only one train per hour on this trip.

You can use your JR Pass card to reach the port and explore the area!

From the small port of Tadanoumi, there is a ferry every half hour. The last ferry leaves the island at 7 p.m. The journey takes less than 15 minutes.

Ôkunoshima, uninhabited, has only one hotel with an onsen (hot spring) open to the public. There is also a campground . The island also has a beautiful center for visitors , where you can learn a lot about Okunoshima, especially its flora and fauna. We offer guided tours (in Japanese). In summer, those who want to enjoy the sea can go to the north of the island where there is a nice beach.

Rabbits are everywhere but you will see more of them on the grounds in front of the hotel, in the small Shinto shrines and also towards the observation platform from which you have a splendid view of the Setouchi Sea dotted with islets.

Despite the size, a bus goes around the island but you can of course visit it on foot or by bike (to rent at the hotel, beware of rabbits that can appear on the roads!). A few shrines and hiking trails make this place a pleasant getaway.

To discover this magnificent region and all its secrets, think about your internet access!

Islands to discover in the Setouchi region:

Okunoshima, the island of rabbits Activities in Hiroshima

$115 per person
Discover all our activities in Hiroshima (151)