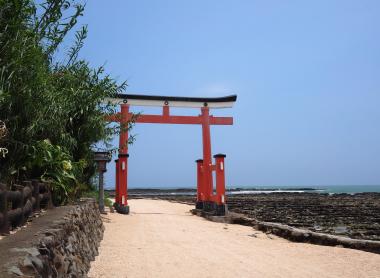 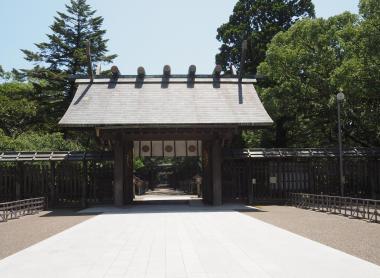 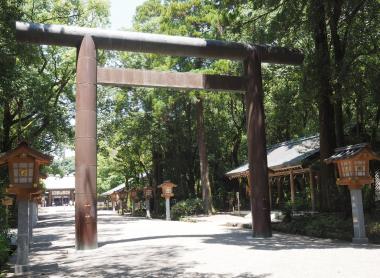 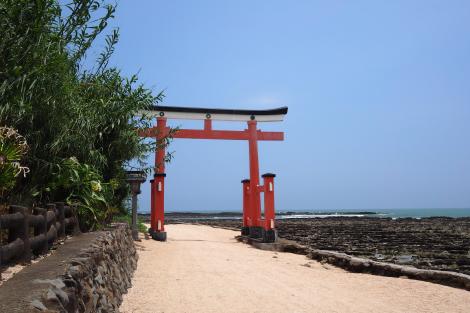 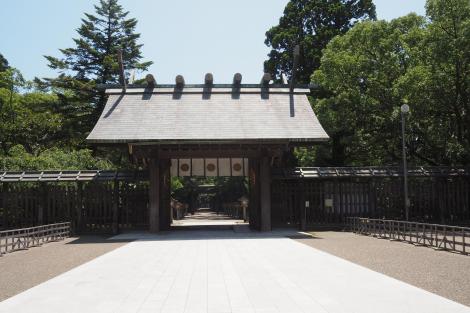 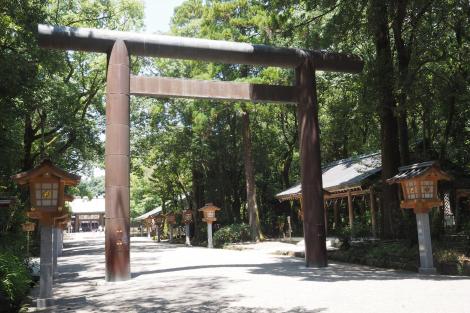 Miyazaki: the city of palm trees and Shinto myths

Miyazaki is a pleasant city located in the Miyazaki prefecture, in the southeast of the island of Kyushu. With its mild year-round climate (Miyazaki is the sunniest city in Japan), its coast popular with surfers, and its wide streets lined with palm trees (symbols of the city), Miyazaki has a tropical air and it was the favorite destination of the Japanese for their honeymoon until the early 1980s. But the city and its region are also and above all a place of legends and founding myths of Japan. Welcome to “Himuka no Kuni”: the land of the rising sun.

About a ten-minute walk from the station, the city center is crisscrossed by shopping malls and covered arcades, which is very pleasant in rainy weather or to protect yourself from the sun. This is where the largest number of bars and restaurants are located.

The most important and sacred building in the city is Miyazaki-Jingu Shrine, dedicated to Emperor Jinmu, the first emperor of Japan. It is believed to have been built over 2,600 years ago and Jinmu resided in a house within the shrine grounds. The shrine is located in a huge wooded park that includes two other shrines: Gosho Inari-jinja (with its dozens of small torii, the sacred gate of Japan ) and Gokoku-jinja. The Miyazaki Prefectural Museum of Nature and History is also located in the park.

Access: Take the Nippo Line from Miyazaki Station and get off at Miyazaki-Jingu Station.

Two other shrines in the city are linked to the myths of Japan: further north, Eda jinja, nestled in a pine forest, is dedicated to the divine couple: Izanagi and Izanami, founding god and goddess of Japan.

The Kibana-jinja shrine would have welcomed the goddess Ko-no-hana (symbolized by the cherry blossom). It was there that she gave birth to the sons of her husband Ninigi no Mikoto, grandson of the goddess Amaterasu and grandfather of Emperor Jinmu.

To the northwest of the city, Heiwadai Park ("Peace Tower Park"), perched on a hill, offers a splendid view of the city and its surroundings. It houses a 37-meter-high tower and the Haniwa garden, made up of 400 reproductions of Jômon-era mortuary statuettes called haniwa.

At the seaside, a huge complex of almost 10 kilometers long, the Phoenix SeagaiaResort, borders the coast to the northeast of the city. There are luxury hotels, spas, beaches (including an artificial one), golf courses, and many other attractions.

The legendary coastal waves around Miyazaki attract surfers from all over the world.

Discover our file on the island of Kyushu!

About 15 kilometers from Miyazaki, Aoshima Island is Miyazaki's top destination. You can get there on foot via a bridge or by tuk-tuk!

This small island of 1.5 kilometers in circumference is distinguished by the strange rock formations that surround it. They are nicknamed Oni no Sentaku-ita, "the devil's washboards" because their bumps and hollows are reminiscent of old washboards. These rocks eroded by winds and tides also line much of the coast south of Miyazaki.

Aoshima Shrine, Aoshima-jinja, is dedicated to the kami (Shinto deities) Hoori, Otohime, and Shiotsuchi-no-oji. Nestled in the middle of a tropical forest, it is very romantic and popular amongst couples.

Opposite the island, Aoshima beach welcomes swimmers. A small part of the beach is supervised in summer. The rest of the very long beach is uncrowded except when the waves attract surfers, who come from all over Japan and even around the world.

There are several hotels along the coast near Aoshima.

Access: Take the JR Nichinan Line and get off at Aoshima Station.

Located about forty kilometers from Miyazaki, it is with Aoshima the most popular attraction around Miyazaki.

After a walk of about 15 min on a quiet path, along the path overlooking the ocean leads to this sanctuary sheltered in the rock. The landscape is spectacular, as is the construction of this Shinto building, nestled in a cave. The site is dedicated to Yamasachihiko, Emperor Jinmu's father. He is credited with beneficial powers, especially for fertility, and he is therefore venerated by couples wishing to have a child. It is also very popular with couples in love.

You can try to attract luck by throwing a small "undama" stone (lucky ball). Women throw them with the right hand and men with the left hand. If you can throw your undama into the circle on a rock below, luck will smile on you.

Access: to visit these different sites, it is possible to buy a bus pass for 1500 yen (about $12.50/11.50€) in front of Miyazaki station and visit Aoshima and Udo Jingu which are on the same line. Count one day to enjoy the two sites because the buses are not very frequent. In summer, you can also get off at the Futo stop to enjoy its very pretty little beach.

The prefecture is famous for its mangoes. However, their exorbitant price may not allow you to taste them (around $13.25/12€ minimum for a mango), especially since the season extends from May to July. If you don't eat the fruit, you can console yourself with sorbets, crushed ice cream, or even mango smoothies.

Miyazaki beef is very famous and has even been selected as the best beef in Japan.

Nanban chicken: fried chicken with a vinegar sauce and covered with a tartar sauce.

Another unique specialty is hiyashijiru, cold miso soup that is poured over rice topped with tofu and thin slices of cucumber.

Travel to Tokyo with one of our tours!

Nicknamed the "little Kyoto" of Kyushu, Obi is a small castle town attached to the city of Nichinan, in the south of Miyazaki prefecture.