The Arashiyama district in Kyoto 嵐山 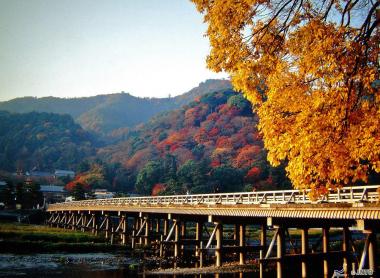 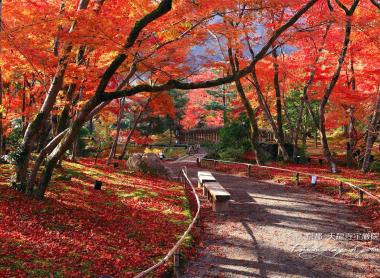 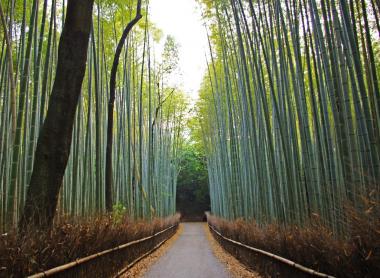 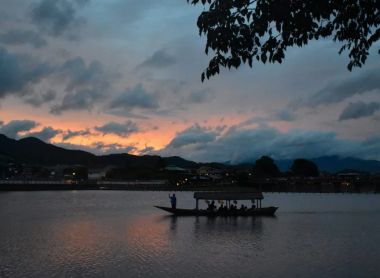 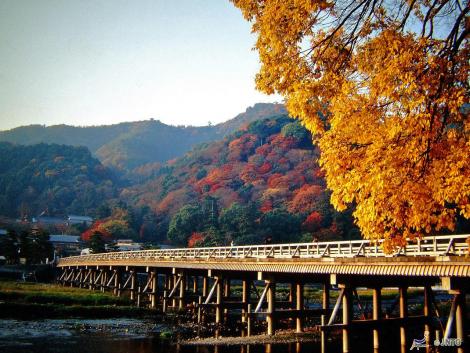 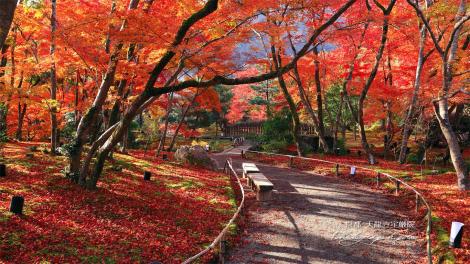 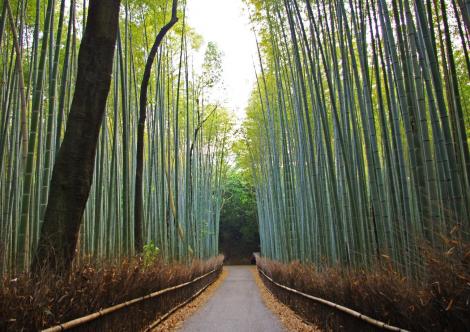 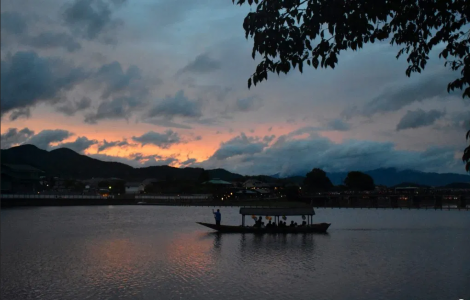 Excursions to Arashiyama, the "mountain of storms"

Located west of Kyoto, the small district of Arashiyama has gained great popularity with tourists. With the splendid banks of the Hozu River, its hills covered with maple trees, a bamboo grove, and its countless temples, unlike any other place... Arashiyama is a refreshing place of nature, to explore by foot through its timeless wonder.

Arashiyama: the "mountain of storms", is not a fitting name. The district is nevertheless very calm, and constitutes a true ode to Nature. The beautiful Hozu river flows and meets the large Togetsukyo bridge, or "bridge under the moon". Across the bridge, the river takes the name of Katsura. The Togetsukyô offers a striking panorama of this Eden to the west of Kyoto. Twice a year, fleshy petals then tawny leaves descend from the hills planted with cherry trees and maple trees to speckle the dark waters of the Hozu-gawa, tearing the walkers away from the bridge of admiration sighs.

Arashiyama is a locality forming a district west of Kyoto. Far from the hustle and bustle of downtown Kyoto and the tall concrete buildings of the station, this area allows you to take a break and immerse yourself in the greenery. Many Kyotoites come to relax during the weekend to take a deep breath of fresh air while strolling under the magnificent foliage of Arashiyama.

Since the early years of the Heian period (794-1192), Arashiyama has been a walking area for the imperial court. Emperors and members of the nobility flocked to Arashiyama to celebrate hanami. This contemplation of cherry blossoms (sakura) or plum ( ume ) is a tradition dear to the Japanese. The burning of maple trees (momiji) in November is the occasion for a new aesthetic stir. The Togetsukyo bridge was also initially built at this time, in 836, but its current version dates from the 1930s.

Many lords built their palaces and villas here. A success that has not been denied over the centuries, as evidenced by the magnificent Ôkôchi sansô by the great silent film actor OkochiI Denjiro (1898-1962).

What to see and do in Arashiyama?

The discovery of Arashiyama generally focuses on three main areas of interest: the bamboo grove, the Iwatayama monkey park, and the Tenryu-ji temple. Added to this is the unmissable walk along the western banks of the Hozu River. However, there is plenty of other temples, shrines, and of course, the bustling main street for shopping and bites to eat!

It is one of the most famous bamboo forests in the country. Access is free, and several paths wind between giant bamboos, which reach ten meters high. You can get there easily on foot from the neighboring Arashiyama or Saga stations, the location being well signposted.

This famous Buddhist temple is attached to the bamboo grove, so it is a good idea to kill two birds with one stone in a single visit. Belonging to the Rinzai Zen sect, Tenryu-ji has a sublime park, with a dry garden sublimating mosses and rocks, as well as a large pond opening onto the pine forest. The places are also listed as World Heritage by Unesco.

Here is a rather rare experience: the visit of a park with monkeys, evolving in freedom. After a somewhat sporty climb of about twenty minutes to reach the top of Iwata hill, you will discover a platform offering on the one hand a beautiful view of Kyoto, but also a playground for monkeys. It is also possible to enter a small hut with netting, to feed the monkeys who remain in their natural habitat. 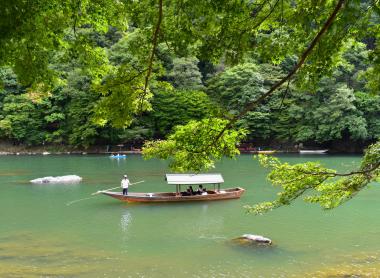 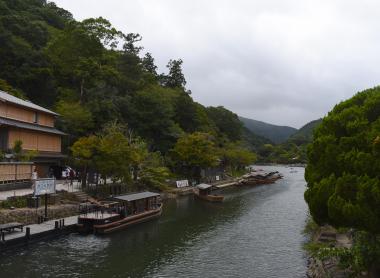 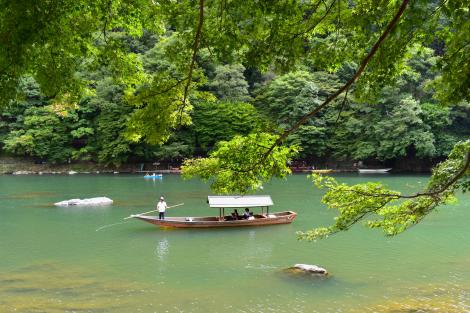 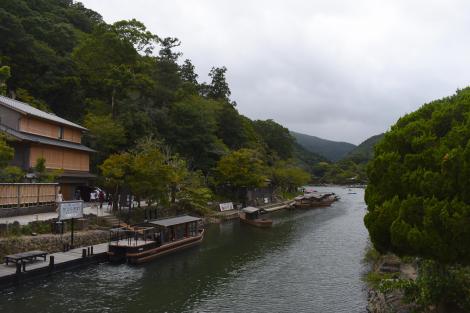 To explore Kyoto from the inside, discover our self-guided tour "Kyoto getaway"

During the day, cross the Togetsukyo Bridge to reach the South Rim. Then go back west, on the path along the water. This short walk allows you to admire the hills covered with trees and the emerald waters of the river. Particularly recommended during the koyo (fall foliage) in November, to enjoy the red and yellow foliage of hundreds of maples...

Finally, after dark and the colors soar, Arashiyama has new delights in store for visitors. The refined cuisine served at the Nishiki, a luxurious and traditional restaurant on an islet in the Hozu River, awakens the taste buds. In December, the Hanatôro festival, or " lantern festival", sublimates the neighborhood with a flute tune. A dream to be lived with your eyes wide open.

Note that it is also possible to take a boat trip down the Hozu river, but also to go up the gorges of the river aboard the Sagano Romantic Train.

How to get to Arashiyama from Kyoto?

The Arashiyama district is very close and easily accessible from various points of Kyoto, especially from the train station and the city center around Kawaramachi. You can expect around 30 min for the journey.

Read also: Public transport and its prices in Kyoto

Buy a PASMO or SUICA card to get around Kyoto easily

The late great silent movie actor Denjiro Okochi was a major star from the 1920's until his death in 1962.

"Washed again in Kurama, we had ascended to the sky without uttering a word, our hands knotted, riveted to the immense trees, drunk with azure and light. "

The traditional neighborhood of Gion along with its Geisha has contributed to making Kyoto famous. Despite an urban metamorphosis, the spirit of Kyoto positively asserts itself here.