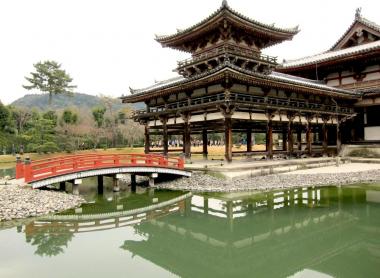 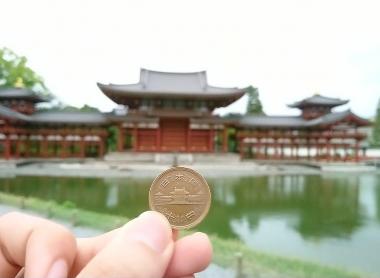 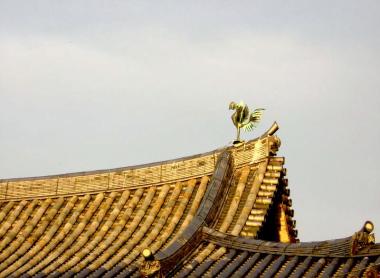 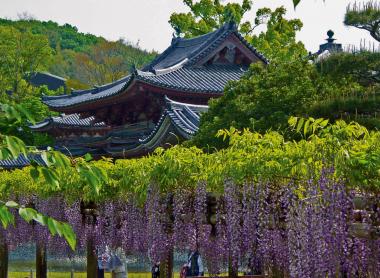 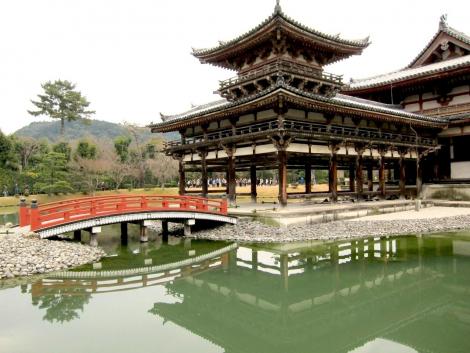 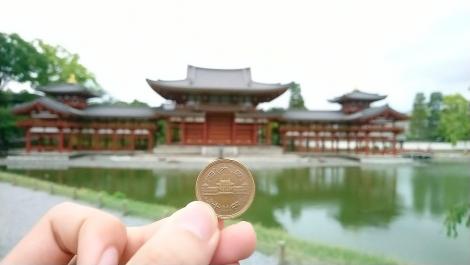 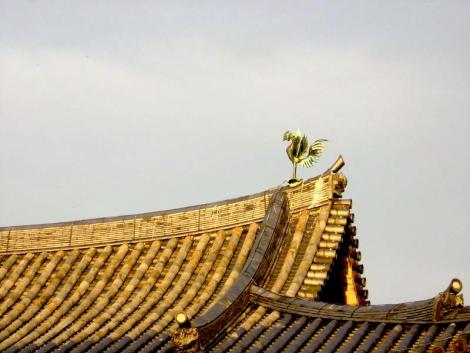 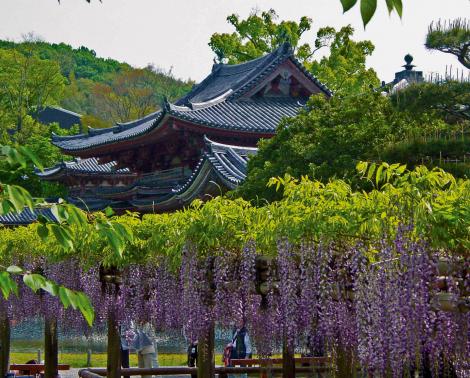 Byodo-in, a temple of Chinese inspiration

On the southern road from Kyoto, only fifteen kilometers away, and not far from Nara, is the town of Uji, famous for its tea production. Uji is also home to the famous Byodo-in Temple, part of the Jodo sect of Buddhism, dedicated to the worship of Amida, the cosmic Buddha of "Infinite Light." It is easy to get to the UNESCO protected site, located a short distance from Kyoto. The temple is also very well known in Japan because its image adorns the back of the 10 yen coin.

Built in 1053 on a small island in the middle of a pond, the main building is called Phoenix Hall, or hoodo, because its architectural form with two wings evokes the flight of the legendary animal. Two of these birds, sculpted in bronze, perch upon the rooftop: they are fenghuang, Chinese phoenixes, called hoo in Japanese - this is why the building is called hoodo, Phoenix Hall.

Its most remarkable feature, however, is a colossal 3 meter high statue made of wood and covered in Gold leaf. Attributed to the monk and master artist Jocho (who died in 1057), it represents the Amida Buddha in the company of Bodhisattva (being promised enlightenment). Located inside the main building, visits are done in small groups.

Large tarps covered Byodo-in between September 2012 and April 2014, as Phoenix Hall was renovated in bright vermilion, and the two phoenix statues were reborn from their ashes with new metallic sheen before the site was reopened to the public.

Originally, this temple was a second home built for politician Minamoto no Shigenobu in 998. This villa was later bought by a very important chieftain, Regent Fujiwara no Michinaga (966-1027), who also used as a retreat.

Fujiwara no Michinaga's son, Yorimichi, transformed the residence into a temple originally held by the esoteric Tendai sect of Buddhism. A garden and a pond, originally larger than they are today, were built for boat rides. Since the Amidist sect invested in Byodo-in, they aimed to recreate the Buddhist Pure Land Paradise. Byodo-in is a testimony to both the faith and lifestyle of the nobility of an era during which the deity was humanized as compassionate and merciful. Only the houdou building remains from this period.

The gardens of Byodo-in, although modest in size, are still very pleasant to walk around, especially during the cherry blossom season (hanami). One hour is enough to go around and photograph the Phoenix Hall from all angles.

At the other end of the park is the museum, built in 2000 and designed by architect Akira Kuryu (b. 1947). It showcases the treasures of the site including the bodhisattva musicians who look like the cherubs from Christian imagery. A pure delight. 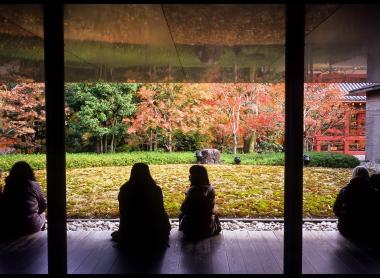 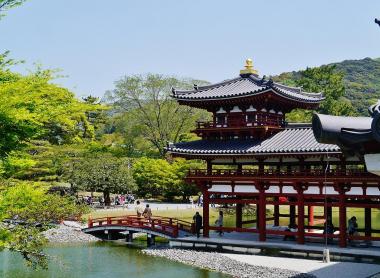 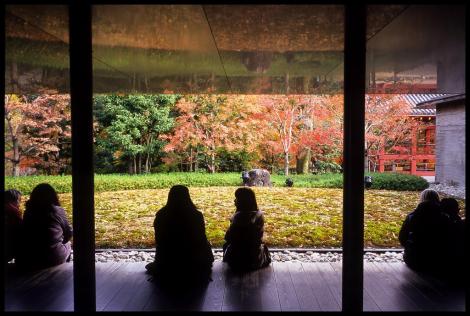 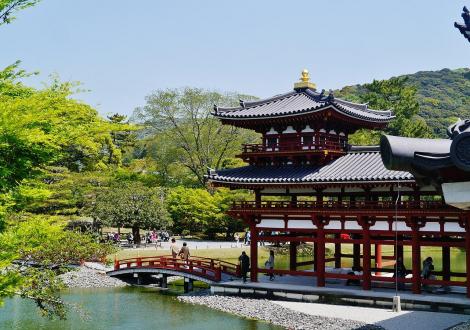 How to get to Byodo-in in Uji?

The easiest way to get to Uji town to visit Byodo-in is from Kyoto station. Then you just need to take an express train on the JR Nara line (included in the Japan Rail Pass, or 240 yen). The journey takes only 17 minutes. Coming from Osaka, you will have to go to Kyoto station first.

Get off at Uji station, take the south exit and walk 10 minutes to reach the temple, which is well signposted. On the way, you will have the opportunity to do some souvenir shopping through the small streets, or taste some delicious matcha ice cream (the specialty of the area).

If you prefer to drive to Uji, to admire the famous landscapes of terraced tea fields, the journey takes only 30 minutes.

South of Kyoto, the torii of Fushimi Inari Taisha, traditional gates at the entrance to Shinto shrines, lined up in their thousands on the mountainside. This is a must-visit place in Kyoto

A Zen temple tour of Kyoto

Kyoto, the city with 1,000 temples, is home to some of the most impressive Zen Buddhist complexes in the country.