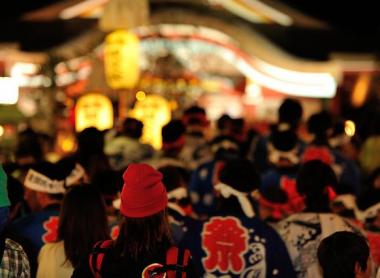 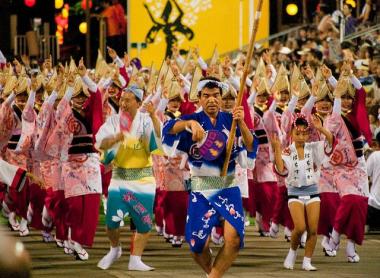 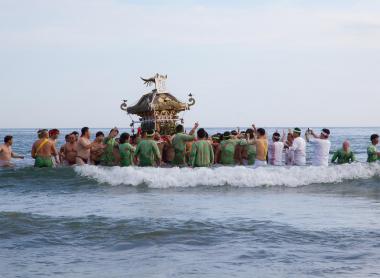 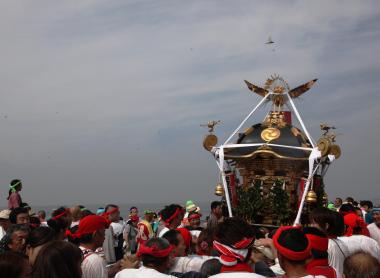 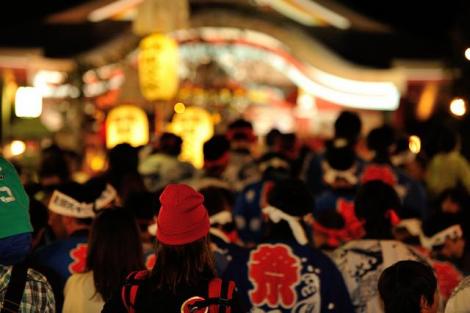 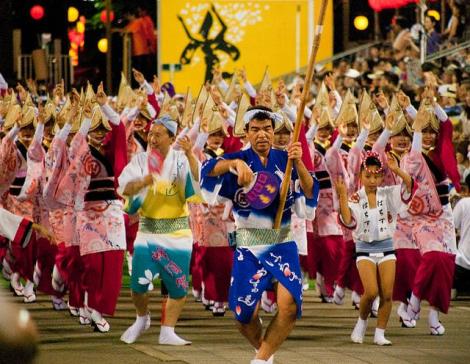 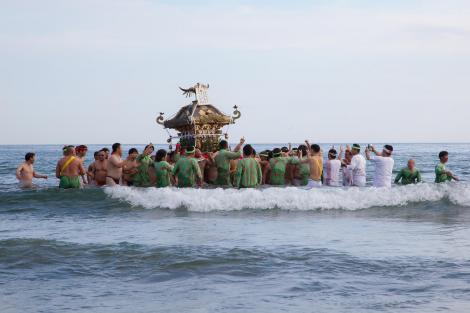 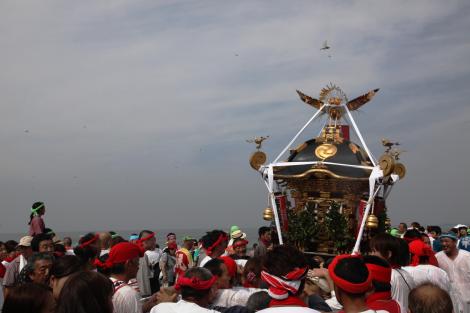 Everything you need to know about matsuri

The matsuri are at the origin of the ceremonies in honor of the Shinto deities. They take place throughout the year across the Archipelago and are of great importance. Nowadays, the word matsuri can refer to any holiday. Whatever the origin or the theme of these festivals, they constitute for travelers a plunge into the centuries-old traditions of Japan and shake up stereotypes: Japanese parading in half-naked, men and women huddled together to wear the " divine palanquins ", jubilant crowds… We are far from the image of reserved and shy Japanese people…

What is a matsuri?

Matsuri is the Japanese word for a festival or celebration . Originally, the word matsuri was a generic name used for all Shinto ceremonies . In Japanese, matsuru means "to honor", "to celebrate the gods". It is therefore a feast to thank or pray to the kami (Shinto deities). Over the centuries, the term matsuri has been extended to all festivals, sometimes to Buddhist festivals but also to events: "Feast of cherry blossoms" "Feast of plum trees" for example. Shops also use this term when there are promotions on a product or exhibitions of regional specialties: "Hokkaido matsuri" "Okinawa matsuri", etc.

Each Shinto shrine has its festiva l, once or sometimes twice a year. In ancient and rural Japan, these festivals were usually held in the spring to pray and ask for bountiful harvests and in the fall to thank the gods for having given good harvests. Or to pray to the god of the sea for the safety of fishermen and for abundant fishing. But matsuri can also be simply celebrated in honor of the deity of the shrine or to commemorate an event. So there are all year round. There are said to be more than 100,000 a year across the archipelago. Some, which have become very famous, now attract visitors from all over the world, such as the Sanja Matsuri in Tokyo or the Matsuri de Gion in Kyoto. 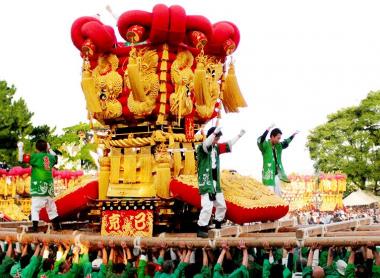 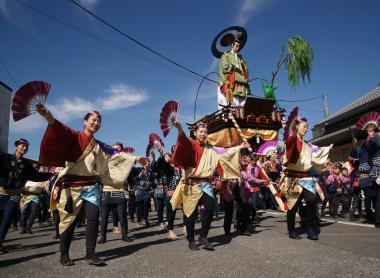 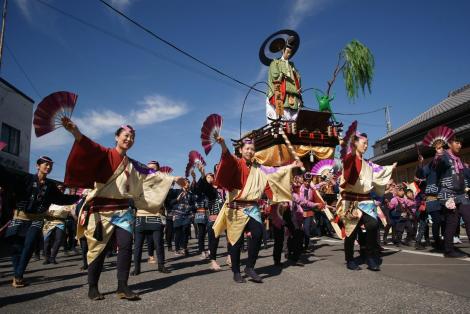 Certain cities or districts but also small villages seem to live to the rhythm of these festivals which require a great mobilization on the part of the participants, immense energy and also significant financial means . Each household in the neighborhood where the party takes place is invited to make a donation. The preparations and rehearsals for the songs, the dances, the music are done over several months, from year to year.

The natsu matsuri , summer festivals , are distinguished from other festivals that take place the rest of the year by their greater thematic diversity and their more "individual" character. The feast of O-bon , of Buddhist origin, is dedicated to the deceased of each family. Tanabata is above all an opportunity to make wishes and the Fireworks , symbols of the Japanese summer, are only intended to entertain the population. Various parades and other shows can also bring crowds together. If you are in Japan in the summer, do not miss this experience!

Small glossary to help you find your way

Later, we built very elaborate floats, delicately worked and decorated, representing a sanctuary or other buildings or objects representative of a city or a district, or even a boat. There are around 5,000 distributed throughout the archipelago. Some host karakuri , large dolls usually representing deities.

The course of a matsuri

A matsuri generally takes place in two parts : the sacred part where the priest or the higher priestess, gûji sama, invokes the divinity by incantations and asks her to "descend" into the relic of the sanctuary, the physical incarnation of the kami , that the guji sama will place in the main mikoshi that it will seal.

This sacred ceremony takes place "behind closed doors", inside the sanctuary ( honden ), where the relic of the kami is deposited. Only members of the sanctuary and a few personalities can attend these rituals. Access to the honden is still prohibited to the public.

This very ritualized sacred ceremony is followed by the procession of mikoshi , a popular festivity imbued with dynamism and gaiety where the sacred character of the festival is sometimes difficult to detect ...

The mikoshi bearers are generally divided into three groups : the members of the sanctuary, sometimes dressed in white, a symbol of purity. Ordinary people , in general the inhabitants of the neighborhood, sometimes wearing a yukata and… the yakuza . Yes, these members of the Japanese maffia, usually excluded from Japanese society, are an integral part of these Shinto festivals. This is explained by the fact that those who run the stands during the festival were hawkers placed under the authority of an oyabun (godfather / leader). Some of them could wear the mikoshi. This corporation gradually developed into a maffia and the yakuza did not want to lose the role they had during these festivals. In the parties where they have always participated, they are accepted de facto. We recognize them by their tattoos, which they can proudly show off during the party.

Formerly, only men (women, considered impure, were excluded although in antiquity shaman priestesses were venerated!) From the shrine district had the right to carry mikoshi or to pull chariots. Little by little, women were accepted. Nowadays, with the depopulation of the countryside, the number of young people and modern entertainment, some villages or neighborhoods lack participants and accept or even ask for the participation of people from outside. Sometimes you can even see foreigners wearing the mikoshi. They are generally residents.

Guided by a sumptuously dressed Shinto priest who waves his sacred pine branch ( sasaki ) to bless the neighborhood, mikoshi bearers parade through the streets to the sound of traditional Japanese instruments such as the taiko (Japanese drum) or the flute. Sometimes they are accompanied by dancers and are always followed by residents of the neighborhood or anyone wishing to join the procession.

The parade of mikoshi and / or floats passes through the streets of the city to ask the deities to bring their blessing to the inhabitants but also to entertain them and show them their neighborhood. This is why the "divine palanquins" are, during the procession, sometimes strongly agitated from top to bottom and from left to right: we want to amuse the gods and show them the fervor of their faithful.

All this under the very dynamic "song" of “Oissa! Oissa! ” or others "Washoï, washoï". The procession ends in front of the shrine, with redoubled energy to shake the portable temples.

During well-deserved breaks, local shops and restaurants offer mikoshi carriers drinks and snacks. At the end of the party, each porter receives a small gift: fruit, cakes ...

An air of funfair with Japanese street food

The shrine of which it is the matsuri is found surrounded by stalls of games and food , the Yatai . The most popular dishes are takoyaki (octopus balls), kara-age (fried chicken), yakisoba (stir-fried noodles), yakitori and kakigôri (crushed ice cream in syrup) and taiyaki (waffles filled with a accompaniement). Children also feast on cotton candy.

To discover the main festivals that take place throughout the Japanese year: Events & festivals