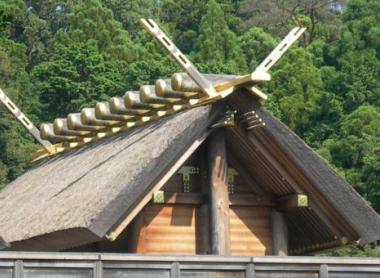 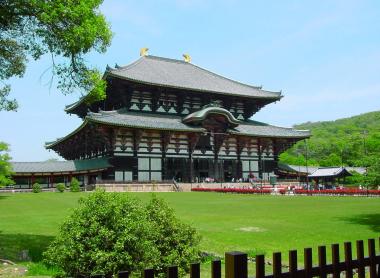 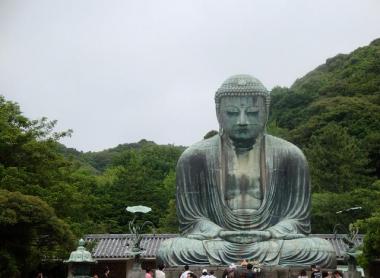 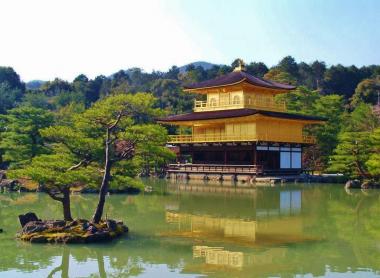 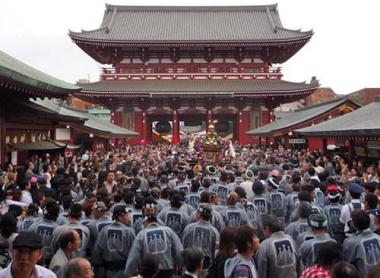 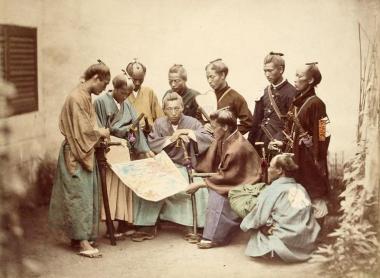 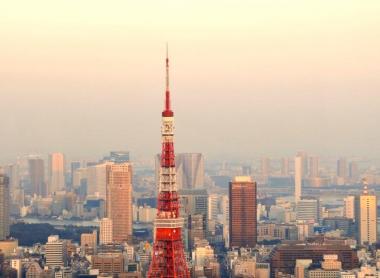 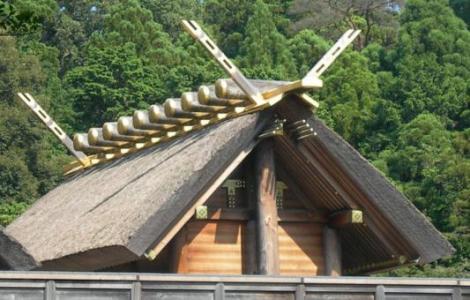 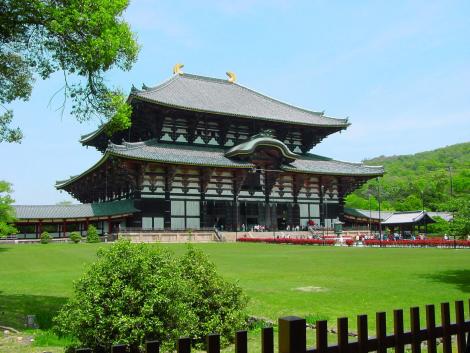 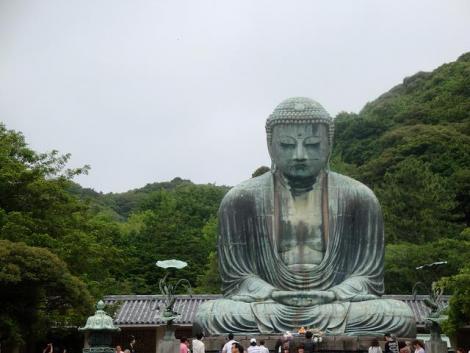 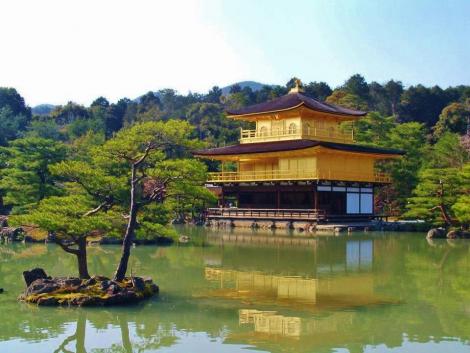 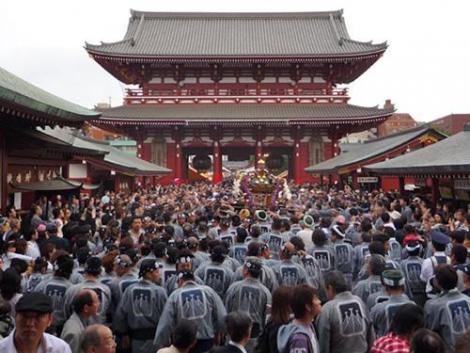 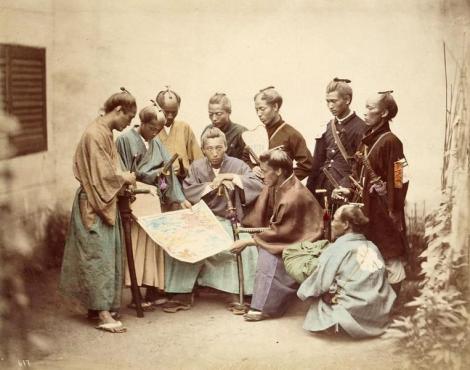 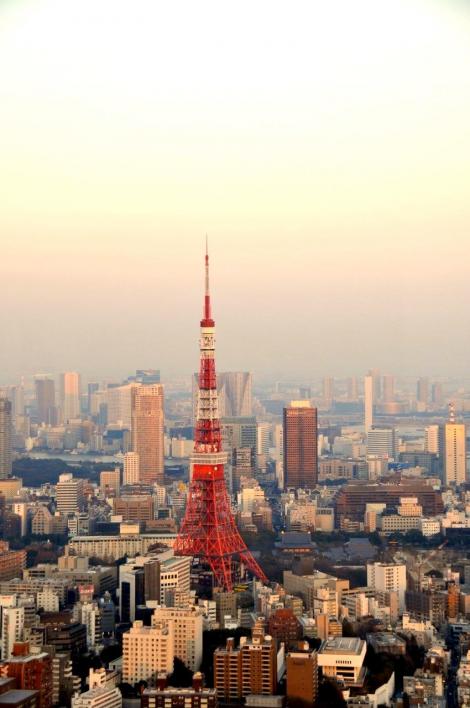 Summary of key dates in Japan

Prehistory (combining the Jomon and Yayoi periods) sees the first communities, engineering and agriculture appear. This is the time of the mythical founding of Japan by Emperor Jimmu and that of the construction of the temple of Ise.

Japanese protohistory is marked by the Kofun, these monumental tombs visible in particular in Sakai and Nara. An authority begins to appear in the plain of Yamato (Nara).

The history of Japan is enriched and modeled on Chinese civilization. Introduction of Buddhism, writing, architecture, and sculpture. Construction of the first Japanese temple: the Horyuji (in the city of Nara).

Affirmation of the central power of the emperors. Construction of the first capital in Nara and its great temples: Todaiji, Kasuga Taisha, etc.

Relocation of the capital to Heian-kyo (Kyoto). Foundation of a Chinese-style monarchy, dominated by the great family of Fujiwara regents. This period of Japanese history is considered the classic era of Japanese civilization, as The Tale of Genji was written. Construction of Byodoin in Uji. Development of Buddhism with the monk Kukai and foundation of the temple of Mount Koya.

The power of the imperial court gives way to the clans of samurai. Struggle between the Minamoto and the Taira during the Gempei War. The dictatorship of Taira no Kiyomori, but the victory of Minamoto no Yoritomo and establishment of the first shogunate (feudal government). Transfer of power to Kamakura and construction of its temples including the Great Buddha of Kamakura and the Tsurugaoka temple. Development of Zen Buddhism by the monk Eisai.

The overthrow of the Kamakura shogun by Ashikaga Takauji, who founded the 2nd shogunate and reinstalled power in Kyoto. The establishment of Japanese feudalism, and the fusion of samurai and court culture, resulted in a flowering of the arts. tea and Noh theatre. Construction of the most famous temples in Kyoto (Kinkakuji, Ginkakuji, Ryoanji).

The disappearance of the central power and the emergence of daimyo (regional warlords) was caused by repeated civil wars. At this stage in Japanese history, the country was divided by a continual civil war until the appearance of the three unifiers: Oda Nobunaga, Toyotomi Hideyoshi, and Tokugawa Ieyasu. Construction of the great Japanese castles (Himeji and Kumamoto). First contact with Europeans and introduction of Christianity.

Reunification of Japan under the 3rd Tokugawa shogunate and installation of power in Edo (Tokyo). Closure of the country to foreigners and prohibition of Christianity. Urbanization of Japan and development of a wealthy merchant class. Development of Kabuki theater and the art of prints. Construction of Nijo Castle in Kyoto and Senso-ji Temple in Asakusa in Tokyo.

The final period of the Edo period. The forced opening of Japan by the Americans resulted in the overthrow of the Tokugawa government. Beginning of the modernization and industrialization of Japan. And the foundation of Yokohama.

Restoration of imperial power and relocation to Tokyo (ex-Edo). Japan becomes a modern power. Modernization of Tokyo with the creation of the districts of Ginza, Marunouchi. The arrival of the railway and electricity. Conquest of Korea and Taiwan. Military victories against the Russian Empire and China.

The contemporary history of Japan is marked by a period of economic crisis and difficulties termed the "lost decade", but also by the cultural influence of the country in the world and the Fukushima nuclear disaster in 2011. Construction of the Sky Tree tower and chosen as the host city of the 2020 Olympic Games.