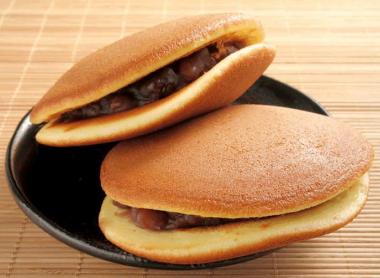 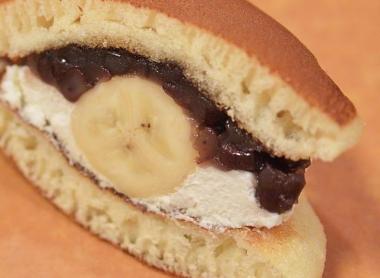 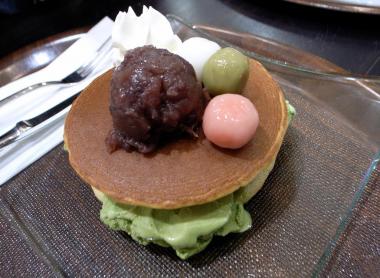 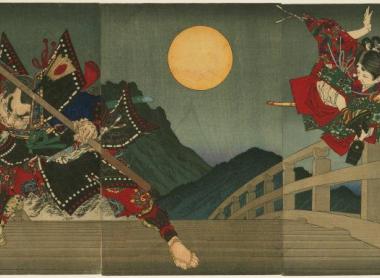 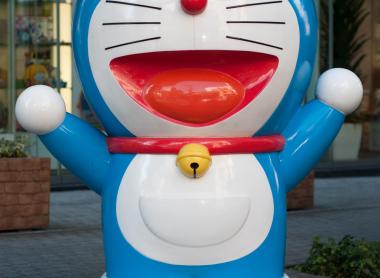 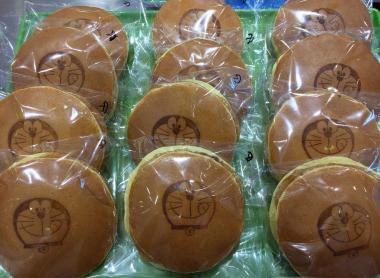 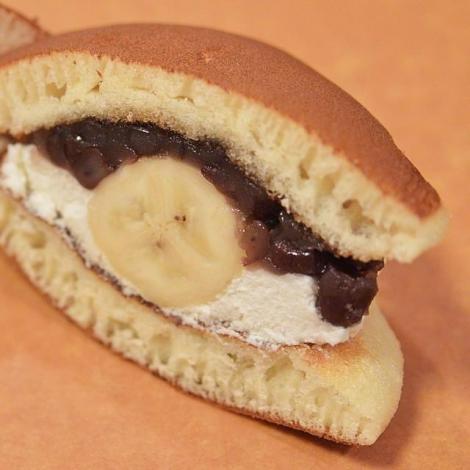 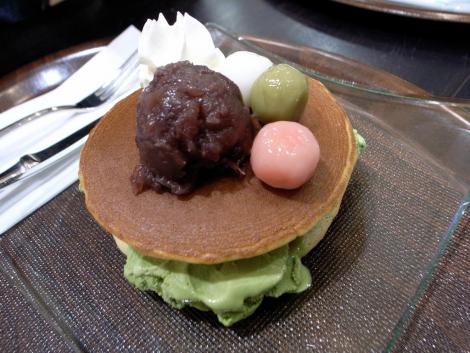 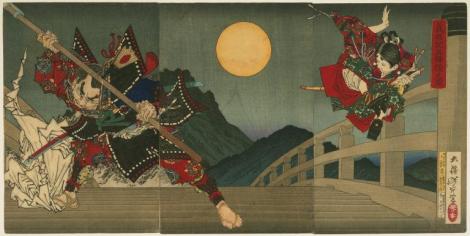 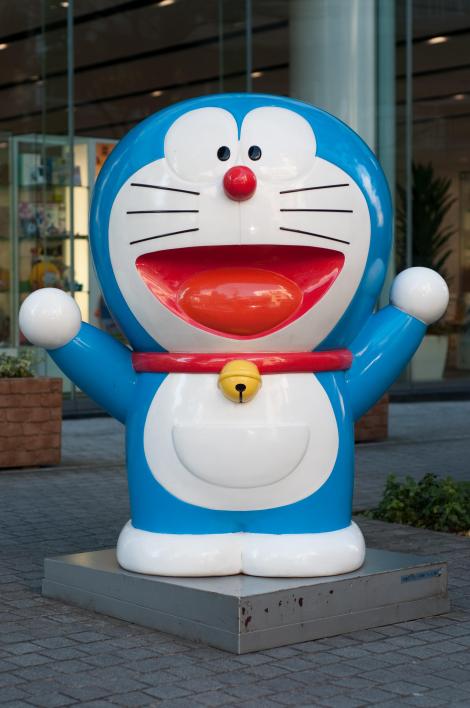 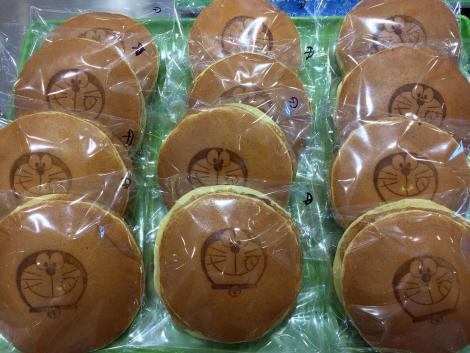 Dorayaki is perhaps one of the most well-known and popular Japanese pastries. It is traditionally made of two round, flat round cakes stuck one against the other by a red bean paste very popular with the Japanese, the anko. It can also be filled with chestnut, matcha, or cream ...

Contrary to what one might think and despite their appearance, the two sides making up dorayaki are not actually pancakes.

Indeed, their recipe derives from a Portuguese cake: the "Castella" (pronounced in Japanese, kasutera), imported by missionaries in the sixteenth century. The kasutera has a consistency like a sponge cake while the pancake appears slightly thicker and neither has the same texture nor taste. Dorayaki is softer than a classic pancake, and pankeki is a whole different cake in Japan.

In the original recipe and like many traditional Japanese pastries, dorayaki is stuffed with sweet azuki paste (Japanese red beans). However, there is often a version with a dab of whipped cream, called nama dorayaki. Nama means "fresh" or fresh cream or whip cream.

Other variations exist since it is very easy to change the filling of dorayaki: chestnut, sweet potato cream, matcha cream... You can also put ice cream and even add all kinds of ingredients on top. In short, there's something for everyone!

The controversial origin of dorayaki

Several stories surround the birth of dorayaki. The word dora means "gong" in Japanese, the name of the pastry would come from its round shape and its golden color. It is said that the warrior-monk Saito no Musashibo Benkei (1155-1189) would one day have forgotten his gong at a farmer's house where he was hiding. After his departure, the farmer would have fried a cake on this instrument and thus invented dorayaki. But it is also said that the farmer and his wife would serve a cake shaped to Benkei, thus making it popular as the legend say...

It is also possible that the round, flat shape of the dorayaki is simply inspired by Western pastries. Indeed, the majority of wagashi, the traditional pastries of Japan, rather have "closed" shapes, the bean paste being entirely inside the cake, as is the case of small manju or imagawayaki. , a cousin of dorayaki in recipe and taste. This is not the case with dorayaki, which is "open" on the side.

It did not have this appearance of "sandwich" at the beginning: we trace the current presentation to a pastry shop in Ueno in Tokyo, Usagiya. The establishment, which still exists, is said to have started marketing dorayaki in this form in 1914.

You should also know that in the Kansai region, dorayaki does not have the same name: it is called mikasa, in reference to Mount Wakakusa, nicknamed Mikasa. This hill near Nara is known to be an excellent vantage point for viewing the moon (tsukimi). The shape of the dorayaki is said to remind locals of the full moon seen from Mount Mikasa. In Nara, a very large dorayaki (about 20 cm in diameter) is also sold. A simple dessert-like cake is rich with history!

Discover Kansai with our self-guided tour "Escape to Osaka"

Dorayak i is popular with all Japanese people, young and old. Therefore, natural to find it everywhere in Japanese popular culture. In particular the famous anime character of the 1980s, Doraemon, a blue robot-cat who loves dorayaki. He also regularly falls into all kinds of trouble for his obsession with the round cake! This is why some dorayaki vendor stalls have a Doraemon design or figurine on display.

More recently, dorayaki was celebrated in the acclaimed film "Sweet Bean", by Naomi Kawase (2016). The film achieved critical success  - and the plot is about love, compassion, and the art of Dorayaki. 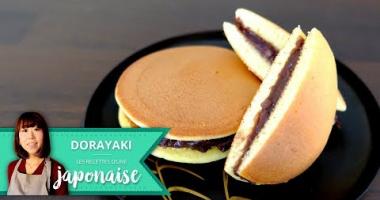 Where to eat dorayaki?

Dorayaki of all kinds is easy to find in the overwhelming majority of Japanese konbini and supermarkets. However, if you want to try it in a more authentic setting, try the specialized pastry shops. Here's our recommendation:

The original dorayaki as we know it today. Located near Ueno, it offers a whole range of cakes, its classic dorayaki filled with anko remaining a bestseller.

Founded in 1861, Seijuken is renowned for its homemade dorayaki. The red bean paste is made by hand every morning by the chef. A delight!

Well known in the historic district of Asakusa, Kameju is popular for its particularly large and chewy dorayaki. Not to be missed if you visit Senso-ji and need a quick fix!

Half-day discovery of Tokyo with our travel angel