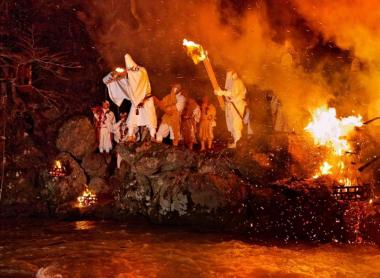 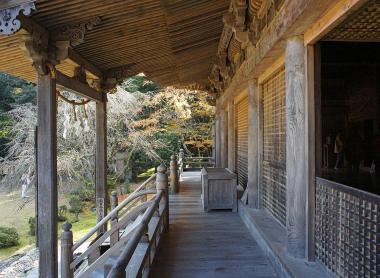 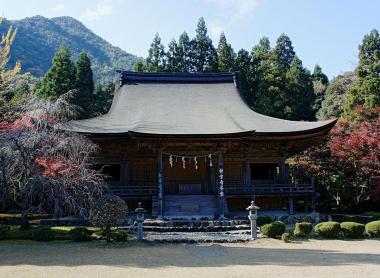 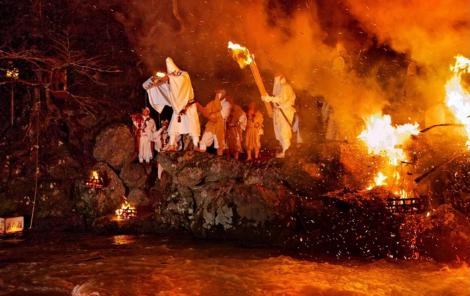 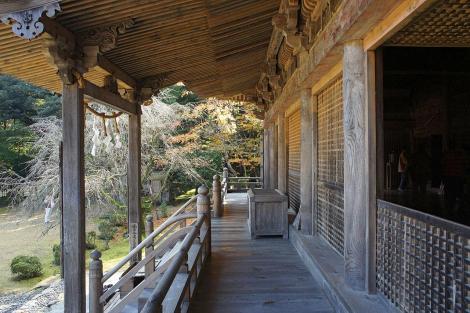 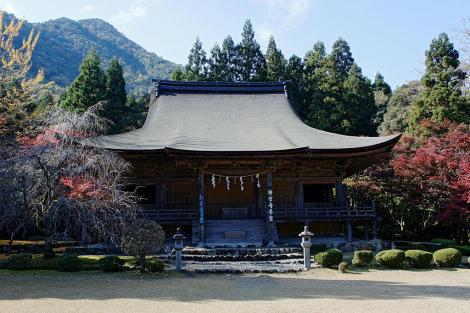 The sending of holy water

Every March 2, in the city of Obama, takes place a strange ceremony called Omizu-okuri , literally "the sending of water".

Omizu-okuri ("the sending of water"), this name resonates like that of Omizu-tori ("to take water"), the famous ceremony which takes place at the Todai-ji temple in Nara and which attracts crowds from all of Japan.

A legend more than a thousand years old

Omizu-okuri , is much less known but nevertheless, everything started in Obama , in the former region of Wakasa (west of the current Fukui prefecture). On this second day of the third month of the year 752 , all the kami ( Shinto deities) of the archipelago had gathered for the reception of Shuni-e, given in honor of Kannon, the bodhisattva of compassion (often called the goddess of compassion) of the Todai-ji temple in Nara. All except one, the god Onyu Miyojin who, having gone fishing, arrived very late at the party. In order to appease the wrath of the other deities and to be forgiven, Onyu Miyo-jin promised to send perfumed water ( kozui ) to the goddess Kannon of the Todai-ji temple every year. No sooner said than done: no sooner had these words been spoken than two cormorants, one white and one black, flew off a rock from which water sprang.

It is said that since that day, on the night of March 12 to 13, the day of the "reception of water" in Nara, water straight from Obama is flowing from the secret well located under the Nigatsudo building. of the Todai-ji temple. Thus, to Obama , every March 2 , for 1265 years Continuously, even during World War II, Buddhist monks and Shinto priests perform the "sending of water" in the bizarre Omizu-okuri ceremony that begins at Jingu-ji Temple .

of water and fire

Just like in Nara, the Omizu-okuri ceremony begins   by fire , considered sacred and a protector of water. From the terrace of Jingu-ji, monks "purify" the crowd using huge torches which they will use to light a large pyre. It was then that thousands of participants threw their little torches into it before picking up others and starting a long parade. Plunged into darkness, the road that leads from Jingu-ji to the small Shinto shrine near the river, from where the water will be sent, is soon illuminated by the light of torches . A long procession, called dattan , is led by the yamabushi (mountain ascetics) dressed in a white tunic adorned with six colored pompoms, followed by six monks and musicians. Also dressed in white, they accompany the parade with the sound of their shells.

Also following are the sacred water carriers and two huge torches about 7 meters long, carried by other yamabushi wearing white hoods. Finally, the few thousand (between 2,000 and 4,000, depending on the year) of participants finish the march with a small torch in hand. Braziers are set up along the road to rekindle those that go out on the way. Two kilometers further, this strange procession arrives at the sanctuary where the yamabushi go to sing and recite prayers around a huge pyre supposed to protect "sacred water".

Then, one behind the other, the monks cross a small bridge to reach the other side of the Onyu River. In a whimsical atmosphere , only the light of the torches illuminating the river and these men in white, the priest of the shrine will chase away evil spirits with saber strokes and a monk will read the sacred text of Omizu-okuri. After the customary incantations, the "perfumed water" will be thrown into the river.

Ten days later, at the Todai-ji temple in Nara, monks - far from profane eyes - will collect the sacred water sent by Obama to offer it to the merciful Kannon. 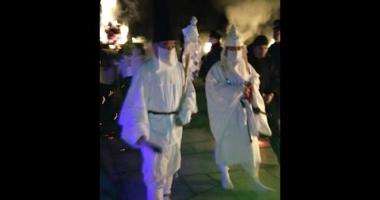 Our tours in Fukui