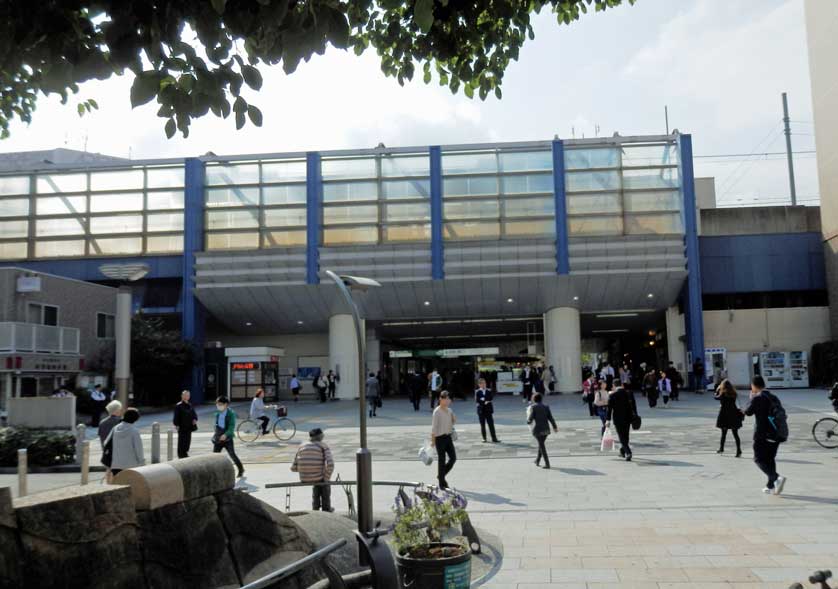 Kita, the name of the ward, translates as "north". Not very far behind Akabane Station flows the Arakawa River which forms here Tokyo's northern border with Saitama Prefecture.

Akabane serves thus as a traffic hub connecting the areas north of the capital with central Tokyo. A number of train lines run all the way through Tokyo and on to destinations south of the capital. 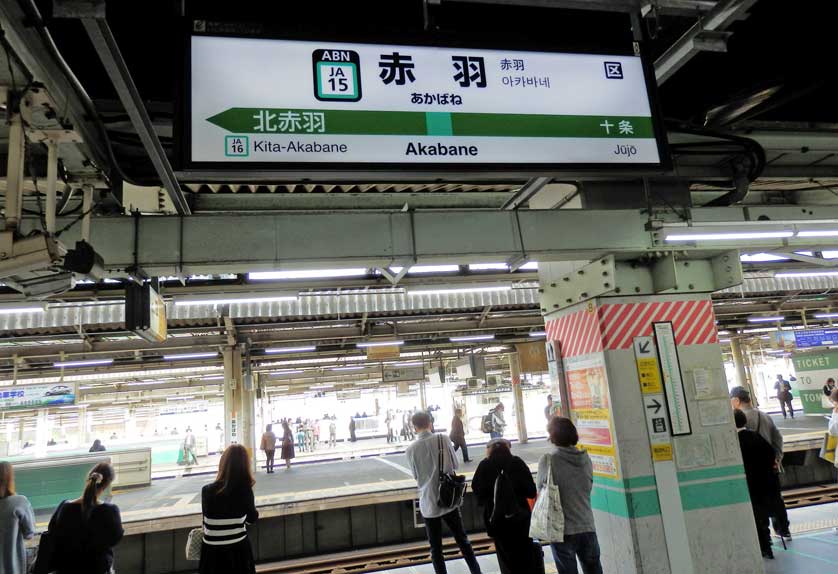 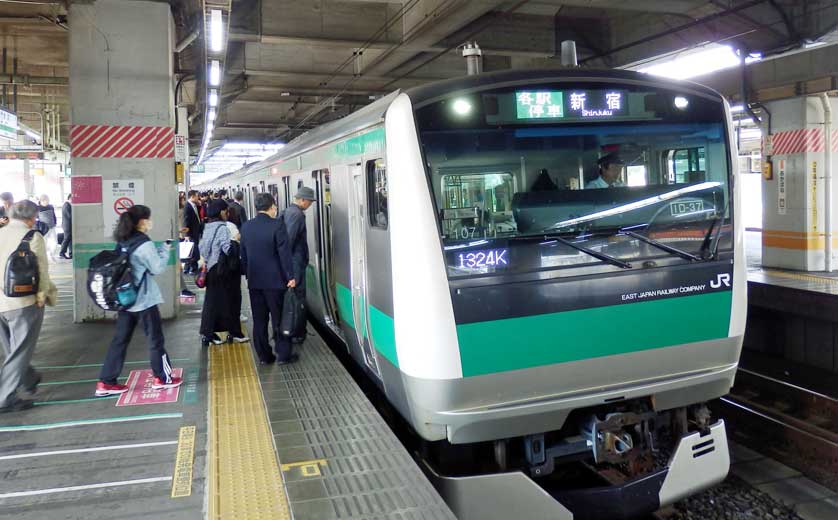 The Tohoku Main Line connecting Ueno Station in Tokyo to the south with the far northeast of Japan. Some of the northbound trains run all the way through to Sendai, some even further up northeast into Iwate Prefecture.

At Omiya Station, only a short ride from Akabane, passengers can transfer to a large number of north-bound Shinkansen lines: the Tohoku, the Hokkaido, the Yamagata, the Akita, the Joetsu and the Hokuriku Shinkansen.

Some southbound trains continue on after Ueno as part of the Ueno Tokyo Line, running all the way to Odawara or Atami, the gateway stations to the scenic Izu Peninsula in Shizuoka Prefecture.

The Takasaki Line runs from Ueno to Takasaki, Gunma Prefecture. This line also stops in Omiya as well as in Kawagoe, the popular historic sightseeing city in Saitama Prefecture before terminating in Takasaki.

The Keihin Tohoku Line runs from Omiya in the north to Yokohama in the south, crossing central Tokyo including stops at Ueno and Tokyo stations.

The Shonan Shinjuku Line crosses Tokyo on a different path. Also originating in Omiya to the north, it runs through Ikebukuro, Shinjuku and Shibuya stations in Tokyo, runs on to Yokohama Station and to Ofuna Station in Kamakura, Kanagawa Prefecture.

Finally, the Saikyo Line runs from Omiya to the north to Ozaki Station in the south. Ozaki is very close to Shinagawa Station, the main traffic hub on the Tokyo waterfront. The line passes through Ikebukuro, Shinjuku and Shibuya stations.

Thus, Akabane Station offers excellent north-south connections covering very much all parts of urban Tokyo as well as extending far to the north and the south of the Kanto Region and beyond. 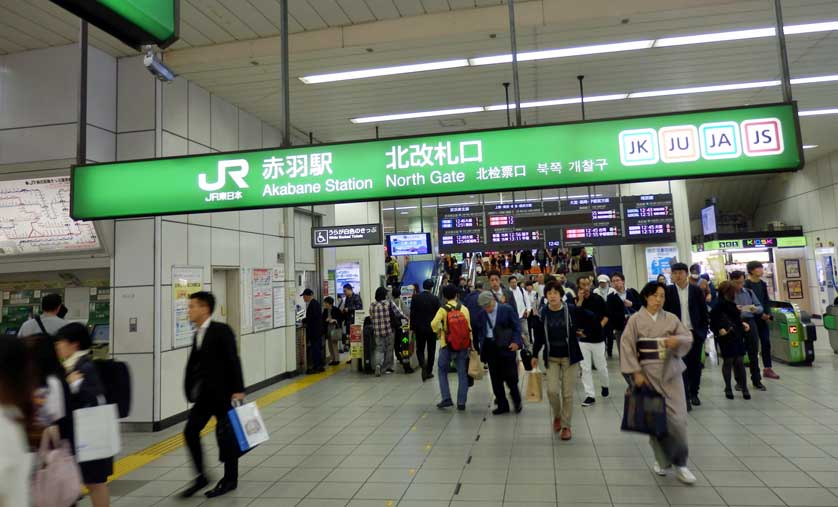 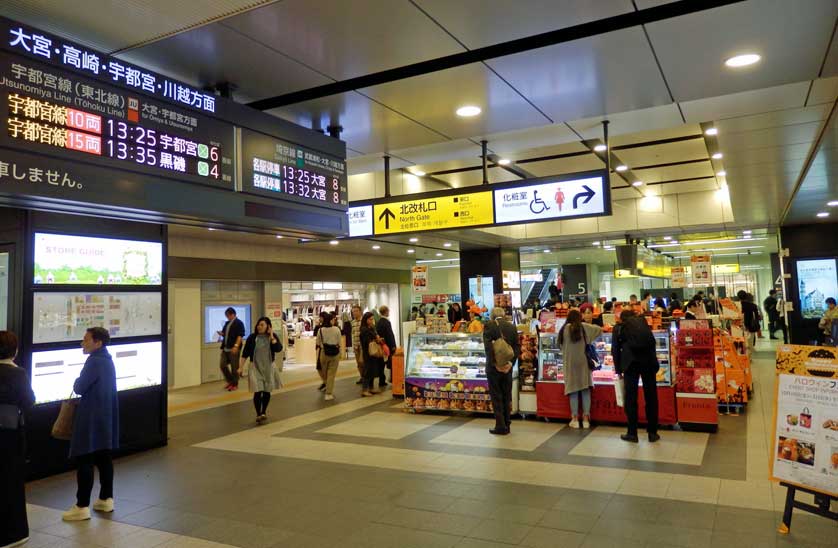 The platform exits lead to two turnstile gates, the North and the South Gate. The North Gate is the by far more popular gate and it leads onto a concourse with signs pointing to East and West Exits.

The East Exit from the North Gate leads into central Akabane. There is a small park right outside the East Exit, consisting of two trees and some abstract artwork. It’s a popular spot though, with many people relaxing there, sipping on cans of coffee or beer or enjoying the smoking area.

The majority of the shops outside the East Exit are just the average variety of Japanese chain stores. Walk a bit ahead and you will enter LaLa Garden, a large roofed shopping mall offering more of the same. 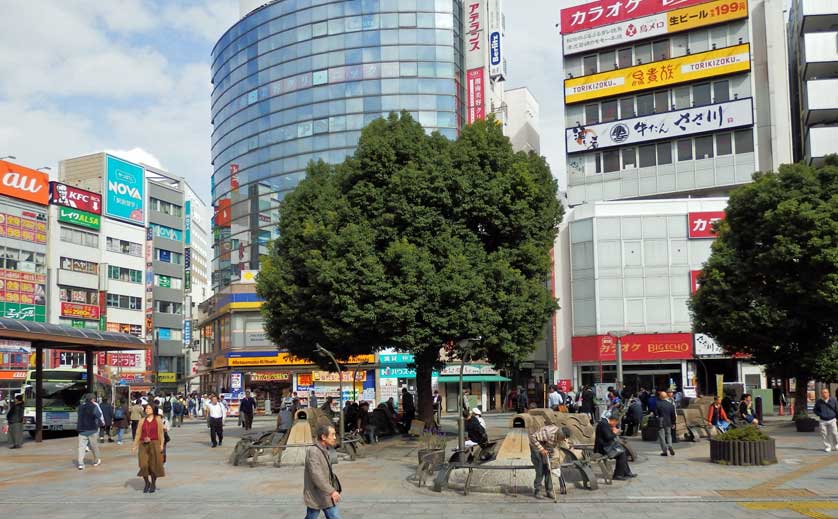 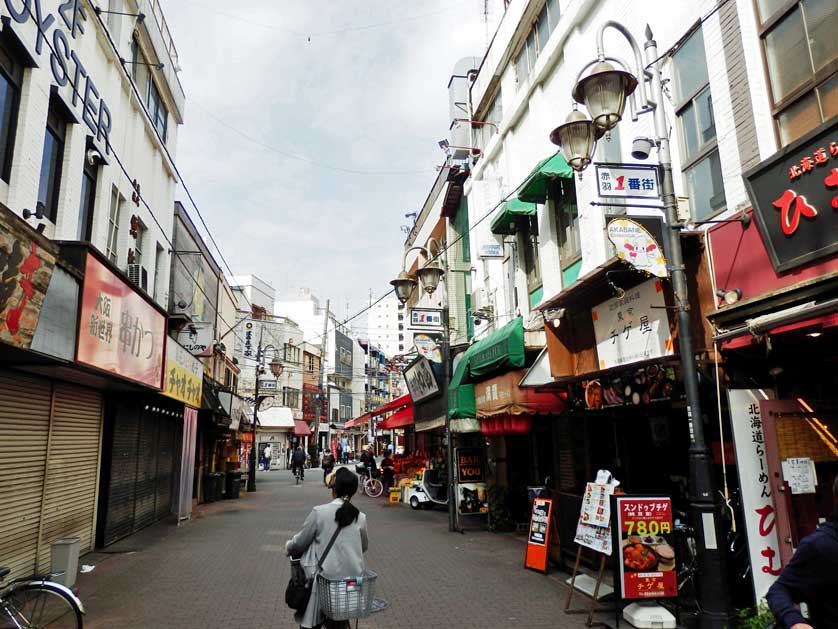 The by far most interesting area close to Akabane Station is Akabane Ichibangai. This is a warren of narrow alleys northeast of the East Exit of the station. There, you walk straight into an area of small shops and eateries that have withstood all the changes of time and still feels like the late Showa Era (1926 - 1989), namely the 1970's / 80's.

The area may look a bit run-down in parts but that doesn't stop businessmen in suits and commuters of all sorts from stopping by at its old-fashioned food stall style restaurants, enjoying a lunch of oden with a cup of sake on the side.

The area becomes very lively in the evenings due to its high concentration of traditional izakaya bars.

If you are looking for a hidden slice of real vintage Tokyo, you will certainly find it in Akabane Ichibangai. 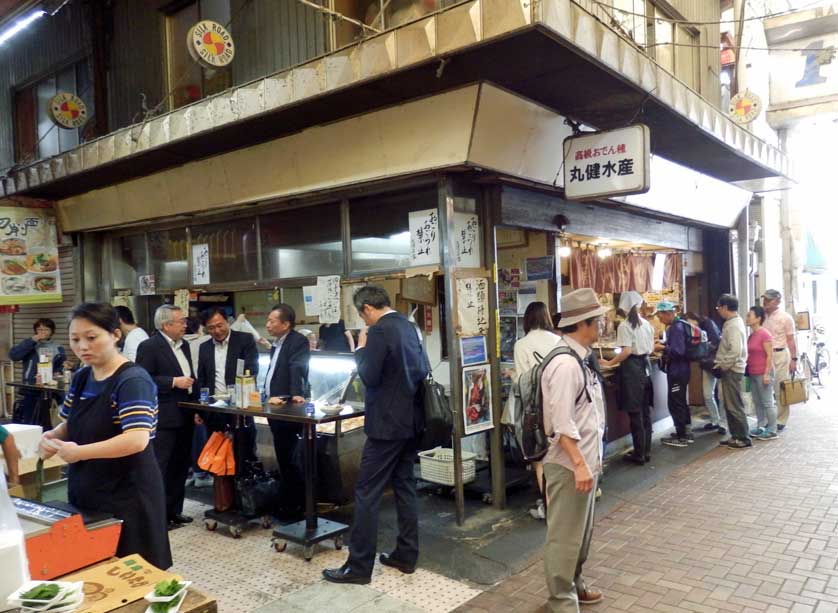