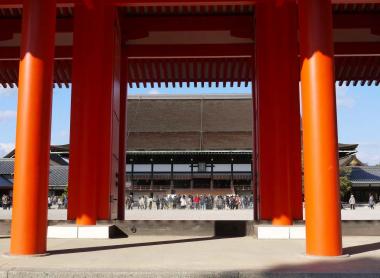 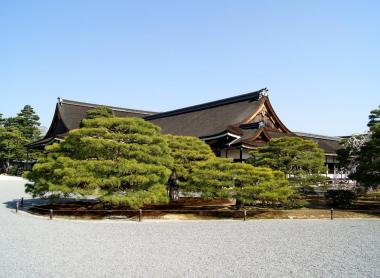 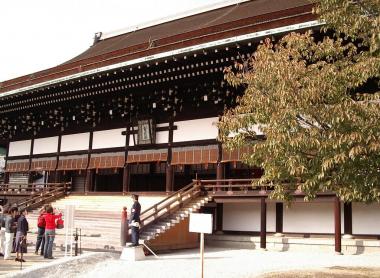 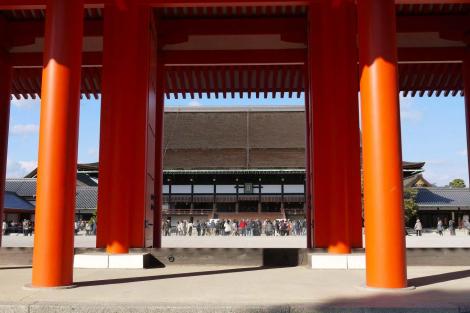 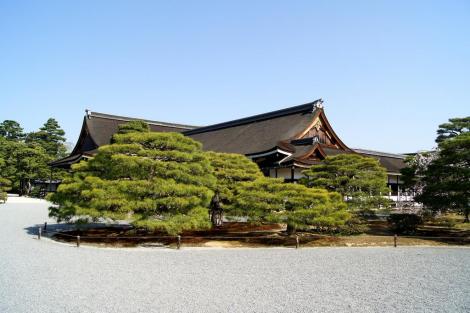 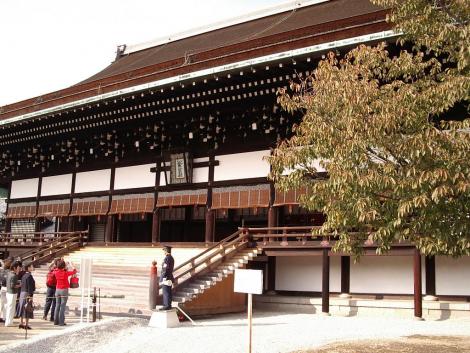 Visit of the former residence of the Japanese emperors

Emperors, empresses, princes, and concubines... lived for centuries behind the walls of Kyoto-gosho, the ancient Imperial Palace of Japan. Today, the former palace which housed the Imperial family for 500 years is an indispensable part of Japanese history,  welcoming visitors from around the world!

Visit kyoto for a day accompanied by a guide

The Kyoto-gosho is built in the heart of the immense Kyoto-gyoen park and within a cob wall. The Kyoto-gyoen also houses two other imperial residences, the Sentô-gosho and the Omiya-gosho.

Built in 794, the original castle was destroyed by fire and rebuilt many times, including six times during the Edo period (1604-1868). The current buildings date from 1855: the style is that of the Heian period (794 - 1185), which has remained a model, with its covered paths and tatami floors.

During the Meiji Restoration of 1868, Kyoto lost its status as the capital to the newly crowned, Tokyo. It was during this time the imperial family moved permanently, making Kyoto Palace a mere second home.

However, the coronation of Emperors YOSHIHITO (or TAISHO of his reign name 1879-1926) and HIROHITO (or SHOWA, 1901-1989) took place here. Emperor AKIHITO (who reigned from 1989 to 2019), the father to the current Emperor NARUHITO, was the first to choose Tokyo for his accession to the Chrysanthemum Throne.

In recent years, Kyoto-gosho can be visited without reservation and for free. However, the visit is limited to the exterior of the buildings. You will first need to reach the palace grounds, which is to the north of Kyoto gyoen, through the western gate, on the side of the Seisho-mon gate. We recommend a visit early in the day to avoid crowds.

The main building is the Shishinden, the iconic hall of imperial power, which once housed the throne of Chrysanthemum, a thirty-three by a twenty-three-meter hall with a gabled roof, is THE hall of honor. Its main staircase opens onto the dantei, a gray gravel courtyard where two trees spread their branches. The cherry tree (sakura) in the east and the orange tree (tachibana) in the west keep the memory of past ceremonies.

You can continue to visit it with a route between the different buildings, each one having a specific function. West of the Shishinden, you will see the Seiryoden, the "refreshing room," in which the emperor conducted his affairs. This is also where the Imperial Archives were stored. You can admire the Kogosho, a courtroom rebuilt in 1959 after a fire, but also the Ogakumonsho, which is a study room.

Finally, there are the residences of the imperial family and concubines, but also high-ranking aristocrats and state officials. The entire landscape is decorated with Japanese gardens. 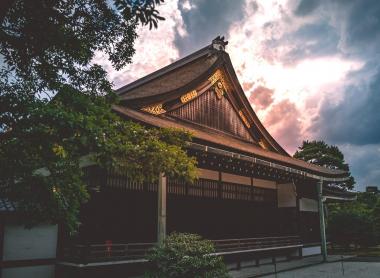 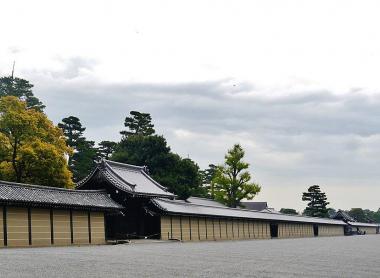 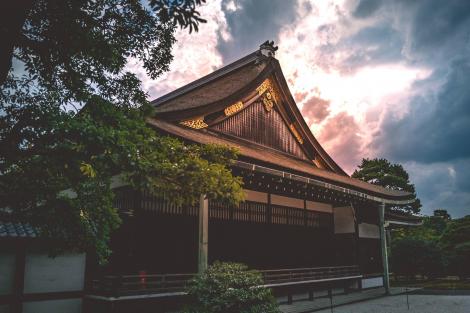 The Kyoto Imperial Palace is located in an immense rectangular park of 63 hectares. This green oasis in the heart of Kyoto was designed by Enshu Kobori (1579-1647), the famous architect who also designed the tea gardens of the Sentô palace and the Katsura villa. About twenty minutes are needed to cross it from north to south, but only a thorough exploration can unearth all the Shinto shrines that are hidden there.

The park is very popular at the end of March during the hanami (literally "watching the flowers") for the blooming of its hundreds of cherry trees, as well as in November for the blazing of its maple trees. But its gently manicured lawns provide an imperial setting for picnics all year round. It is very pleasant to sit in the shade of one of the many pine trees, to enjoy a welcome breeze during the Kyoto summer...

The park is also home to various spaces such as children's games, tennis courts, and baseball fields.

How to get to Kyoto-gosho?

By metro, take the Karasuma line, and get off at either the Marutamachi stop (south of the park) or the Imadegawa stop (north of the park). You will then have to walk through beautiful Kyoto-gyoen to reach the imperial palace enclosure.

The late great silent movie actor Denjiro Okochi was a major star from the 1920's until his death in 1962.

"Washed again in Kurama, we had ascended to the sky without uttering a word, our hands knotted, riveted to the immense trees, drunk with azure and light. "

The traditional neighborhood of Gion along with its Geisha has contributed to making Kyoto famous. Despite an urban metamorphosis, the spirit of Kyoto positively asserts itself here.