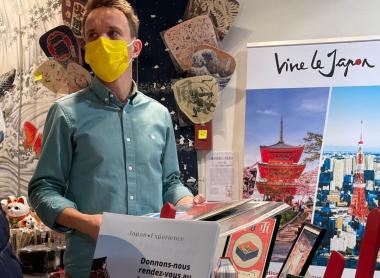 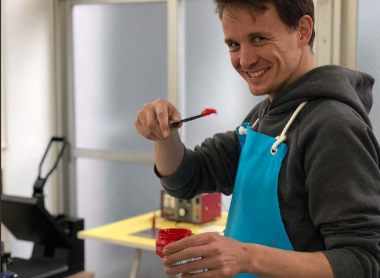 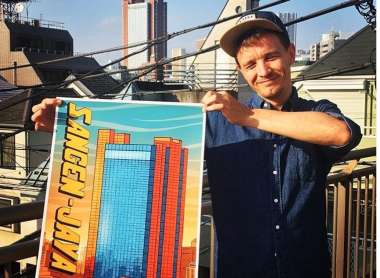 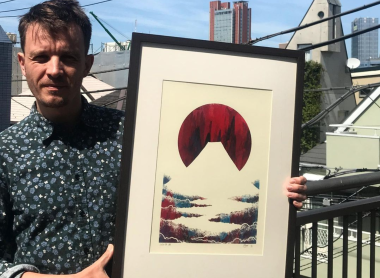 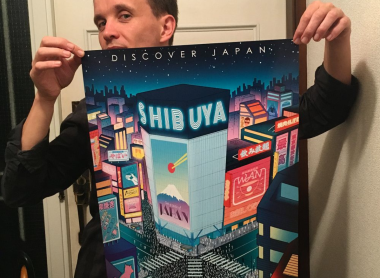 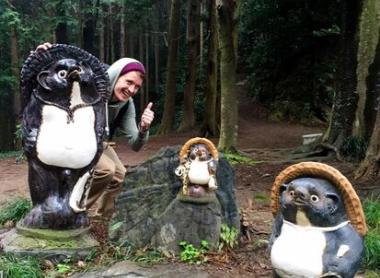 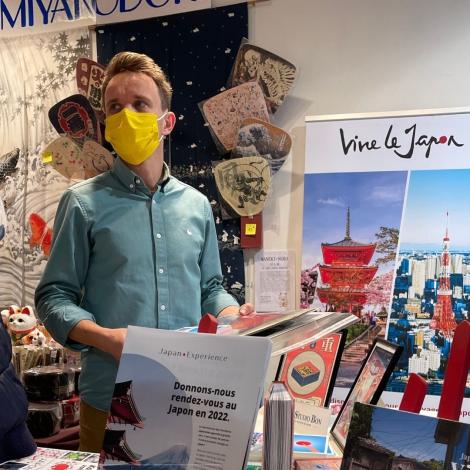 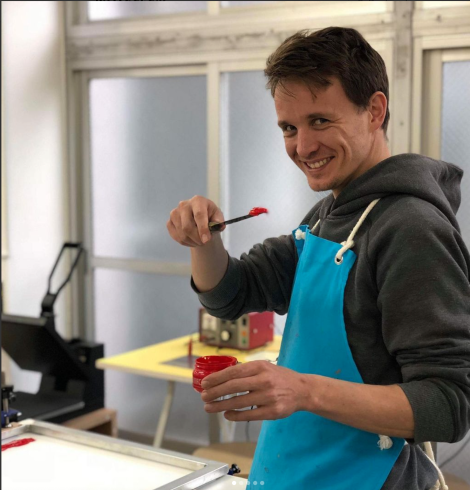 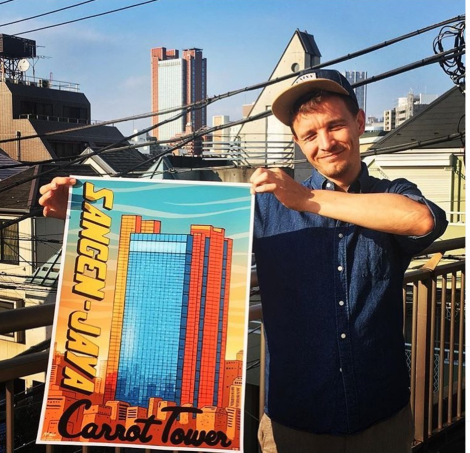 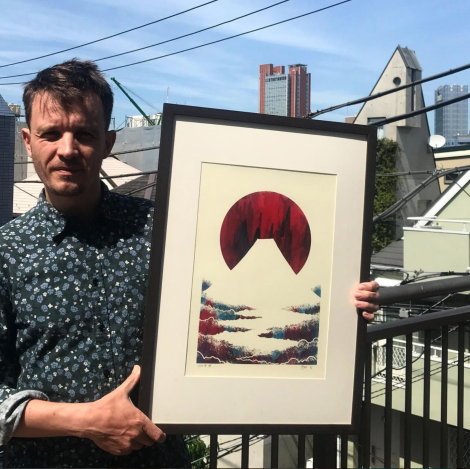 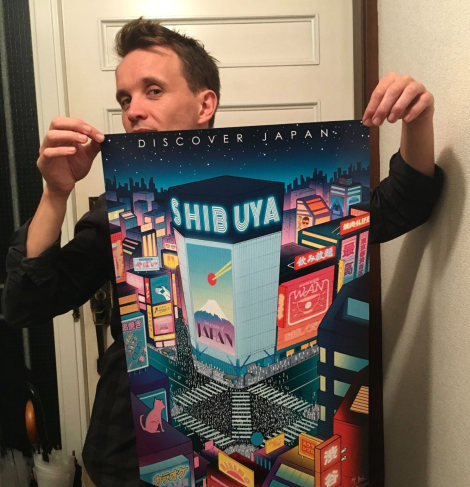 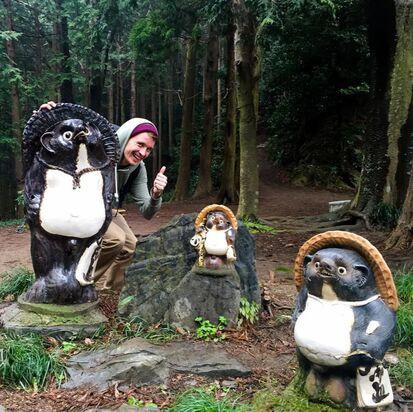 Discover Japan through the art of travel posters and books

From the Japanese megalopolis to the vineyards of Alsace, the Chinese countryside and the Mongolian steppes, Jean Freund fills his Moleskine notebooks with his stories. He likes to take the time to sit down and soak it up in order to leave a trace on the paper.

Jean Freund is a French illustrator and editor specialized in the creation of travel posters, mostly about Japan where he lived for 12 years. A polyglot with a passion for languages, drawing is for him a universal means of communication that invites travel and encounters.

Japan Experience collaborated with Jean Freund during the Salon Idées Japon 2021 in Paris, where he presented his book – Le Bon Voyage Japan. The opportunity for us to get to know more about Jean.

What brought you to Japan?

I was always passionate about foreign languages and my goal was to become fluent in Japanese. I thus moved to Japan in 2008 to work as an interpreter at the French Embassy in Tokyo. Two years later, I was recruited at a multi-national company and at that time, I had the chance to get into The Matsushita Institute of Government and Management ((公益財団法人松下政経塾, Kōeki Zaidan-hōjin Matsushita Seikei-juku).

What is your relationship with Japan?

I started to learn Japanese when I was 16 years old and I was also fascinated by the culture and tradition. In Japan, tradition and modernity meet in a collision of incredible food, beautiful landscapes and highly urban city areas. I found it a natural decision for me to consider my move to the land of rising sun.

It is hard for not enjoying the seasons in Japan as each season has specific sceneries and experiences to offer. I enjoyed spending summer in Hokkaido as the air is crisp and clear wherever you go. Kyoto remains one of my favorite place in Japan as never in my life have I seen a place as magical during fall. The old capital city is dotted with many historical temples and shrines and also a popular destination to enjoy fall foliage.

During the coldest months, it is a perfectly fine time to visit Takayama. The winters adds another dimension of allure to the already charming historical town such as Hida-Takayama or the historical village of Shirakawago. Not to forget Shikoku island during spring as it is the most popular pilgrim season. With its moderate temperatures and beautiful scenery, it is the most optimal period to visit this holy island.

What is your favorite food in Japan?

I love Japanese food! Japan is home to some to some deliciously fresh cuisine and famously nutritious, with a diet based around super fresh, seasonal products. The first thing that comes into my mind instantly is Sushi. Put simply, sushi is raw fish served on rice seasoned lightly with vinegar.

My favorite late-night meal is the Ramen. Nearly every region in Japan has its own variation of ramen. Honestly speaking, I loved them all with or without soup!

.... And which do you wish was available in France?

Without any hesitation, it is the Takawasa. It is a true adventure for anyone interested in trying exotic and raw seafood. It a must-try classic of Japanese cuisine, made with fresh raw octopus, vegetables and a wasabi sauce.

What is essential for a travel to Japan?

Your passport of course!  That's the most important thing!

When you are travelling very far to get to Japan, the most essential things you should have is “curiosity”. As we know, when it comes to etiquette, Japan brings up a lot of images of special routines and rituals. I would recommend reading about some basic etiquette and phases. 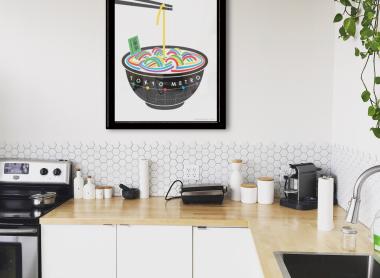 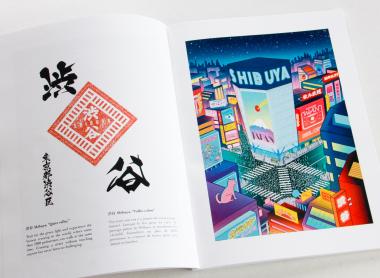 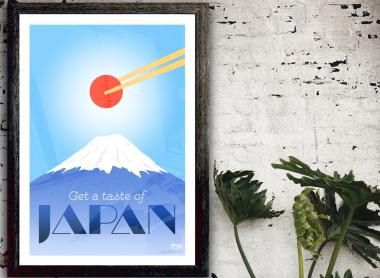 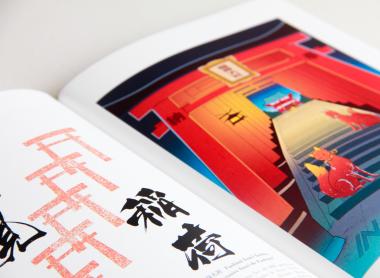 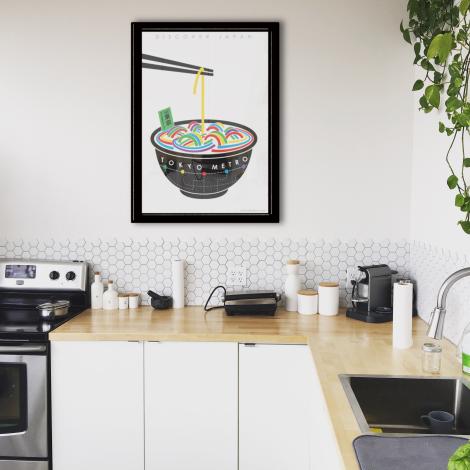 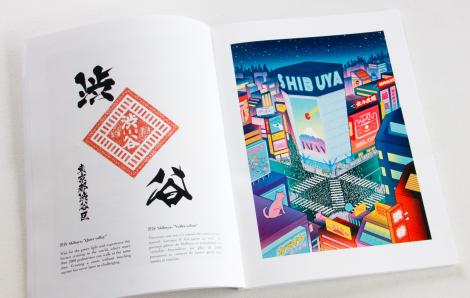 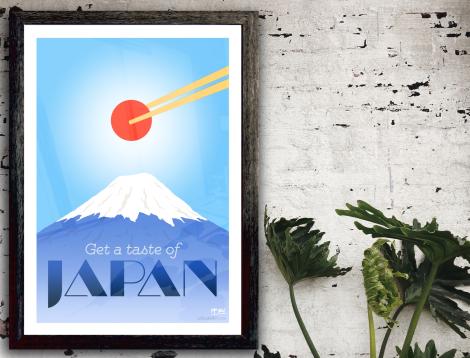 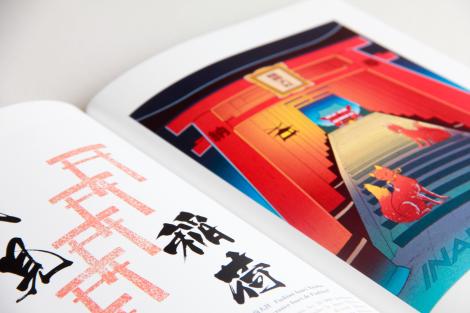 Tell us more about your illustration book

As its name suggests, “Bon Voyage Japan” takes you to around Japan through handmade posters and calligraphies. Le bon Voyage Japan is for people who love Japan, who want to travel to Japan and for those who are nostalgic about returning back.

The designs in this book are handmade in a sketchbook while travelling or wandering in the cities. My source of inspiration comes from the written language which is similar to a form of drawing. Writing Kanji is for me, an art, and I do like to take a brush and practice it.

Eventually, I am inspired through travels, the cultural interaction, events and local customs. Frankly speaking, I learned a lot from the places I visited by drawing them. 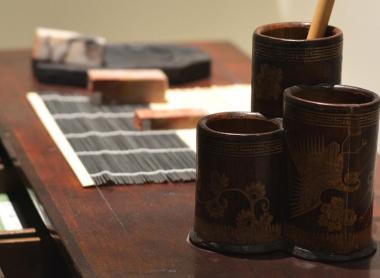 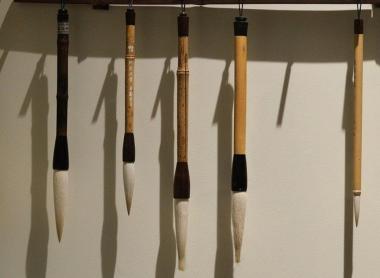 Ever since I've been able to hold a pencil, it's been something I just loved doing. ... Passion is what gets me and everyone who shares it to pick up our pencils and put them to the paper. I travel with my sketchbook and enjoy documenting my journey in drawings.

I was inspired by the goshuin a form of seal traditionally collected at temples as a memorial of a traveler or pilgrim’s visit. It is an art form, a means of communication, and ultimately, I decided to learn calligraphy. In my book, I try to respect the brush stroke order and the style.

Studio Bon is a publishing house specialized in the creation of books, posters, silk-screen prints and other cultural goods related to travel. From the Japanese megalopolis to the vineyards of Alsace, the Chinese countryside and the Mongolian steppes, Studio Bon will make you discover the world through the creations of Jean Freund (Mr Bon).

Bon Voyage Japan Your books on Japan and Travel Guides

The Japanese, by Raphael Languillon-Aussel

In this book, you will discover personalities far removed from the image that we often have of Japan and its people, for fascinating testimonies and a certain authenticity...