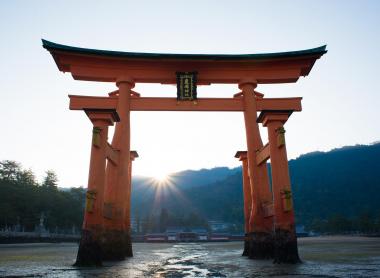 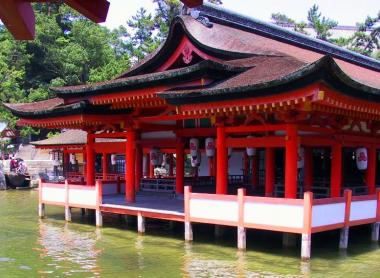 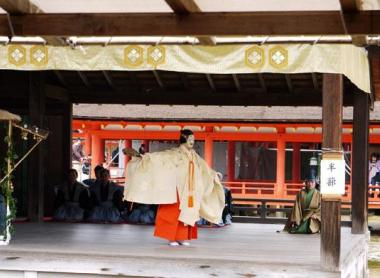 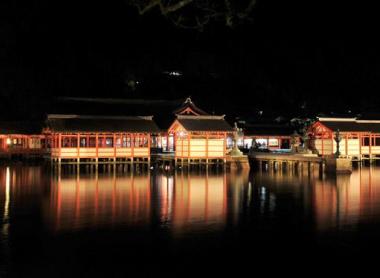 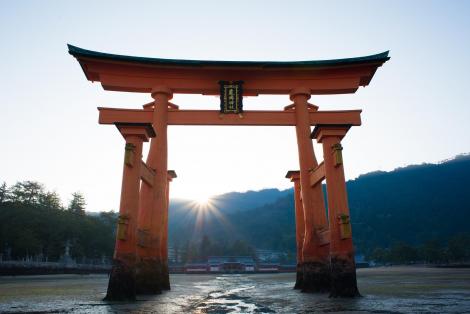 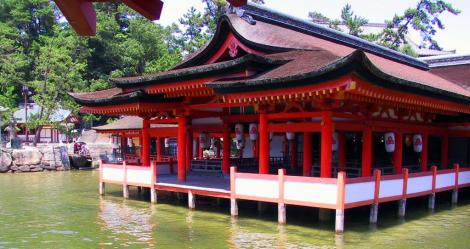 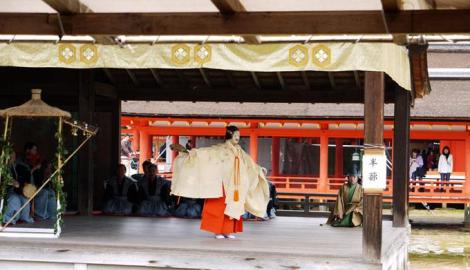 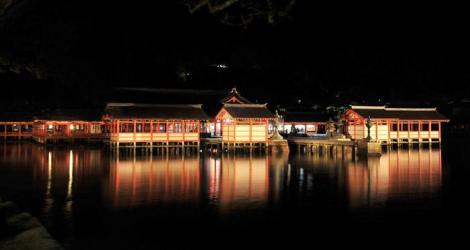 Near to Hiroshima: Itsukushima, the shrine built on stilts and its giant torii gate.

The Shinto shrine of Itsukushima and its famous torii gate are located on the island of Miyajima, south of Hiroshima. This vermilion gate rising from the water is one of the most iconic images of traditional Japan. This torii gate denotes the entrance of the most sacred place on Miyajima Island.

A Walk on the island of Miyajima

Itsukushima shrine has a reputation for being one of the most delightful and magical places in Japan. It is said that from the sea, its outline looks like a bird taking off. When the water laps around the stilts on which the shrine buildings stand at high tide, the structure appears to float on the sea. The eye is dazzled by the juxtaposition of the bright red of the buildings, the blue of the sea, and the dark green of the forest covering the hilly landscape.

The name of the building comes, in fact, from the name of the island, which was formerly known as Itsukushima. But a change occurred due to the success of the religious site and it became widely known as Miyajima, literally meaning "the island of the shrine".

Once you have gone through the entrance to the shrine, there is a series of long walkways with thatched roofs that lead to the main hall, nestled in the heart of the bay. At low tide, it is possible to go down and walk on the beach, accompanied by a few deer who are curious enough to come and inspect the seashells.

At the foot of the torii gate of Itsukushima, visitors are struck by the impressive size of the building as they view the monument anew from the seashore. Once they have left the main building, the shrine's treasures can be explored. There are many exceptional works of art and crafts. The complex even has its floating stage for noh theatre productions, where vermilion is abandoned in favor of stripped wood. 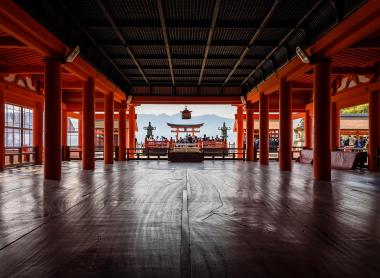 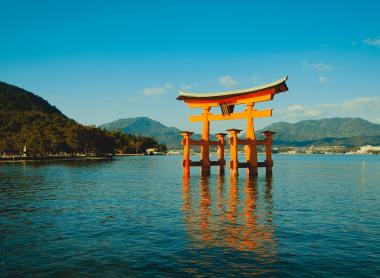 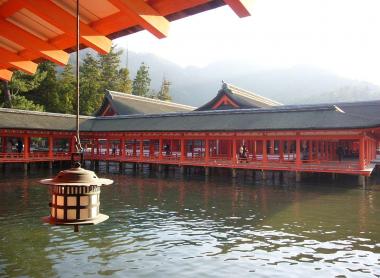 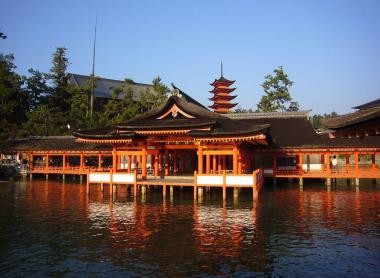 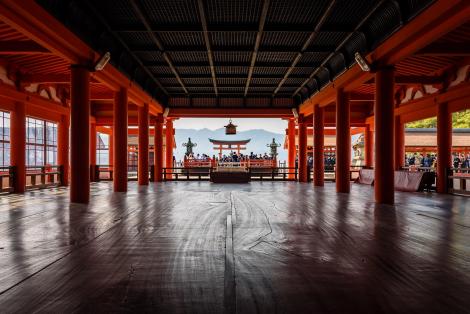 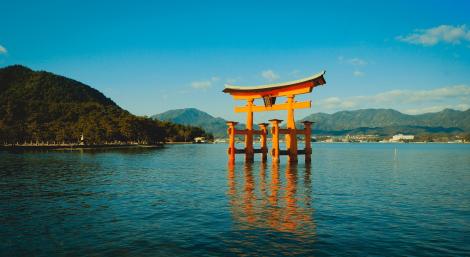 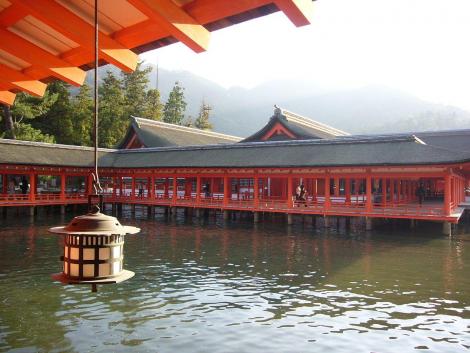 The island of Miyajima has been a sacred site where the kami (Shinto god) have been honored since the sixth century. This was when the first site devoted to these beliefs existed, paying homage to the holy powers and people would go there regularly to make offerings.

In 1168, Taira no Kiyomori (1118-1181), at the time one of the most powerful men in Japan, ordered a shrine to be built there to house the copies of sutra manuscripts that he had made. It was at this time that Itsukushima-jinja took on the shape we see today, bathing in the sea. The decision to build it on stilts was, in fact, due to one single factor: the sacred nature of the island, worshippers were not allowed to step foot onto the island.

The building's architecture today retains the marks of the late Heian period (794 - 1185), where the vermilion color and thatched roofs date. Although the building has been destroyed several times, notably in 1555, to mark a military defeat and the conquering of the region, it has always been rebuilt identically and can still be seen today in its purest form. The current torii gate dates from 1875, but the first one was built in 1168. It is no less than 16 meters high and weighs 60 tonnes. Its four unusual uprights provide it with extra stability on its sandy foundations.

Itsukushima has been a UNESCO World Heritage Site since 1996, just like the dome of Hiroshima Peace Memorial Park. It is one of the best-known tourist attractions in Japan and the view of the torii gate from the sea has been identified as one of the "three most famous views in Japan".

Once the flood of tourists has left and the ferries leave in the early evening, make the most of the twilight to admire the illuminations: the reflections flicker to the rhythm of the waves, bathing the mind in renewed magic.

How to travel to the Itsukushima shrine?

The easiest way to reach the island of Miyajima and to visit the shrine is to leave from Hiroshima JR station, catching a JR Sanyo Line train to Miyajima-guchi station. The ferry terminal is a 5 min walk from the station. The boat trip to the "JR West Miyajima Ferry Terminal" takes just 15 min. The full journey is covered by the JR Pass.

Renovation work on the main torii gate, whose base has been damaged by tidal activity, began in June 2019. Throughout this renovation work, the gate will be covered with scaffolding and a temporary bridge will connect it to the land. Protective sheeting and scaffolding will remain in place until completion of the work, originally scheduled for August 2020. However, still going covered up by a partially transparent scaffolding. In addition, renovation works are currently conducted on the western side of the complex (around the entrance) from September 2020 to December 2022.

However, the rest of the area remains free of construction, you can still enjoy the sanctuary and its surroundings!

Our tours in Miyajima

In Miyajima, the sea and sky mix together in an old wooden building.

Thousands of statues lost in nature and some old buildings scattered here and there: This is what the start of the ascent of Mount Misen looks like.