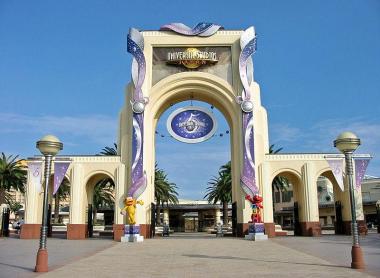 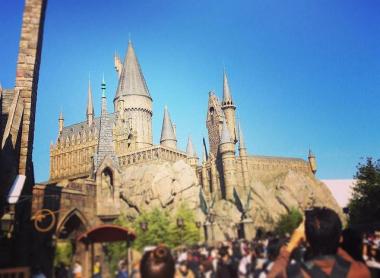 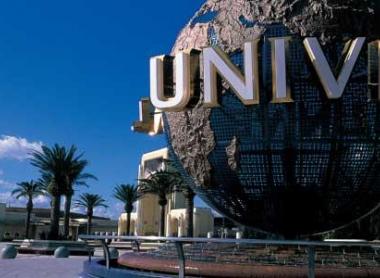 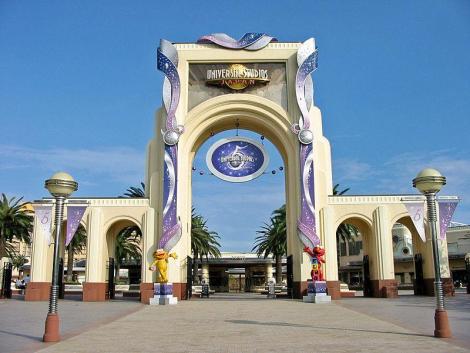 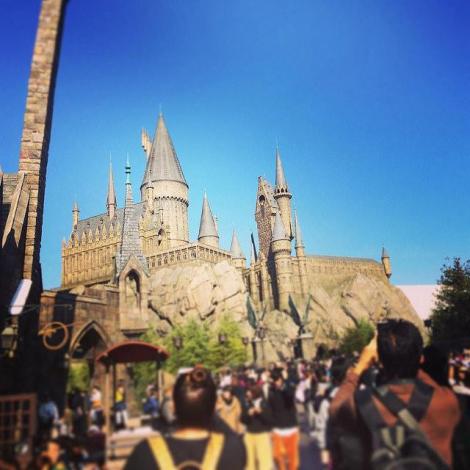 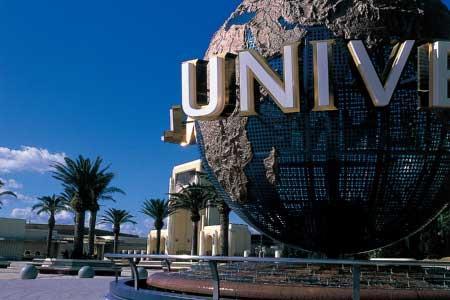 Universal Studios Japan, the park that makes its cinema

In Osaka, the huge Universal Studios Japan theme park gives pride of place to the most famous franchises of the prestigious Universal film studios. The theme of cinema is everywhere: Harry Potter attractions, Jurassic Park, Shrek, Spider-man, Snoopy ... The major Japanese manga series are also highlighted. To you the studios !

The third most visited theme park in Japan behind Tokyo Disney Resort and Tokyo Disney Sea , it welcomes tens of millions of visitors each year in search of great entertainment . The third franchise establishment, it was the first to be built outside the United States.

From its opening in 2001 , Universal Studios Japan met with a success which allowed the park to grow rapidly. Today, it is the fifth busiest amusement park in the world . It is very popular in Japan, so many Japanese have an Annual Pass which allows them to visit their favorite park at any time.

The park is located in Osaka Bay , which makes it very easily accessible by public transport. It also covers 50 hectares and is divided into nine sections . Its 40 attractions allow visitors, young and old, never to be bored ... The most famous films, cartoons and franchises are entitled to their attraction or show: Shrek, Jurassic Park, Moi Moche et Méchant, Les Dents de la Mer, Sesame Street ... and of course Harry Potter, which holds the top bill.

At certain times, visitors also have access to temporary attractions , which usually relate to popular manga such as One Piece or Attack on Titan. 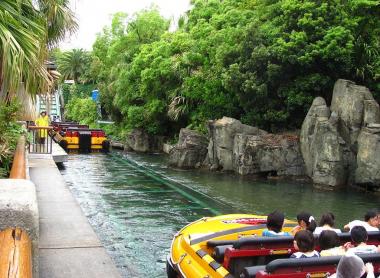 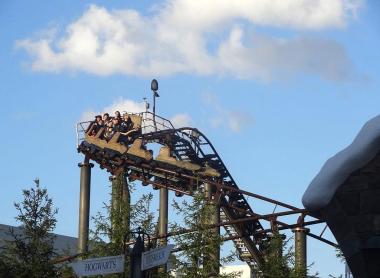 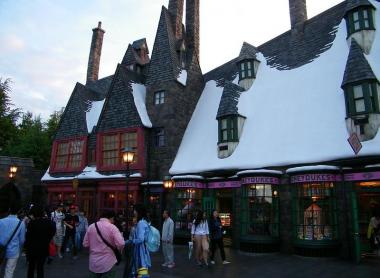 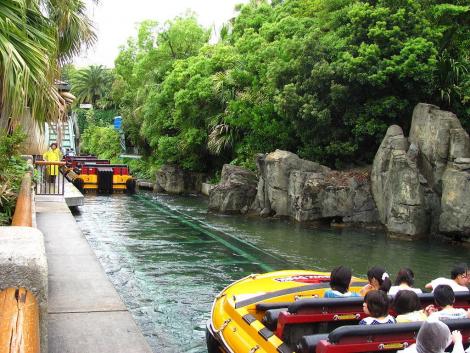 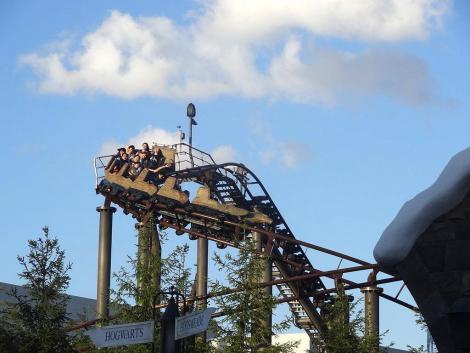 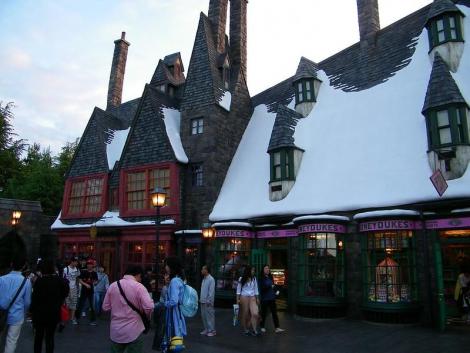 The locations and attractions dedicated to the Harry Potter film series opened in 2014. A replica of Hogwarts Castle even perches on a false cliff ... This is where you can try your hand at the flagship attraction, "Harry Potter and the forbidden journey " . Roller coasters are also offered with "Flight of the Hippogriff" , and visitors can also get lost in the magic of iconic book and movie shops, with perfect replicas such as Honeydukes Confectionery, Magic Wand Shop d'Ollivander, or the Three Broomsticks tavern.

Then experience a descent of rapids among the dinosaurs of JurassicPark , but also the roller coaster "The flying Dinosaur" where you are installed above the void throughout the course.

Give yourself chills in a frantic race in the streets of New York alongside Spiderman, enjoy Shrek en4D or the magnificent Waterworld show. On the side of Minion Park , the little ones will be able to find their heroes the Minions, mischievous yellow acolytes in the films Me, Moche and Méchant. Universal Wonderland puts forward heroes and franchises such as Hello Kitty, Snoopy, Elmo and more broadly the Sesame Street show.

The more daring will try the attraction " Hollywood Dream - The Ride Backdrop ", a surprising roller coaster ride, but backwards. That is to say that the participants are placed in the opposite direction of the march ...

All of this is just a tiny fraction of the rides, attractions and activities on offer.

Many restaurants offer all types of cuisine within the grounds of the park and themed souvenir shops have original articles bearing the effigy of the stars of the studios . A day full of adrenaline and enchantment awaits you for a direct dive into the heart of the successful films of Universal studios.

Finally, the park will see its number of attractions increase in spring 2020 . Finally, a new themed area opens its doors at the Universal Studios in Osaka: the Super Nintendo World . It is the universe of Mario which is put forward there at first. We already know that an attraction will be dedicated to Mario Kart , and another to Yoshi , but also that Peach's castle and Bowser's castle will be reproduced. In the future, other franchises of the Kyoto firm (such as Zelda or Donkey Kong), could also benefit from attractions ... 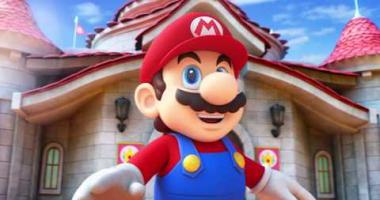 Information and advice for a visit to Universal Studios Japan

First of all, you should know that Universal Studios Japan is a very busy park. You will therefore often have to take your troubles patiently. We recommend that you arrive as early as possible, as the visit lasts all day. If you can, absolutely avoid going there on weekends, Japanese holidays, school holidays, and other popular times such as Golden Week in early May.

Pass prices vary depending on the day of the visit, as do the opening hours. It is advisable to take information directly from the official website , available in English. Also be sure to check the closing dates of some attractions here , which sometimes last for several weeks.

Tickets can be purchased up to three months in advance online . It is also possible to buy your pass on the spot the same day - however, the counters are quickly taken by storm. Finally, there are various " Universal Express Passes " which reduce waiting time for a number of attractions to choose from.

$40 per person
Discover all our activities in Osaka (148)

Aquarium, zoo, museum… Nifrel is all of these.

Fancy a fun break? To challenge yourself? To beat your companion or a young Japanese guy who was wandering around the mall? Get in the arena!

Reproduction of the natural habitat, respect for the environment and animals, are the commandments of Tennoji Zoo, established in Osaka almost a century ago.