Shopping at a supermarket スーパーマーケットでのショッピング 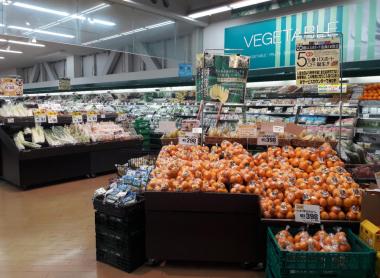 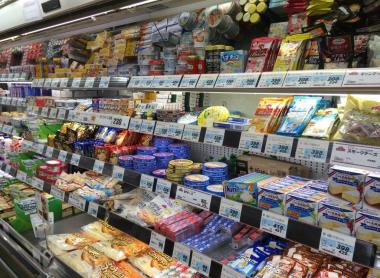 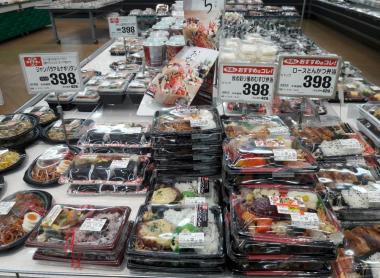 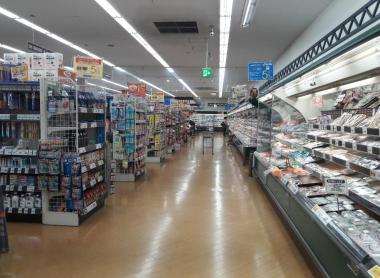 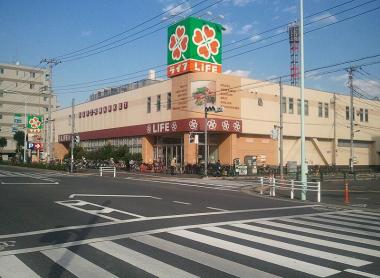 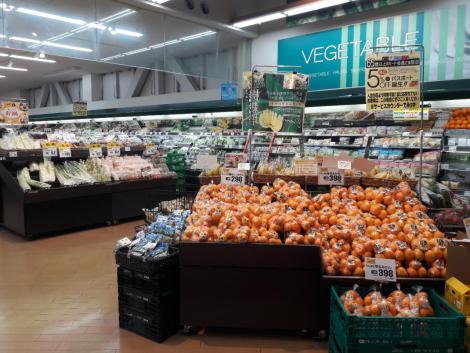 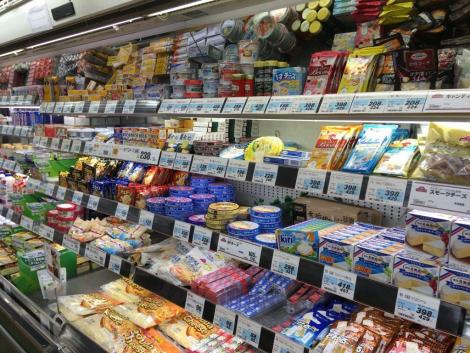 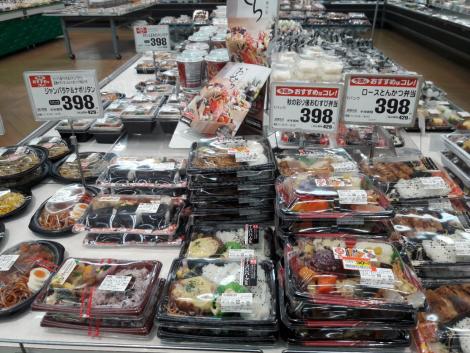 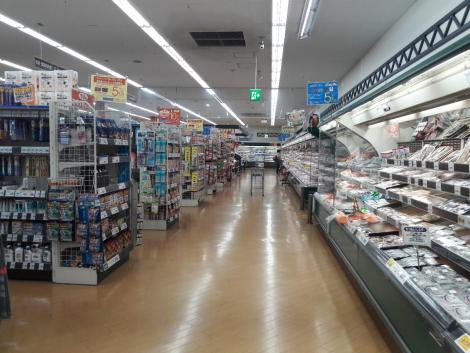 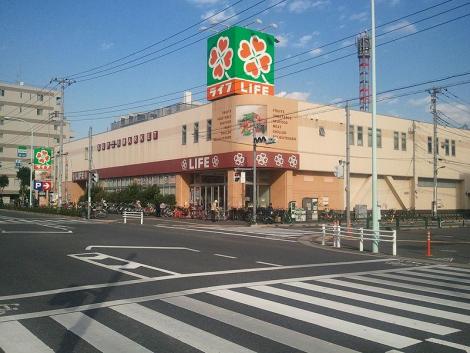 Supermarkets (スーパーマーケット, supamaketto) are as numerous in Japan as in the West. They have the advantage of being larger and better stocked than a konbini and usually offer much cheaper prices.

You will find the biggest supermarket chains in most major cities: Life, Aeon, Maruetsu, Fresco, Gourmet City, or Seijo Ishii. Some, like "Maruetsu Petit", are more like mini-marts, while others are huge, extending hundreds of square meters. In Tokyo, you'll find them on the outskirts of the city rather than the center. Japanese supermarkets have long opening hours: they're often open until midnight, or even 24 hours a day.

Prices can vary greatly from one supermarket to another but also depends on the type of product. Naturally, foreign and imported foods are more expensive than Japanese products. Fruits and vegetables are generally more expensive than in the West, but they're also often of better quality. Unsurprisingly, fish is very popular, as are meats, especially pork and beef.

Like at a konbini, you'll find plenty of cakes, sweets and other candies on the shelves. You might be impressed by the numerous aisles of instant noodles, which are very popular in Japan. There's also plenty of rice, usually sold in packages of at least a kilo, with 5kg bags of white rice being most common.

Cheeses and other dairy products are becoming increasingly popular in Japan, but as they aren't traditionally part of the Japanese diet the prices at supermarkets can be pretty high. You'll find milk (about $1.60/1.30€ per liter) and butter (usually from Hokkaido) easily, as well as "Japanese" cheeses, including Japanese production imitating French cheeses like Camembert.

In all supermarkets, you'll see a wide range of bento, prepared meals, sandwiches, sushi and sashimi, and even hot foods like yakitori, karaage and tempura. The hot self-service counter is regularly re-stocked and offers fresh, quality foods at affordable prices.

Discover : The art of bento 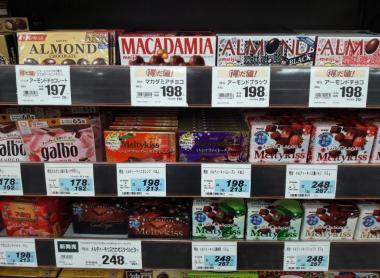 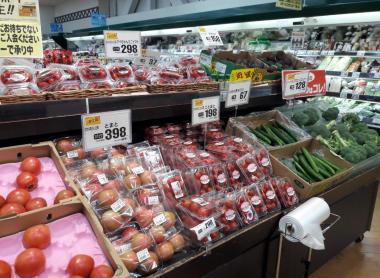 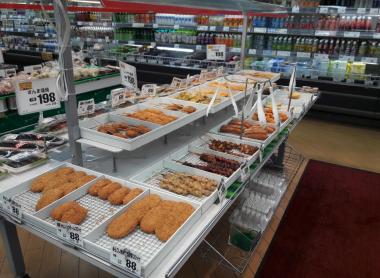 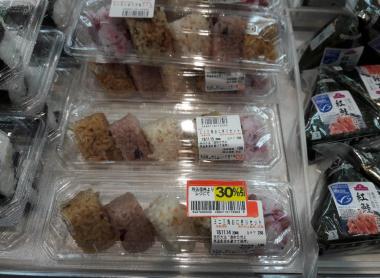 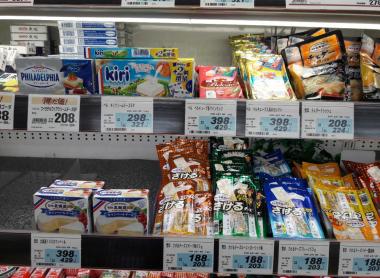 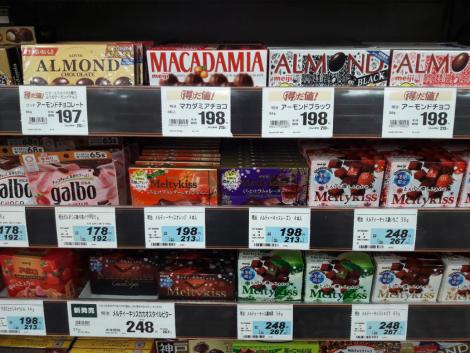 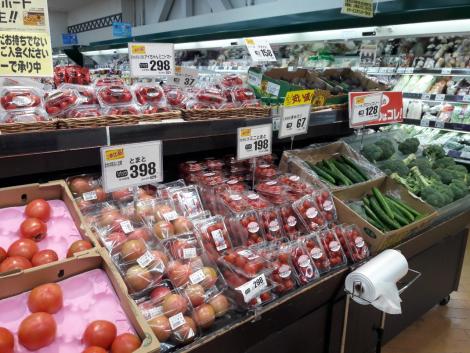 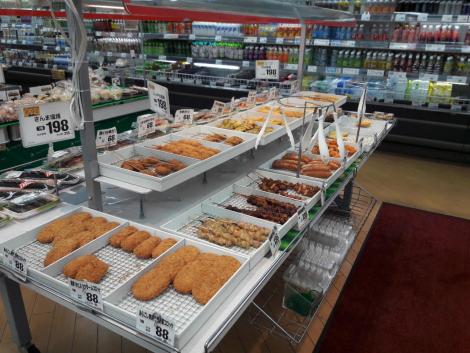 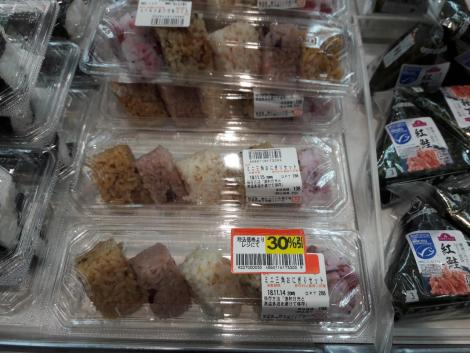 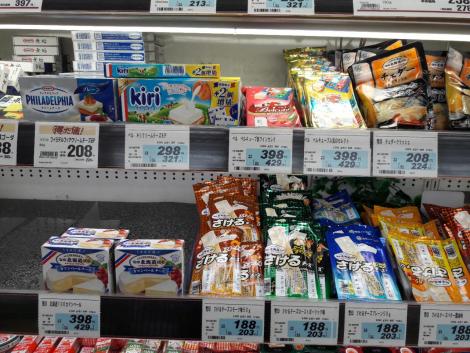 To help save money, there's a well-known trick: in the vast majority of supermarkets, many fresh products are discounted after 7 pm. You can save up to 50% on some items! Foods with very limited freshness such as the aforementioned bento, sushi, sashimi, and onigiri are the most commonly discounted items. Indeed, supermarkets decide to sell off any products with an imminent expiry date, to avoid having to throw them away. At the end of the day, look for yellow and red labels stuck over the regular packaging... but be prepared to compete with fellow bargain hunters for the best deals!

Finally, it's common in many shops in Japan for prices to be listed excluding tax (10% on all items except food, drinks, and newspaper subscriptions for which it is 8%). Take care to check if the label includes tax or if it needs adding to the final price.

How do you pay?

Once you've picked out your items, go to the checkout counter. You may have to wait a little longer in line than you're used to because the Japanese do their shopping daily, but this also means their baskets are much smaller so the lines move quickly.

Simply set your basket in front of the cashier, who will scan and transfer your items to a second basket, sorting them carefully. You will be given a carrier bag (fukuro) without having to ask.

When it comes to payment, the method varies by the supermarket. In most stores, you will pay the cashier in cash (genkin) or possibly by credit card (kurejitto kaado), or they will indicate a machine at the end to make your payment. Don't give cash directly to the cashier - there will be a tray for you to put the money on, and the cashier will also use it to count out any change coming back.

Then, take your purchased items to the nearby table allocated for you to pack your items. You can take your time here and won't get in other customers' way. You'll find extra plastic bags, strings, and tapes available for use - the Japanese like to pack and separate all their items with care before taking them home.

In Japan, the customer is king, and this is true for drivers filling up their car at a Japanese gas station.