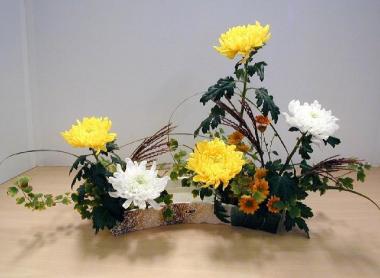 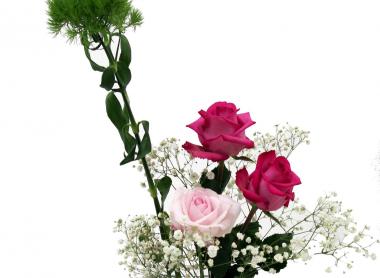 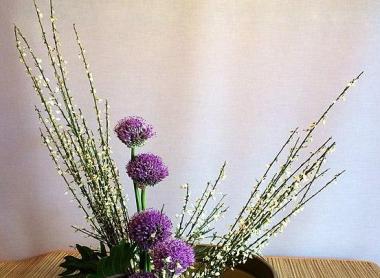 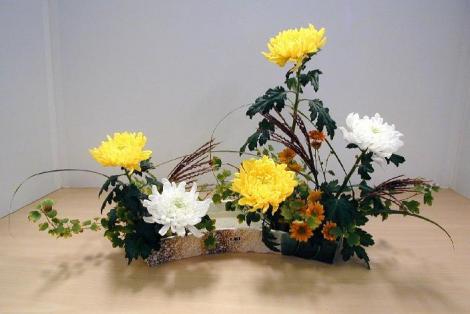 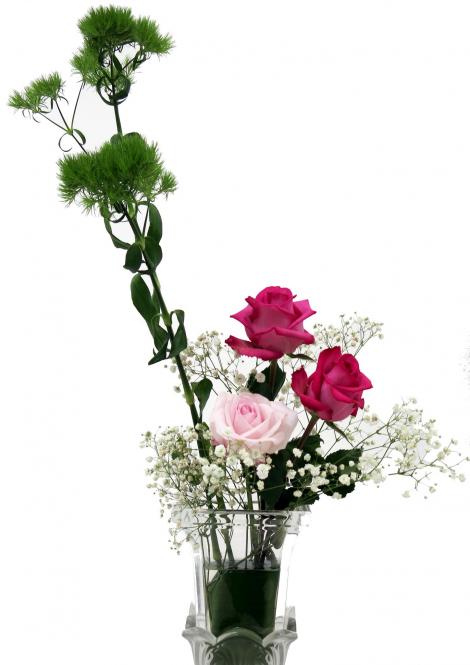 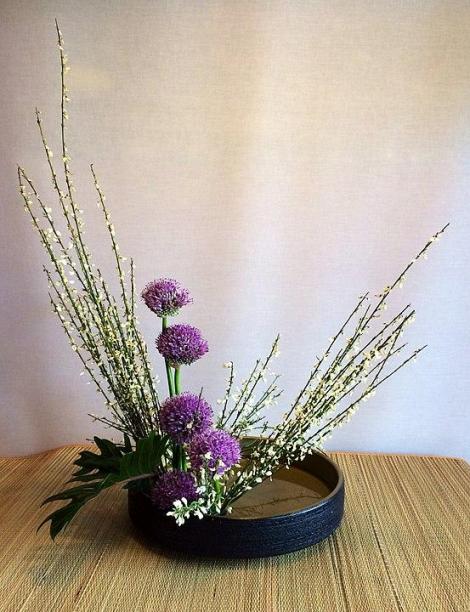 Ikebana, or the meticulous arrangement of flowers

Ikebana “the voice of flowers”, is an art dedicated to a flower arrangement. Between tradition and minimalism, it is considered one of the three arts of Japanese refinement with the tea ceremony and kodo.

There are skills, arts, which have a more important aura than some as they require a higher level of commitment and creativity. Others because of their popularity outside of Japan...

One of these is ikebana. Indeed, this art of floral composition is considered as one of the three arts of Japanese refinement with kodo, which is the art of appreciating scent, and chanoyu, the tea ceremony, which is no longer presented.

Ikebana: the art of presenting nature

If ikebana is a flower art, it does not consist, as in the West, in emphasizing the beauty of flowers and the harmony of colors. Here the completeness of the design is of particular importance. The ikebana values the flower, the shape of the plant, but also its leaves, its stems, and even the pot in which it rests. The structure of the floral arrangement is therefore based on three symbols: the sky, the earth, and humanity. A little in favor of Japanese gardens which are supposed to represent nature in the broad sense.

It was during the Heian period (794-1185) that floral art was born. The monks were the first to work on flower arrangements to honor Buddha. Inspired by the presence of flowers in interiors, the rikka (this is how the monks' work on flowers was called at the time) began to democratize, but only to the aristocrats for the first time.

They are recognized in particular by the seven branches that make up the composition, symbolizing different elements of a natural scene: the summit, the mountain, the waterfall, a valley, the illuminated side of the scene and the shaded side of the scene, a village at the water's edge. It is only in the 15 and 16th centuries that Ikebana takes its current name and was taught in schools. 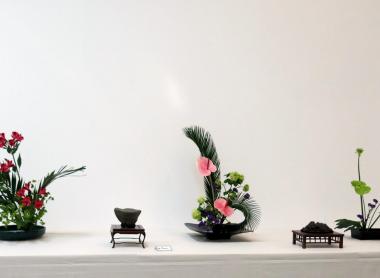 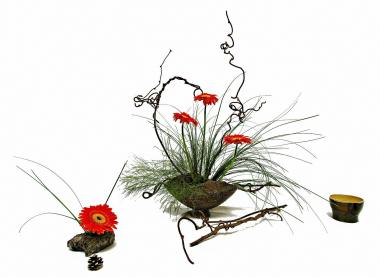 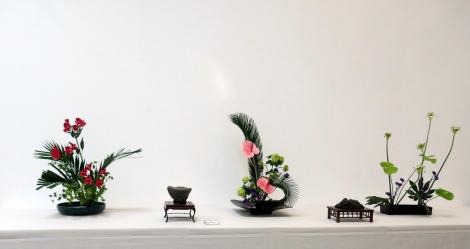 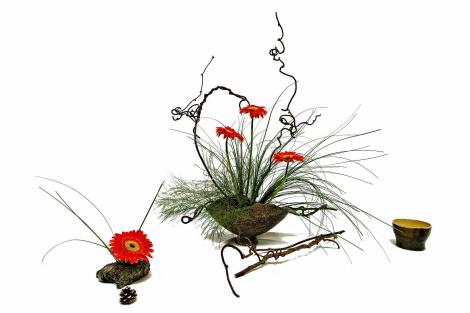 Fond of Japanese art? Discover our self-guided tour "art and architecture in the inland sea"

It is to the shogun Ashikaga Yoshimasa that we owe the arrival of flowers in homes. He had homes built in which there was a tokonoma, a sort of sacred alcove, where works of art or floral arrangements are often displayed. The strict rules of ikebana were therefore relaxed and simplified for the general public to practice so that as many Japanese as possible could engage in this art.

If ikebana is the art of flower arrangement in general, there are a lot of subdivisions or “schools” of creation, the rules of which are different. For example, there is a less laborious style of flower arrangement called a nageire, which is incorporated into the tea ceremony. The idea? Arrange the flowers in a vase, as natural as possible. Always respecting the cycle of the seasons. During the Meiji era, the Moribana style developed. Incorporating western flowers into the arrangements. It is particularly used in gardens.

The ikebana is, therefore, art in perpetual evolution. Today, there are just over 3,000 schools in all!

Where to learn ikebana?

Ikebana is now global! For example, in France, it is very popular as evident in Burgundy (see our article " Traveling to Japan in Burgundy ") or even in Paris, at the Maison de la Culture du Japon. The place regularly organizes ikebana exhibitions, demonstrations, as well as discovery workshops and courses for all levels. For the curious, check out the agenda to discover their various events related to the art of ikebana.

In Japan, workshops in English, in particular with the Ohara Kaikan and Sogetsu Kaikan schools, are open to all in Tokyo.