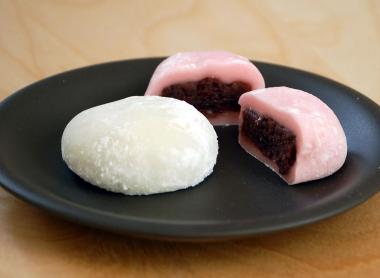 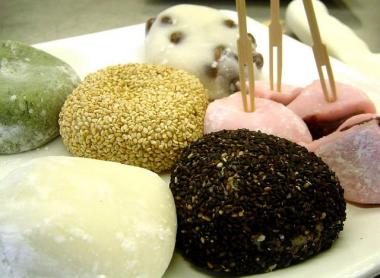 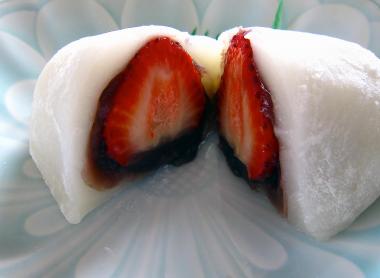 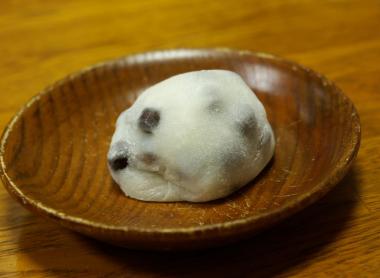 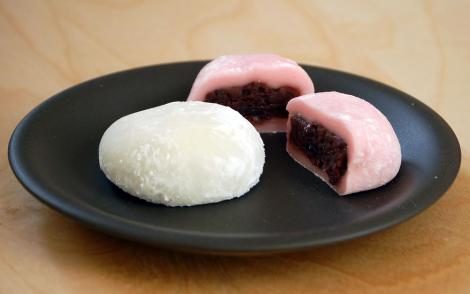 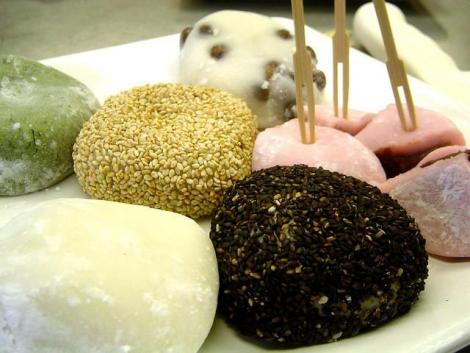 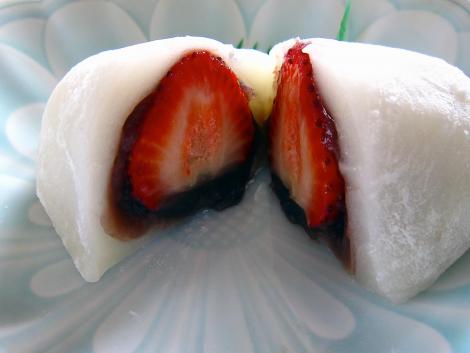 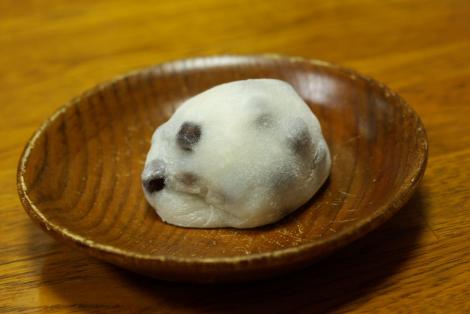 Daifuku, a traditional Japanese dessert made with mochi

Round, soft and sweet, daifuku "great happiness", is one of the most represented in the world of wagashi, traditional Japanese pastries. Simple, humble, cheap, and delicious!  The comfort food for the Japanese!

The history of daifuku

Daifuku is a stuffed mochi (餅). It is made from mochi (糯), a sticky rice paste that bears the same name as the pastry. Daifuku is traditionally garnished with anko or red bean paste often used in Japanese baking. With its roundness and soft colors, it is difficult to resist temptation.

It seems that originally this pastry was salty and larger. It wasn't until years later that it became daifuku that it is known today: sweet and no larger than the palm of your hand. Its name can be confusing because depending on the kanji used, it can be either a cake with a "big belly" (大 腹 餅), about its filling, or a cake of "good fortune" (大 福 餅). Nowadays, the dessert is mostly referred to as the latter.

Daifuku mochi became a very popular lucky cake for Oshôgatsu, the Japanese New Year, but also appreciated during the tea ceremony. Its mochi-based preparation gives it an elastic consistency that makes tasting fun. Usually, these little balls are sprinkled with a thin layer of cornstarch, sugar, or cocoa so that they do not stick to the fingers. But it is once in the mouth that daifuku reveals all of its secrets: garnished with anko or fruit, daifuku is available to suit all tastes.

Activity in Kyoto: On the tea route to discover the pleasure of Japanese snacks

The different variants of daifuku

Although traditionally daifuku is white, it is not uncommon to see it adorned with pink, green, or even light brown. All these colors refer to the wide range of products (natural or not) used for the creation of daifuku. The variations fluctuate depending on the region or time of the year. Thus, on the occasion of the girls' festival, Hinamatsuri, sakura daifuku is very popular. Pink in color reminiscent of cherry blossoms, it is wrapped in a salted cherry leaf.

Another curiosity is the yomogidaifuku. Green in color, however, it does not taste like matcha "green tea". Its color comes from the use of yomogi or leaves of mugwort. The young shoots of this herbaceous plant are used in the preparation of kusamochi: balls made from the mixture of sticky rice and leaves of mugwort. This plant has a strong symbolism as it is said, to scare away evil spirits. The yomogi daifuku thus acquires a vegetable taste of fresh grass.

The interior of a daifuku sometimes holds some surprises! One of the more popular variations is to add a whole strawberry to the anko. Called Ichigo daifuku (ichigo meaning "strawberry"), is particularly popular during the strawberry season in Japan, from January to March.

Another variation for red bean aficionados, nothing like mame daifuku, where all the dough is filled with whole azuki beans.

There is also a more westernized variant, the frozen mochi, where the anko is replaced by ice cream ... hence, Mochi ice cream! Or, how about Daifuku aisu "cold daifuku"  on hot summer days? This type of daifuku mochi is seen frequently in shopping markets around the world!

Where to eat daifuku?

Daifuku is a key element of wagashi that it is interesting to discover whatever its appearance. If you're in Kyoto, head to the Demachi Futaba pastry shop, not far from the Kamo River, on Kawaramachi Avenue. Here, you will be offered a wide selection of mochi and daifuku at very reasonable prices.

In Tokyo, we recommend an excellent place in the heart of Harajuku: "Mizuho", known for its mame daifuku recipe.

If you want to taste the gourmet ichigo daifuku (strawberry), the boutique " Ginza Akebono" is the high-end option in Tokyo. You can also taste the classic anko daifuku , but also the yomogi daifuku and the ume daifuku . Yum!