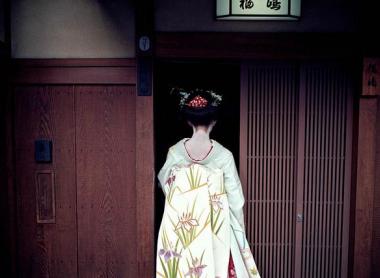 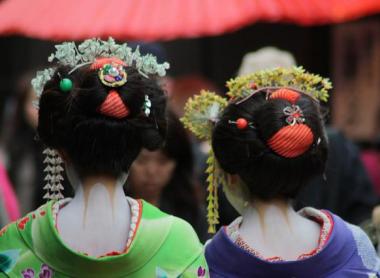 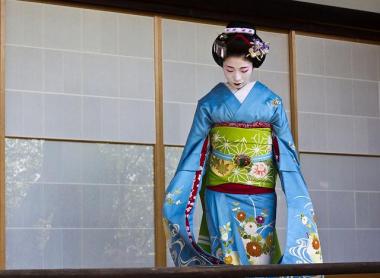 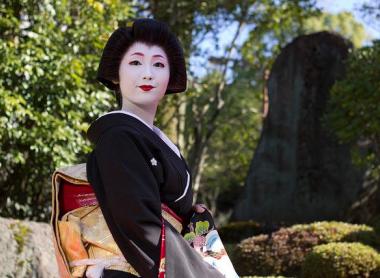 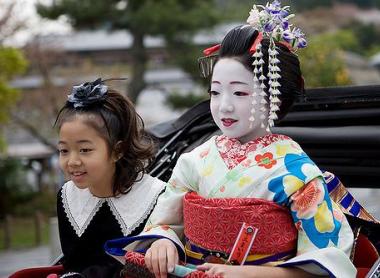 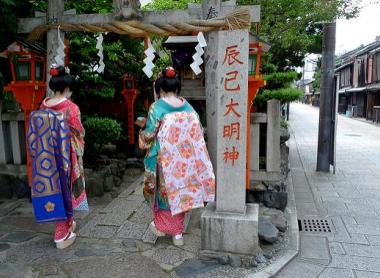 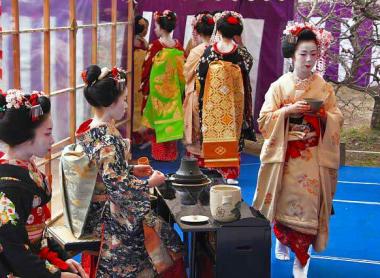 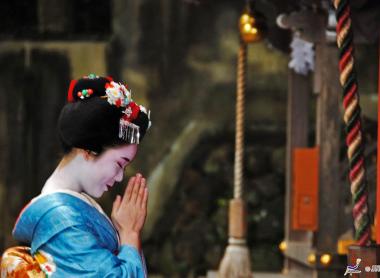 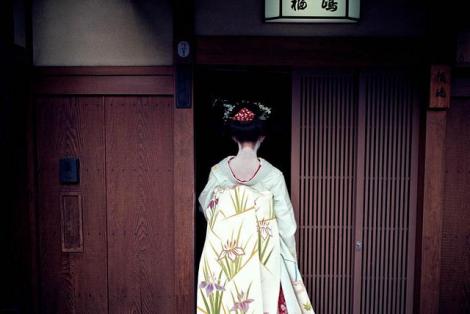 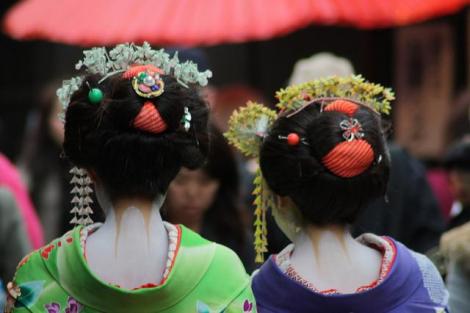 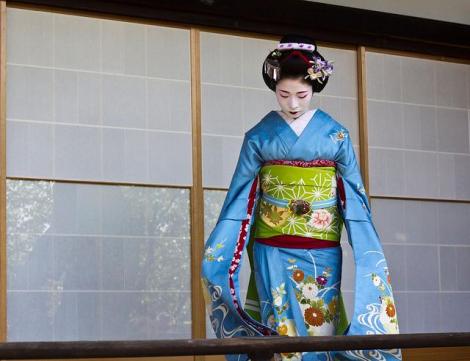 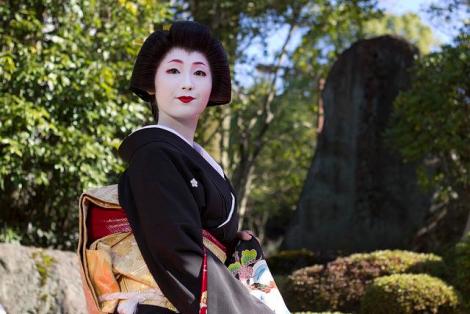 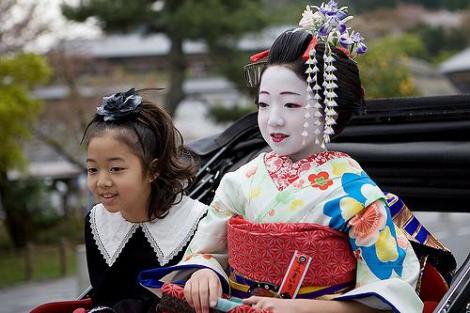 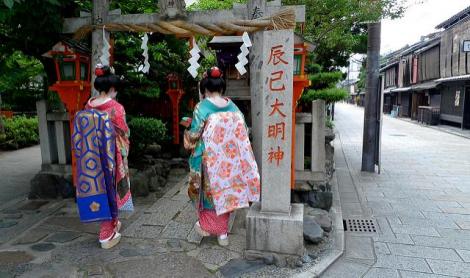 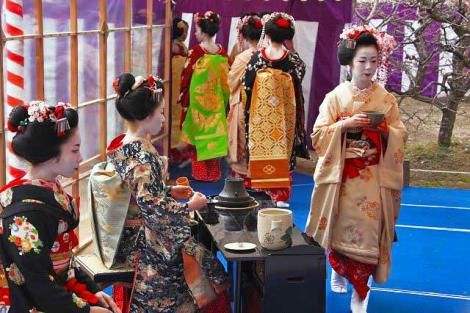 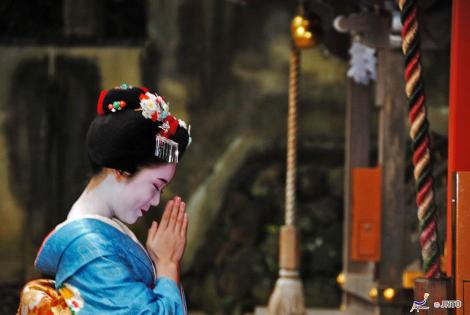 Women of art and traditions

The word geisha literally means "artisan". These artists practice the traditional Japanese arts and are purveyors of Japanese culture. Explore a world of willows and flowers, a tinted world of mystery that originates from Kyoto.

The profession of a geisha was officially recognized in the second half of the eighteenth century. Geisha are women who dedicate their lives to Japanese traditional arts and put their talents to use entertaining customers on the occasion of banquets and performances.

What is a Geisha's role?

Originally, the geisha profession could be practiced by both men and women. Geisha must master of several types of arts, which are generally traditional Japanese dances (including those involving a fan), singing, literature, poetry, flower arranging, and the playing of traditional instruments. In addition to entertaining through the arts, geisha are also skilled in the art of conversation and must have wide general knowledge.

Geisha have long embodied the height of refinement and they are undoubtedly custodians of Japanese culture and traditions. Today, they are highly respected and their loyal customers still spend huge sums of money to enjoy their company, usually in ochaya, tea houses.

Their loyal customers are mostly businessmen, politicians, or other wealthy individuals. Traditionally, all wealthy clients could seek a geisha's services as they wish, although they needed to be recommended to the house or introduced by an existing customer.

This is more or less the case today, although some geisha have decided to dedicate some of their time to tourism, by conducting tea ceremonies or performing in shows for example.

Note that the cost of the services of a geisha is evaluated according to their time and attendance. Customers also pay for any meals and drinks consumed at the meeting. The bill is often sent some time after the meeting. 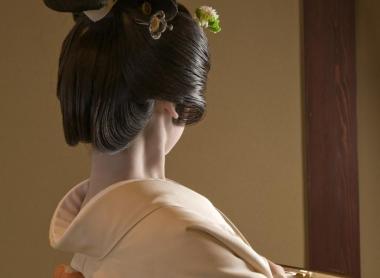 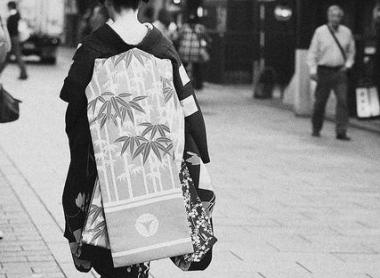 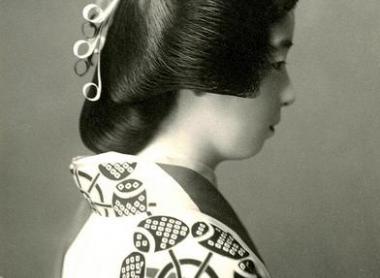 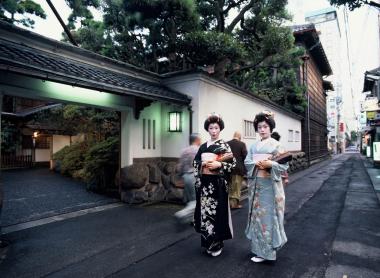 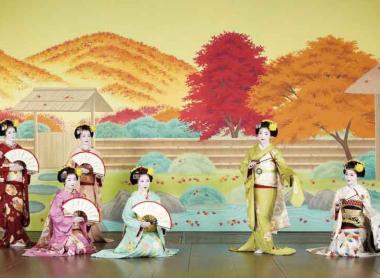 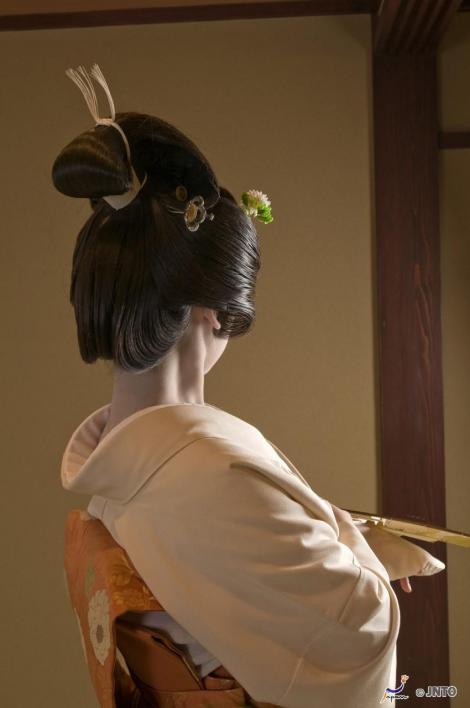 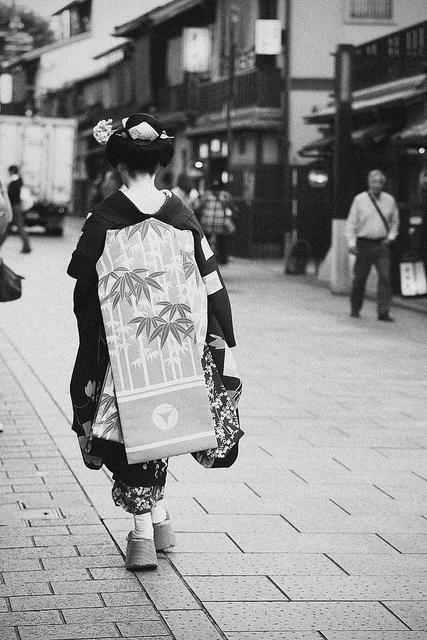 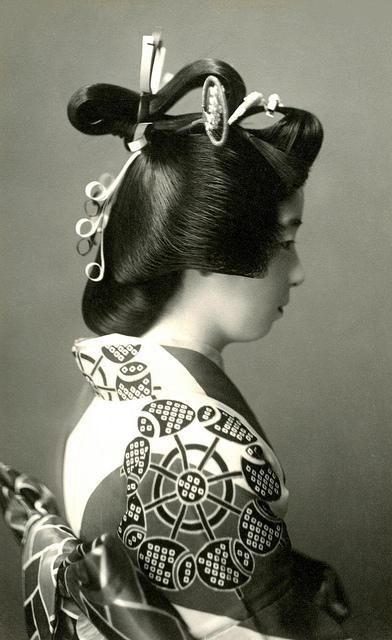 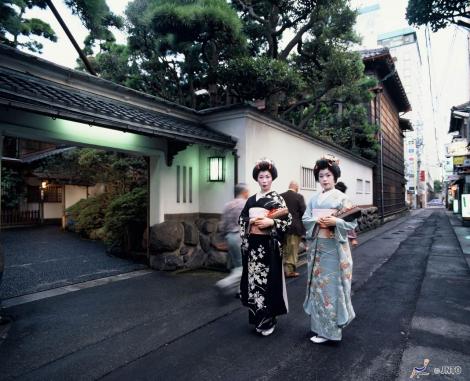 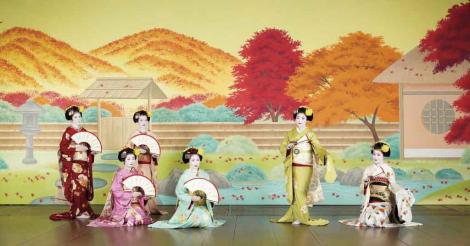 An ultra-codified profession: the Geishas codes

The geisha universe is governed by dedication to the arts but also has some extremely strict rules that cover several aspects.

Apprentice geisha, called maiko in Kyoto, often wear very distinctive makeup. Their faces are covered with a thick white layer, and they wear red lipstick. Black is also used around the eyes and on the eyebrows.

The rules on make-up relax more with age, unless you are a confirmed geisha, ​​as geikos are forced to wear makeup. After turning 30 years old, a geisha can wear make-up for special occasions only, the idea being to make room for their natural beauty.

Geisha only wear silk kimono, closed by knotting a wide belt in the back, called an obi. The shape of the knot depends on the age of the geisha; a knot with a long train is displayed by a maiko, while a shorter knot will be used instead for an older confirmed geisha.

Similarly, bright colors and patterns are usually by worn younger maiko. The outfit is completed with white socks (tabi) and wooden sandals (geta).

To put on a kimono is a complex task and fabrics are heavy, so often a professional dresser attends to the geisha and helps dress them. This is the only man allowed to enter the okiya, the house where geisha live.

Kimonos are traditionally handmade and are of great value. They often cost several thousand dollars.

Geisha wear their hair in very sophisticated chignons held by traditional combs. As it takes so long to style, their hair must be kept perfect over several days, so they sleep by resting their necks on small supports.

Geisha are distinguished by their manners. Their need for refinement at all times makes it impossible for them to do things like have lunch at fast food places, go shopping in regular clothing stores or supermarkets, or even use a plastic bag for shopping.

During meetings with customers, they must entertain them while showing the utmost restraint and without ever lapsing into vulgarity.

Training to become a Geisha

Becoming a geisha is a lot of hard work and dedication that takes years of intensive work.

In the past, women managing the geisha houses bought young girls under 10 years from poor families in the countryside. Called the okaasan (mother), she took care of all their education and training until adulthood.

At the beginning of their training, the girls were to perform everyday household chores mainly in the okiya and attend to the geisha; intensive and hard work requiring extreme obedience.

The girls then begin their intensive training in the arts. In the course of learning, many went on to specialize in a particular art, dance was often considered the most noble.

When beginning to master the different specialties, apprentice geisha, ​​maiko, completed their training by accompanying a confirmed geisha to their appointments.

The two geisha sisters were bound by the relationship, and the elder passed on her knowledge to the younger, and gradually, introduced her into the closed circle of geisha. To succeed, the novice had to get noticed, and thus build her own customer base.

When they were ready, they entered the geisha profession and organised their own appointments. An event particularly marked by a change in collar, in a ceremony called erikae. The red collar of an apprentice is abandoned in favor of white, reserved for confirmed geisha.

Today, the training of geisha remains broadly the same, although it is probably shorter. In addition, apprentices must of course embrace this career voluntarily; apprentices are now on average 17 or 18 years old when they begin their training.

The geiko have to repay the cost of their training, costs that accumulated over the years and which were therefore often exorbitant, by working for the okiya. Thus, any income they made did not return to them (and this is still the case today).

Once their debt is paid, they can continue to work for the okiya or strike out on their own. However, being a geisha is an expensive business, with the costs of the clothing, the hair and makeup alone, but also the repayment of a commission to the okiya, which served as an intermediary.

The lucky ones find a rich patron who can bring them some financial stability, called a danna.

The association with prostitution

The geisha profession still suffers from an association with prostitution, especially in the West. However, geisha are not, and were never prostitutes and the reputation of the okiya, is only distinguished on the excellence of its entertainment, traditional Japanese arts.

Several factors have led to this false association:

In the eighteenth century, numbers of geisha were in the thousands, sadly this is no longer the case. There are less than 200 geisha now. The difficult training, the obligation to sacrifice their youth, the inability to start a family or get married (unless you leave the profession), and the lack of privacy, are among some of the deterrents.

There is a way to catch a glimpse of a geisha for free in Tokyo and Kyoto, the birthplace of geisha. In Gion, Pontocho, Miyagawacho, Kamishichiken or Shimabara, you can sometimes see geisha and maiko out in the streets, as they walk between appointments.

Japan Experience can help you enhance your trip with activities during your stay in Japan. From Kyoto night walks to market tours, you can choose an activity that suits you.