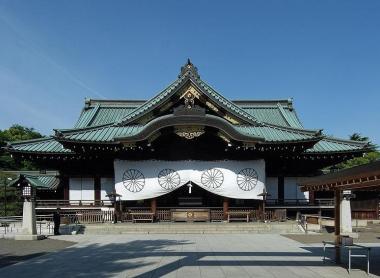 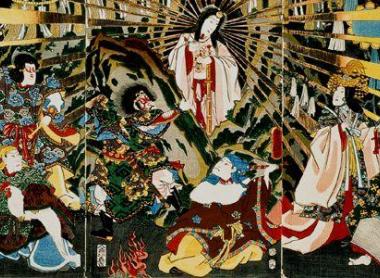 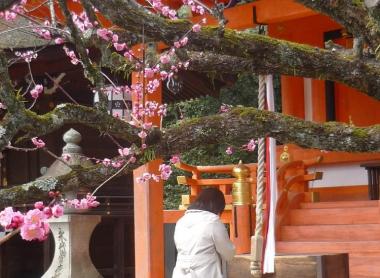 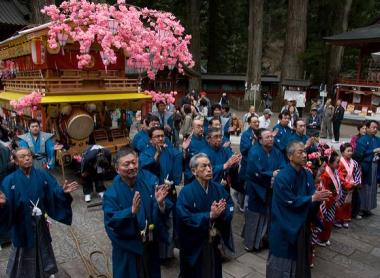 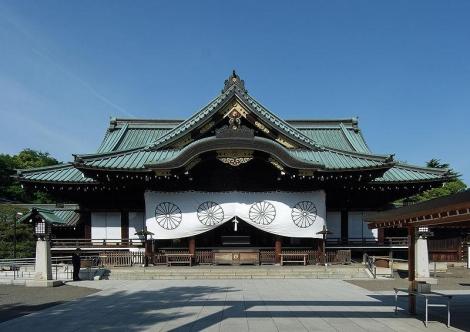 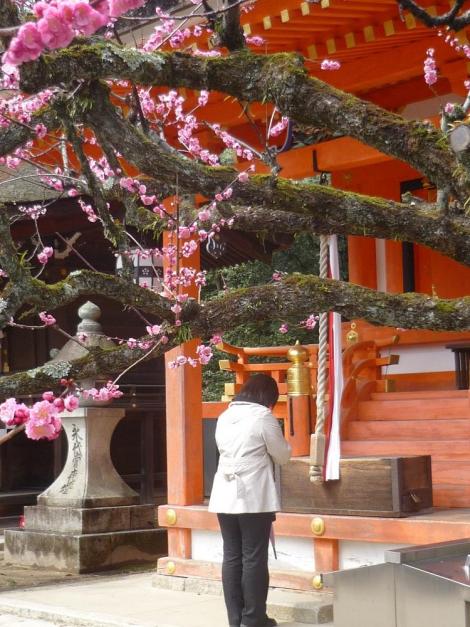 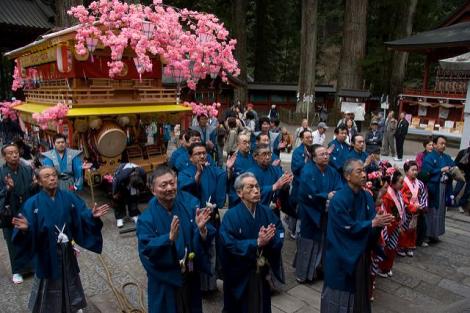 "GOD" AS REPRESENTED IN THE WORLD OF ABRAHAMIC RELIGIONS, A SINGLE BEING, CREATOR OF THE WORLD, TRANSCENDENT, DOES NOT EXIST IN THE SHINTOIST RELIGION. ANIMIST AND POLYTHEIST RELIGIONS, IT IS RATHER TALK OF DIVINE BEINGS IN DIFFERENT FORMS.

Beyond Shintoism, Japan was influenced much by Buddhism but let's start with Shinto's notion of the divine.

The etymology of the word kami in Japanese: 神

In Japanese, the word that we associate with "god" is written 神, and, like all kanjis, this charcter has a Japanese reading but also a Latin-Japanese reading.

Pronounced "shin" or "jin", it comes from the Chinese "shen" and refers in traditional Chinese religion to the spirits of nature. Thus, Shintoism, Japanese Shinto, 神道, can be translated as "the way of the spirits".

In its Japanese version, the kanji 神 reads kami and it applies to the multiple deities and supernatural beings who inhabit the pantheon shintoist.

Mention of kami is found in the very first two books written in the Japanese language, the Kojiki "Chronicle of Ancient Facts", which is a collection of myths dating from 712, and the Nihon-shoki "Annals of Japan" from 720. We find in particular the myth of the creation of the world by Izanagi or the adventures of Amaterasu.

The great Kojiki commentator, Mootori Norinaga, said: "Any being who possesses certain outstanding qualities out of the ordinary, or who is impressive in nature, is called a kami". There is thus a myriad of kami.

A multitude of Japanese deities with multiple functions

Some of these kami embody the divine ancestors of the Japanese people. They were born from Shinto mythology. These are the kami of the "age of the gods", called amatsukami (heavenly kami). There are also kunitsukami (terrestrial kami.)

The other kami can be the spirits of the deceased or the spirits who govern nature. Thus, for the Shintoists, mountains, rivers, forests, and other natural elements are all inhabited and ruled by spirits who are honored during traditional festivals.

These deities and spirits are each animated by beneficial powers or/and a "spirit of violence" that can be awakened if ever one encroaches on their domain or if one is guilty of a related fault with their field of action. This fault (tsumi) activates the punishment or (tatari), which one can ward off by purifying oneself (harau).

This worldview involves an almost material, causal relationship with "God". Here the relationship is less hierarchical than in the Western conception. Humans constantly interact with supernatural beings who have reactions similar to those of human beings.

Amaterasu: the greatest deity of the Shinto religions

Among the many Shinto deities, Amaterasu, the goddess of the Sun, literally "the one who makes the sky shine", is the most revered. It is represented in the Japanese flag, in the form of the solar disk.

Daughter of Izanagi and Izanami, she would have been born from the left ear of her divine father. Legend also has it that, following an argument with her younger brother Susanoo, Amaterasu retreated to a cave, and darkness reigned over the world. All the kami came to beg her to come out and ended up, tricking her, by making her leave her cave. The universe brightened up again and the worship of the sun goddess never dries up. According to the Kojiki, Amaterasu would be the direct ancestor of the emperors of Japan as she sent her grandson Ninigi to rule and the latter's grandson would be Jinmu, the first mythical emperor of Japan. It is also said that it is Amaterasu who developed the rice fields, the cultivation of wheat, the breeding of silkworms, and the art of weaving.

Amaterasu is worshiped in Naiku Shrine, Ise-jingu Inner Shrine, Japan's holiest Shinto shrine. Visitors cannot approach the heart of the sanctuary and must stay at the bottom of the steps that lead to it.

It should be noted that if Shinto mythology includes a large number of anthropomorphic gods and goddesses, unlike Buddhist deities, the latter is very rarely represented. Very little or no carvings of the deities (except for the deity Inari in Shintoism ), some images. Images of Amaterasu in human form appeared very late and are few. It is generally represented with long black hair and dressed in a long white garment lined with red. Traditionally, the Sun Goddess is symbolized by a metallic mirror.

Discover the beautiful city of Ise with one of our organized tours!

Are there alternatives to the term kami?

The term kami was coined to give meaning to the traditional notion of divinity in Shinto Japan. The emergence of Catholicism on the archipelago with its idea of the unique God creator of all things has shaken up this linguistic tranquility.

To reflect the peculiarity of the notion of God of monotheisms, the term Tenshu 天主, or "master of the heavens" was created and was used by Japanese Catholics, in competition with the term Jotei 上帝 "ruler above", and this until the end of the kami-sama 神さま only necessary from the nineteenth century. Since then, the term kami has resumed its preponderance but is enriched with new meanings and external influences.