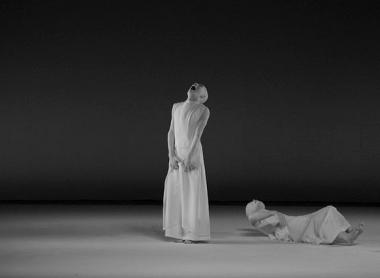 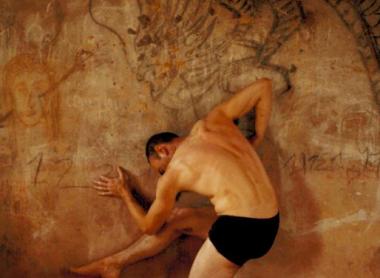 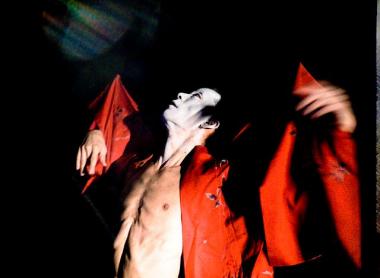 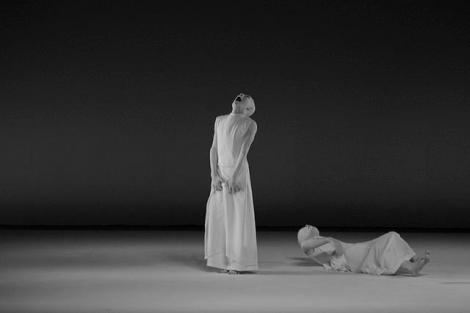 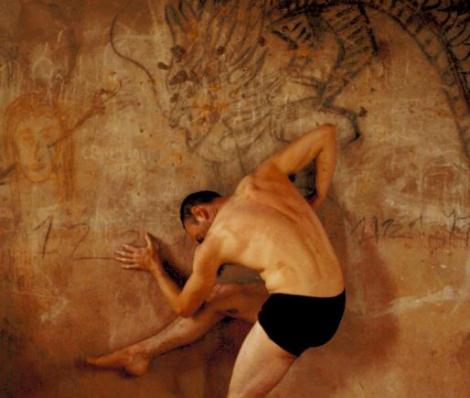 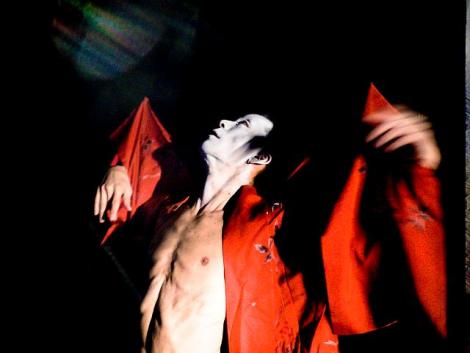 Born in Japan at the end of the 1950s, the Butoh dance expresses the suffering and problems in the society of the time. Influenced by Buddhism and Shinto beliefs, this dance performance fascinates as much as it challenges.

More than a codified dance, butoh is a concept, a way of perceiving the world. The body itself is a work of art. The attitudes, the features are twisted but do not play. They express feelings, sensations that the artist experiences on stage. Impossible to remain indifferent. Whether irritated by the strangeness or fascinated by the gesture, the viewers are struck...

The stage is naked, the bodies are pale. The dancers move in almost darkness with an aerial slowness. Their marble muscles tighten in pain. Butoh is a dance close to the artistic, revolutionary, transgressive performance. Created in Japan at the end of the 1950s, it is the art of the distress of a Japan shattered by WWII and nuclear bombings.

This inclusion of Man in Nature reveals the strong influence of Shintoism. The shaved heads of the male dancers (the majority), their skin covered with white powder, their lymphatic movements, place them on the border between minerals, plants, and animals.

Butoh is a dance that rejects forms of traditional Japanese theater, whether it is Noh theater or kabuki. It is the search for a lost identity.

In 1945, Hijikata was 22 years old. The defeat and the American occupation plunged the country into a year zero.

Dancer and choreographer Ikko Tamura, a member of the Dairakudakan company created by Akaji Maro explains: "I find that this part of history has contributed to the birth of this form of expression. It symbolizes the defeat of our country and has questioned the notion of “Greater Japan.” It was a violent change. Japan was then faced with a monstrous disaster and was forced to radically change its values. One wondered what Japan was after all. "

The First World War and its bloody madness shattered confidence in human progress and gave birth to dadaism and surrealism. The Second World War and the gaping wound it left in the faith of Man generated a new fascination for the absurd among artists around the world. Rationality pushed to the point of vice having led to unprecedented inhumanity, only a total reversal of values, and the abolition of traditional principles could still allow a return to Humanity.

The post-war Japanese scene recalls the universes of Eugène Ionesco or Samuel Beckett and shares with them radicalism in the absurd. It calls into question the classic conception of the relation of man to his environment.

A local art with universal appeal

Expression of existential anguish, the butoh seeks his salvation in a return to the primitive union of man and Nature. Since scientific and technical progress has led to the barbarism of the nuclear bombings of Hiroshima (August 6, 1945) and Nagasaki (August 9, 1945), the return to earth will be the outlet.

The dancer's body is an extension of the earth. After all, the term Butoh means "dance that hits the ground ." Thus, Hijikata developed the technique of ganimata, literally "bent legs". It's about dancing while feeling the weight of the mud that envelops your feet, the weight of the earth stuck against your body.

“Butoh dancers were trying to figure out how to stand as Japanese". Hijikata grew up in Akita, an important rice-growing region. He relied on the feeling of having two legs planted in the mud of a paddy field - "Each person has their own experience linked to the place it enlarged in. Something local, so we tried to transform these very local peculiarities into something universal".

There are as many butohs as there are sensibilities, each dancer feeds their art from their own experience. Any movement of everyday life can become a form of beauty, depending on the gaze and the consciousness that perceives it. Butoh can exist in the way of behaving of an old lady as in the gestures of a cook who turns over his skewers of yakitori...

Where to discover Butoh in Japan? The workshops, schools, and butoh scenes

Butoh dance companies are less well known in Japan than abroad. Amagatsu Ushio and Ikeda Carlotta are among the most famous dancers in the West. Amagatsu is the founder of the Sankai Juku company which participated in the Avignon festival in 1981 with the creation of Bakki as well as in the Lyon Dance Biennale in 2012 with the show Umusuna.

Keio University in Tokyo has a documentary collection rich in recordings of Hijitaka's stage performances.

Although in recent years, butoh has gained popularity in its native country, it remains a confidential art. There is only one establishment in all of Japan: Butoh-kan in Kyoto, which opened in 2016.

In an old kura (a house with thick walls used as a warehouse), performances are given in a very small space: no more than nine people can attend the show, which creates an exceptional intimacy between the dancers and their audience.

There is also in Hokkaido an association created in 2011, the Hokkaido Contemporary Dance Association, dedicated to the propagation of butoh. It organizes butoh shows and workshops throughout the year.

Likewise, Ohno Yoshito continues to teach his passion to students from all over the world in his father's studio in Kamihoshikawa, on the outskirts of Yokohama. The unique opportunity of a trip to the end of the Butoh.

The Dairakudakan company organizes workshops lasting several days in the summer, but everything is in Japanese.