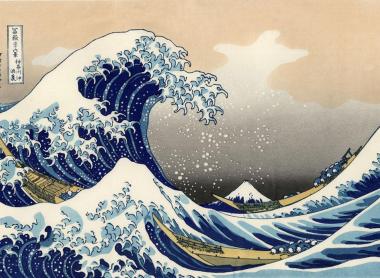 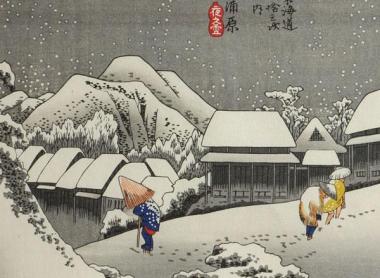 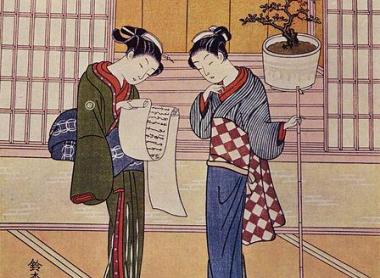 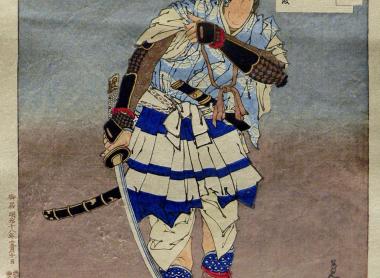 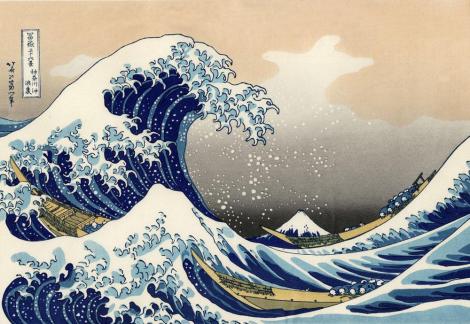 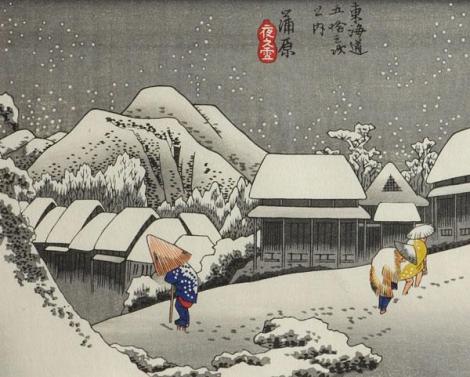 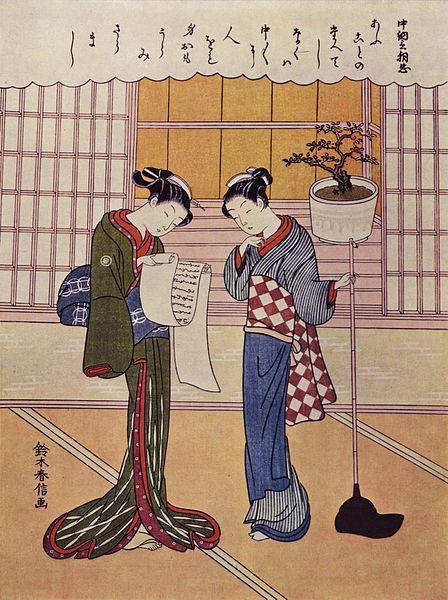 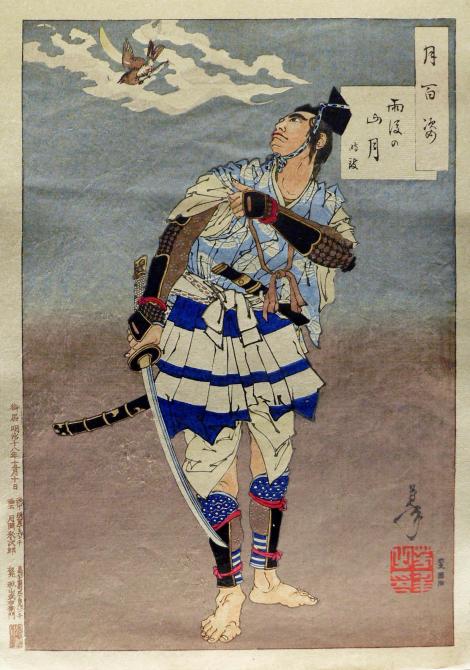 All about Ukiyo-e, the Japanese art of printmaking

Ukiyo-e is an artistic movement that reached its peak during the Edo period (1603 - 1868). Very marked by the print which is the main representative, this art intended for the bourgeoisie is marked by themes of everyday life at that time.

In itself, in the proper sense of the term is not at the base a technique but a movement , since it integrates both painting and printmaking . So there are ukiyo-e works that are not prints, and prints that don't belong to ukiyo-e. However, speaking of ukiyo-e, we will mainly deal with prints since the vast majority of works are.

Ukiyo-e means " image of the floating world" , which well transcribes the favorite subjects of ukiyo-e: ephemeral scenes of the living world , but also of everyday life. It is easier to interpret this term, to better understand ukiyo-e, by "life as it happens before our eyes".

This term thus illustrates both the notion of Buddhist impermanence , as well as the recklessness of a changing society.

If The Great Wave of Kanogawa by HOKUSAI Katsushika ( 1760-1849) is no longer to present, we must not forget that an ukiyo-e print is never the fruit of a single man, because it requires the realization of several stages, each one involving various know-how.

It all starts with the artist, the designer, the one whose name appears on the final print, and who makes a drawing in Indian ink on a sheet of paper, called the shita-e .

It is then up to the engraver to take over: on a wooden board which will become the matrix, he applies the sheet bearing the design of the work, and hollows out the areas devoid of patterns (the white areas) so that the topic. The original drawing is therefore partially destroyed in the process.

Finally, the printer, armed with his dexterity, passes ink on the block of wood and presses the sheet so that the print is born. Several copies can thus be made. To apply the colors , he then uses different wooden planks, each with the area to be colored in relief. This raised area is inked with the desired color, then applied to the sheet where the design was copied. The colors are deposited there one after the other by rubbing.

Ukiyo-e, the images of the people

It was during the Edo period (1603-1868) that this art experienced its golden age. First only in black and white, the artist HARUNOBUSuzuki (1725-1770) contributed, in 1765, to the development of the so -called nishiki-e technique, allowing polychrome prints . From then on, expression through printing knows no limits.

Popular art representative of the petty bourgeois merchant class, the themes of the engravings are very varied and remain close to the concerns of the "little people": portraits of kabuki and noh theater actors to spread the popularity of these rulers of the plates, portraits courtesans for chilled lovers or for women wishing to keep abreast of the latest clothing fashions, sumotori portraits, genre scenes ...

Prints had above all a very important social role within the middle class of Edo.

One of the most surprising genres was undoubtedly the shunga , literally " images of spring" . These pornographic prints were hugely popular on the streets of major cities, where they were sold under kimono after the Tokugawa shogunate banned them. But the social importance of these censored works should not be overlooked. Very close to the community of courtesans , UTAMARO Kitagawa (1753-1806) excelled in this field.

The prints of Hokusai and Hiroshige, an art that travels

Two artists finished giving their letters of nobility to the engravings: HOKUSAI Katsushika (1760-1849) and HIROSHIGE Ando (1797-1858). Focusing more particularly on landscapes (urban or natural), their series of prints representing famous places met with phenomenal success, in Japan as in the West.

Following HIROSHIGE through The Fifty-Three Stages of the Tôkaidô Road allows you to discover the country through its picturesque landscapes and HOKUSAI's Thirty-six Views of Mount Fuji show a high degree of mastery of pictorial composition . The western perspective is introduced in these prints representing Mount Fuji, numbering 46 (and not 36!). These works mark a turning point since they elevated the landscape to the rank of a subject in its own right in Japanese art. 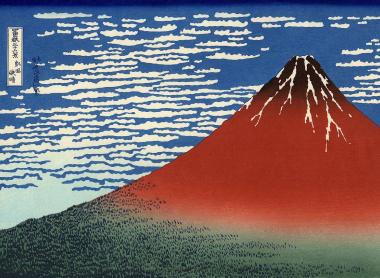 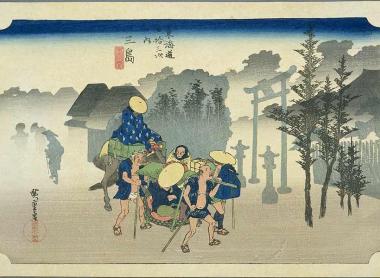 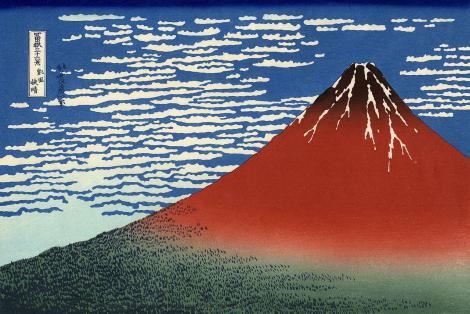 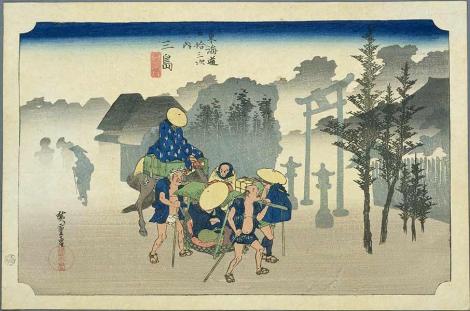 Ukiyo-e has also had a great influence on Western art , and masters such as Van Gogh and Monet, fathers of modern art, have drawn inspiration from these prints for their work.

Quickly challenged by the arrival of photography at the start of the Meiji era (1868-1912), prints began to slowly decline. But if the names of a few artists passed to posterity, the engravers - with incredible talent - were forgotten.

Japanese prints can be admired in many museums in Japan , including the Tokyo National Museum , the Sumida Hokusai Museum, the Fujisawa Museum of ukiyo-e, or the Japanese Museum of ukiyo-e in Matsumoto (Nagano) .