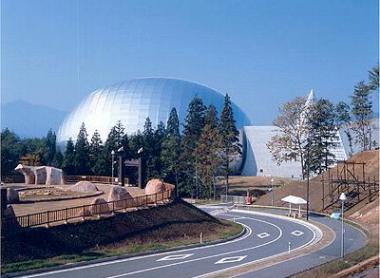 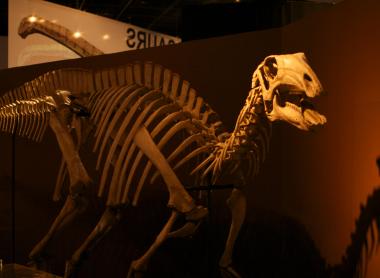 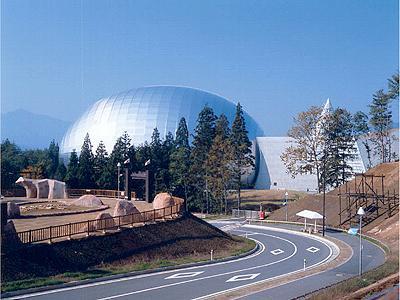 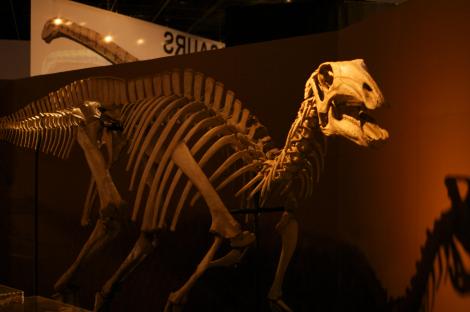 Since July 14, 2000, you can visit the largest dinosaur museum, if not the world, at least for Japan. Located in Fukui, not far from the traditional city of Kanazawa.

Dinosaurs in the spotlight

It is one of three major dinosaur museums in the world (along with the Tyrell Museum in Canada and the Zigong Museum in China). Designed by Kisho Kurokawa, it is an architectural masterpiece that in addition to spanning 30,000 square meters distributed over 4 floors, looks from the outside like a dinosaur egg! It was built in Katsuyama because many fossils of dinosaurs were found there. In the main hall, or “ Dinosaurs World ”, visitors are also greeted by a skeleton of fukuiraptor, a theropod (carnivorous dinosaur which also has bird attributes) from Fukui!

In addition to local specimens, the museum exhibits 35 specimens of dinosaurs, with of course the most famous dinosaurs such as the tyrannosaurus rex or the allosaurus, which visitors can approach. There is also a diorama, in which the dinosaurs represented are more real than life: thrills guaranteed! Note that the exhibition focuses in particular on dinosaurs that once roamed Asia.

Two other sections of the museum have a real educational aim, while remaining fun, with in particular the section “ Earth Science ” (or earth sciences) which explains the evolution of the Earth via numerous videos, rocks, and minerals. Two different axes are adopted: Earth and water, and Earth and fire. Added to this is the “ History of Life ” exhibition: while having a breathtaking view of the 40 fossils, you can admire others, in parallel with an exhibition that explains the evolution of vertebrate life over 4.6 trillion years. The focus is obviously on the evolution of dinosaurs, but also on how life on Earth evolved from a single-celled organism to man. Visitors even have the opportunity to touch real fossils! It is also possible to observe scientists at work since the museum's research laboratory, made up of transparent panes, is in plain sight.

In addition to its exhibition space and its very good souvenir shop, the museum also has a park where visitors can walk, or even picnic, between different dinosaur sculptures perfect for your souvenir photos. The park is located on the hill above the museum and therefore allows a nice shot of the museum/dinosaur egg itself!

The prefecture of Fukui is not very touristy, but, you will understand, the museum of dinosaurs is well worth the detour, on the road to Kanazawa!

Our tours in Fukui

Visit a soba factory in Echizen

Echizen Soba no Sato is a soba factory in Echizen city.

Maruoka Castle is located in Hokuriku, in the plains north of Fukui City.

The artisans of the former province of Echizen, Fukui Prefecture, have been perpetuating traditional Japanese paper know-how for more than 1,500 years.