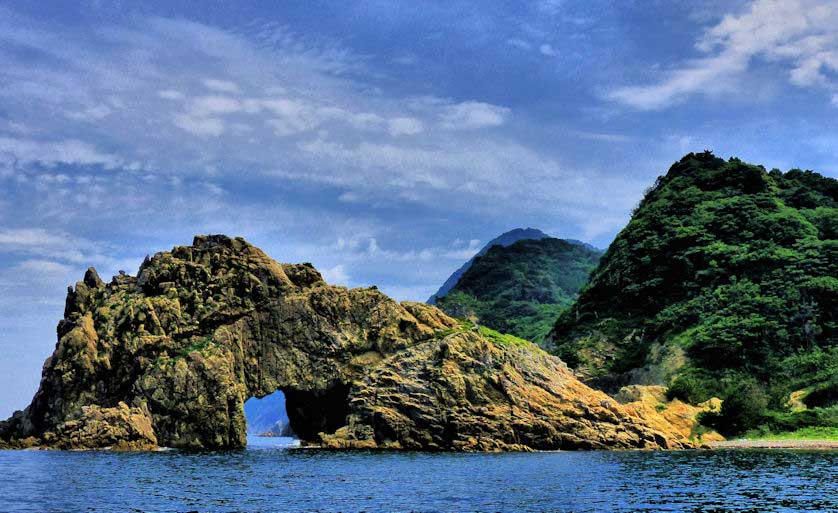 The Marine Alps, the dramatic coastline of Omijima Island in Yamaguchi

What is often forgotten, or not really even noticed, is that Japan is an archipelago.

Much is made of the fact that Japan is mostly mountainous, or has some of the biggest cities in the world, but one of its most fundamental features is that it is made up of of more than 6,800 islands, around 430 of them being inhabited.

One of the things this means is that Japan has a lot of coastline. More than 30,000 kilometers of it, in fact, which ranks it as the 6th longest coastline for a country in the whole world.

With all this coastline it is not surprising that some of it is dramatic and spectacular although much of the best is missed by many visitors as the most popular tourist destinations are in the parts of the country that are the most heavily urbanized and industrialized.

With a few exceptions, like the great seascapes to be had around the Seto Inland Sea for instance, most of the really impressive coasts are to be found away from the main tourist routes. 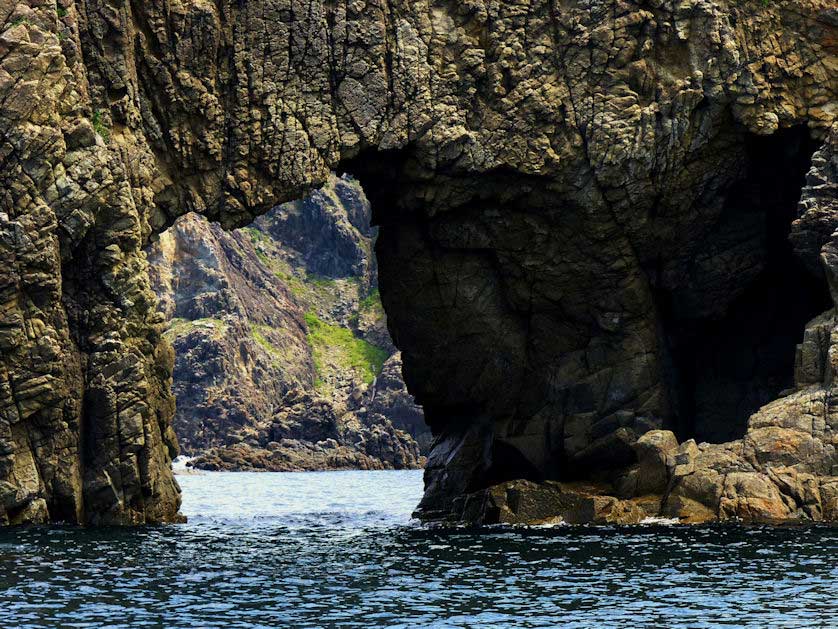 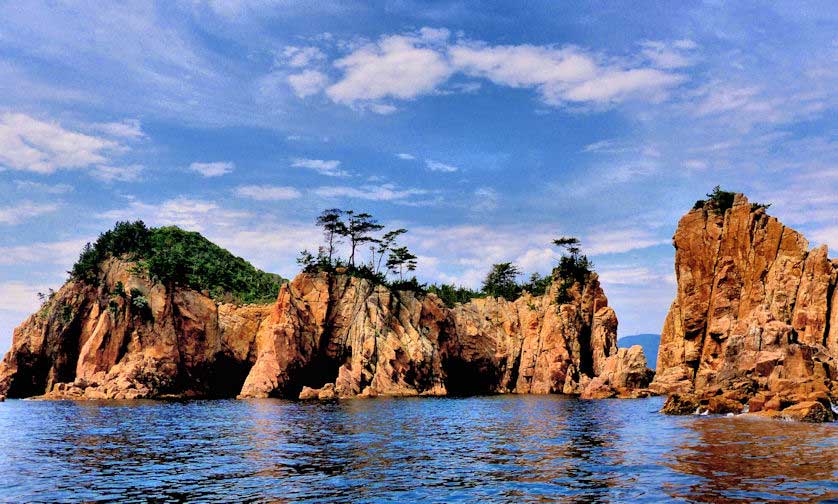 A case in point is the island of Omijima on the north coast of Yamaguchi Prefecture in the far west of the main island of Honshu. Omi Island is part of the Kita-Nagato Kaigan Quasi-National Park.

Not too far from Hagi, the former castle town that has seen an increase in visitors since it was made a UNESCO World Heritage site, Omijima can easily be visited on a visit to Hagi.

Lying just offshore from the mainland, close enough to be connected by a short bridge, Omijima has about 40 kilometers of coastline.

About two thirds of it earning the nickname the Marine Alps because of the dramatic landscape of sheer cliffs rising from the sea.

There are towering spires and other rock formations, sea caves, and assorted natural arches and bridges.

There is a nature trail, a few kilometers along a part of the coast where some great views can be had. However, the best way to view the Marine Alps is obviously from a boat. 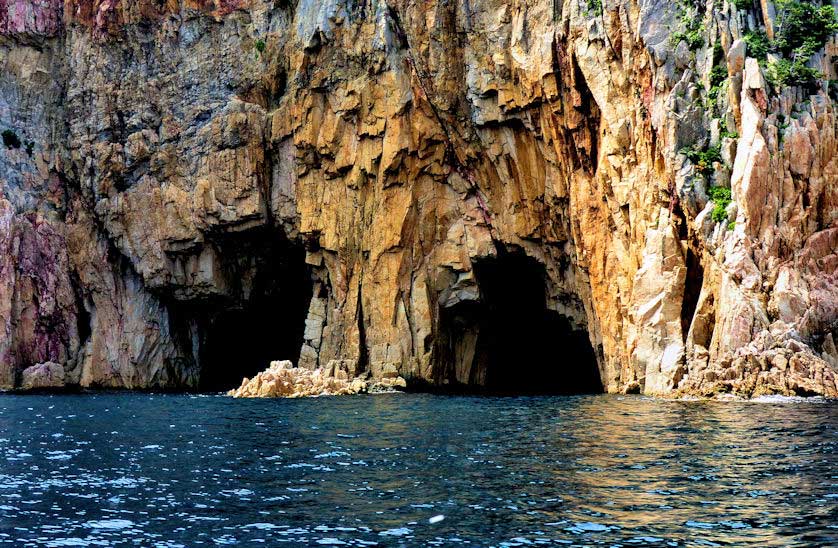 The Married Caves in the Marine Alps of Yamaguchi 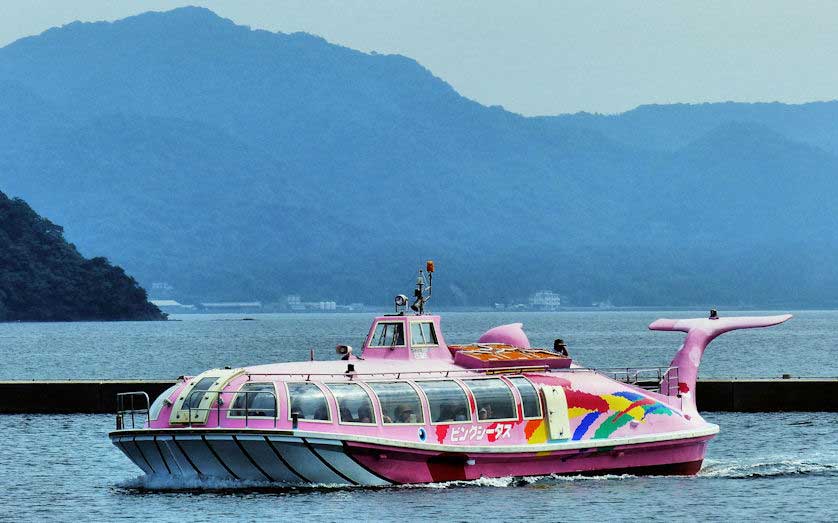 Tour boats operate out of the harbor at Senzaki, the small town from where the bridge crosses over to Omijima.

There are two types of boat, the larger Whale type or the narrower Dolphin type. The difference between them being that the Whale boats have a small exterior deck, but are too wide to actually go into any caves, and the Dolphin boats can go into caves but have no deck, although the windows can be opened.

The standard course goes completely around the island and lasts for about 1 hour and twenty minutes. The cost is 2,200 yen for adults, half that for kids.

However, depending on the weather, prevailing winds, sea conditions etc various shorter courses might be substituted or sometimes no cruises take place at all. Available tours are posted at the quay side or can be found by phoning the tour company ahead of time. Shorter tours are priced accordingly.

The tours are conducted in Japanese, though it hardly distracts from the enjoyment of the views. Mostly the commentary is explaining the meaning behind the names given to the various geological features, like the Married Caves, Elephant Nose, Male Kannon, Stone Gate, Eboshi Rock, Buddha Rock etc. The Dolphin class tour boats will usually enter at least one of the caves and pass through a natural arch.

During April to September there are usually 8 cruises a day. In March, October and November 6 cruises, and December to February just 4 cruises. Groups can have their own tours organized. 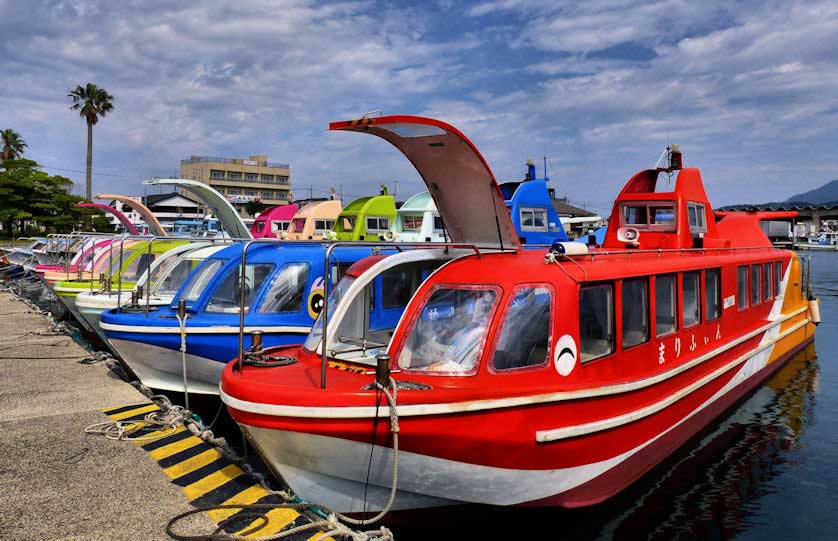 Nagato-shi is just 30 minutes from Hagi Station on the JR San-in Line, or via the Mine Line it is an hour from the closest shinkansen station at Asa.

For those with the time, the San-in Line from Shimonoseki runs around the coast and takes 2 ½ hours. The Japan Rail Pass is valid on the shinkansen, JR Mine Line and JR San-in Line.

Omijima is a popular destination for outdoor activities. As well as the aforementioned hiking course it is very popular for fishing. The island also has a diving center.

There are numerous campsites on Omi Island as well as other accommodations. Omijima was historically a whaling center and there is a small museum devoted to the subject. 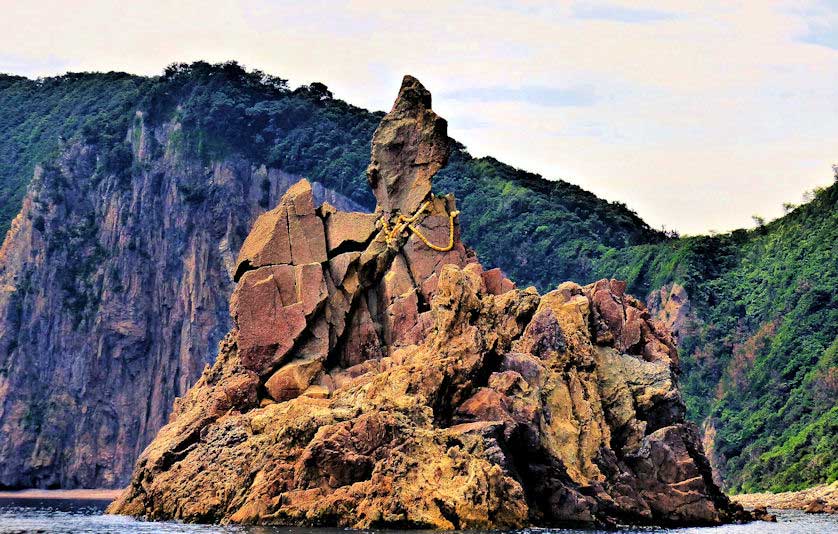 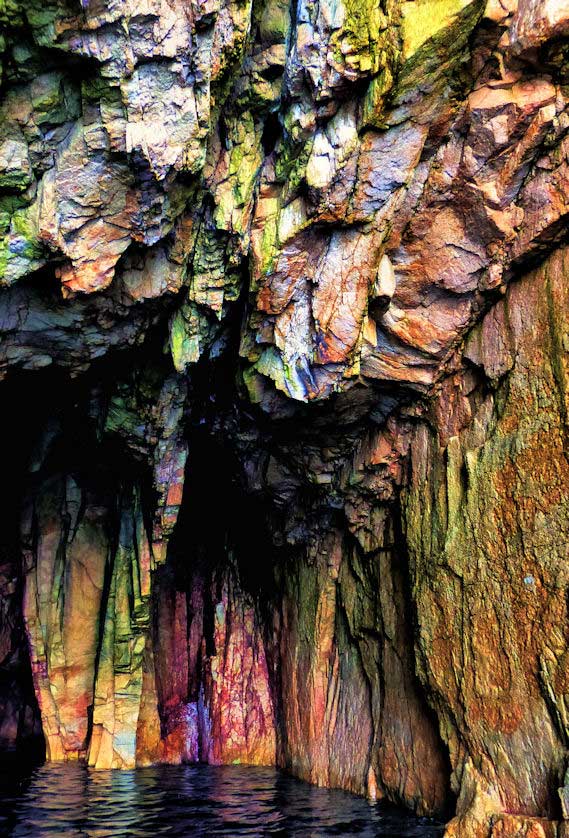 $116 per person
Discover all our activities in Hiroshima (147)

Ôkunoshima, declared " kyukamura ", literally "village to rest", is a small island located off the coast of Hiroshima Prefecture in the Setouchi Sea (Inland Sea of Japan).