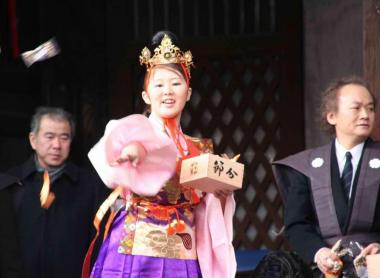 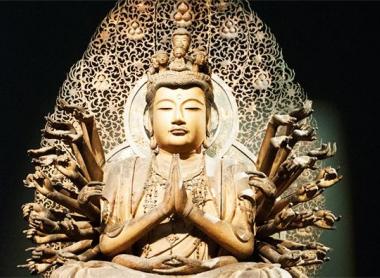 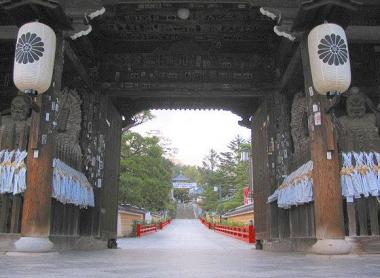 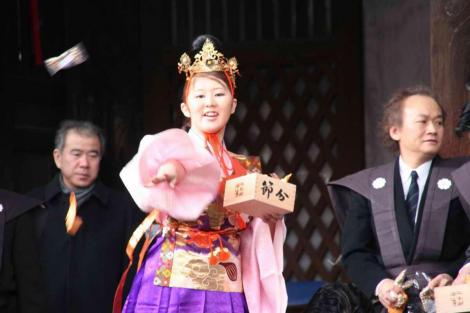 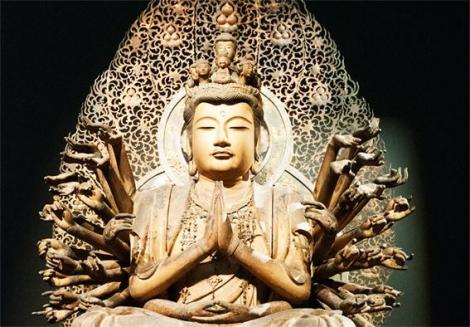 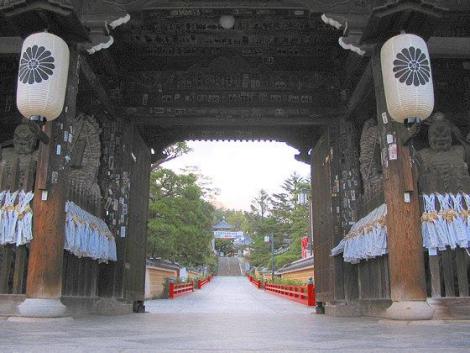 For the love of Kannon

Around Osaka is the Nakayama-dera Temple of Kannon, the Buddhist figure of compassion and pillar of the Buddhist religion loved by all.

Nakayama-dera was founded in the twelfth century by the great Shotoku Taishi and restored in the sixteenth century by Toyotomi Hideyori. It houses three statues of the famous Kannon. These statues are important classified cultural properties, and make the place one of the 33 steps of the pilgrimage in honor of Kannon.

The saint of mercy

Kannon is a Bodhisattva, a Buddhist saint immediately underneath the Buddhas in the hierarchy of Buddhism. Kannon (or Avalokitesvara in Sanskrit) is regarded as the bodhisattva of mercy and thus been a particularly important God to worship. People still come to Nakayama-dera to appeal to its compassion, and especially pregnant women come to pray for a safe delivery.

The statues of Kannon are easily recognizable. The saint is often depicted as a woman wearing princely clothes. It is also often represented with eleven heads and sometimes, but not always, with its thousand arms holding Buddhist symbols.

They say the Kannon in Nakayama is carved in the guise of Shoman, a famous lady from India. The statues in Nakayama are especially adored, and praying in front of them is the equivalent to praying in the 33 temples of pilgrimage Kannon.

The temple is illuminated every year on August 9th for the Feast of Hoshi kudari, the "descending stars' festival". During this festival groups of men performing ritual dances accompanied by the famous Japanese drum, the taiko. A show that will resonate to your very core.

The festival of Setsubun, February 3rd, it is also particularly colorful. During this festival the famous Takarazuka Revue theater actresses come to embody the goddess Kannon and perform the ritual of throwing beans to repel demons.

$43 per person
Discover all our activities in Osaka (151)

Sumiyoshi Taisha, in southern Osaka, is claimed to be one of the oldest shrines in Japan.

Isshinji Temple, 一心寺, in Tennoji, Osaka is remarkable for its modern architecture.

Tenmangû Shrine plays an important role for the people of Osaka. Beyond being the gathering place for the Tenjin Matsuri, it captures the attention as a large Tenjin place of worship.