Hokekyoji Temple near Tokyo is an important Nichiren-sect temple famous for its cherry blossom in season and several historical temple halls and pagoda. 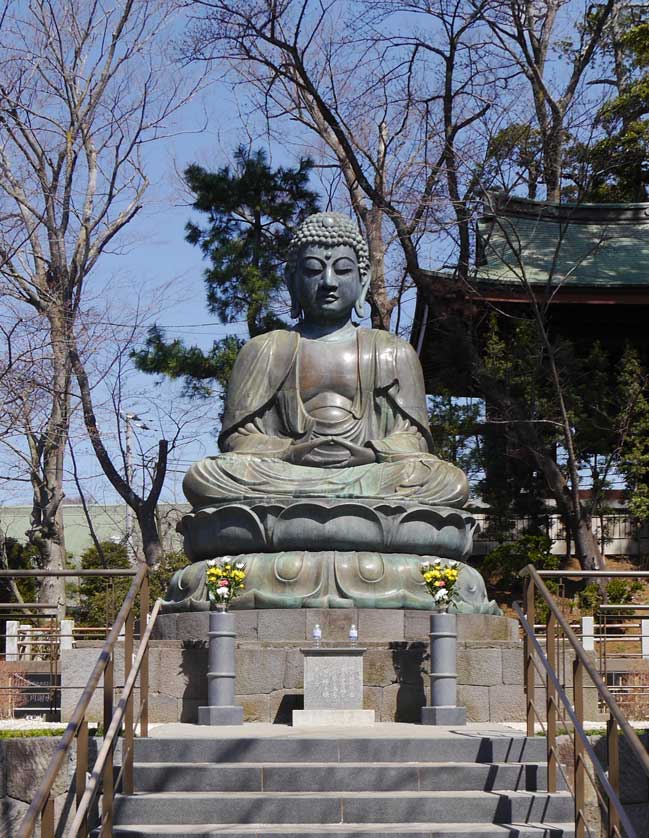 Statue of the Buddha dating from 1719

Those looking for a relaxing outing to a historical, yet little-known temple complex should spend the 25 minutes it takes to head east from Akihabara Station to Hokekyoji, one of the main temples of the Nichiren sect of Buddhism. 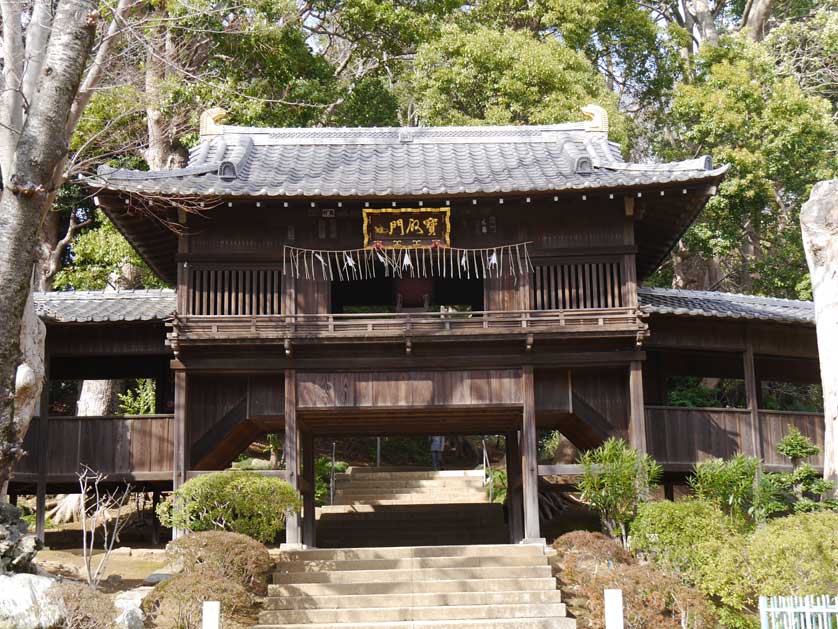 Hokekyoji Temple is an important Nichiren temple in Chiba Prefecture

At the main entrance stands the impressive Niomon Gate, built in 1927. The gate has been named a national important cultural asset.

Off on the right is a statue of Nichiren, the founder of the sect. The Nichiren sect (1222-1282) was established in the 13th century and has followers in a number of countries.

From the front gate to the main area is a cherry tree-lined street with small shops selling amazake and other traditional Japanese drinks, along with foods and toys. There is an old cemetery on the left side of this street. 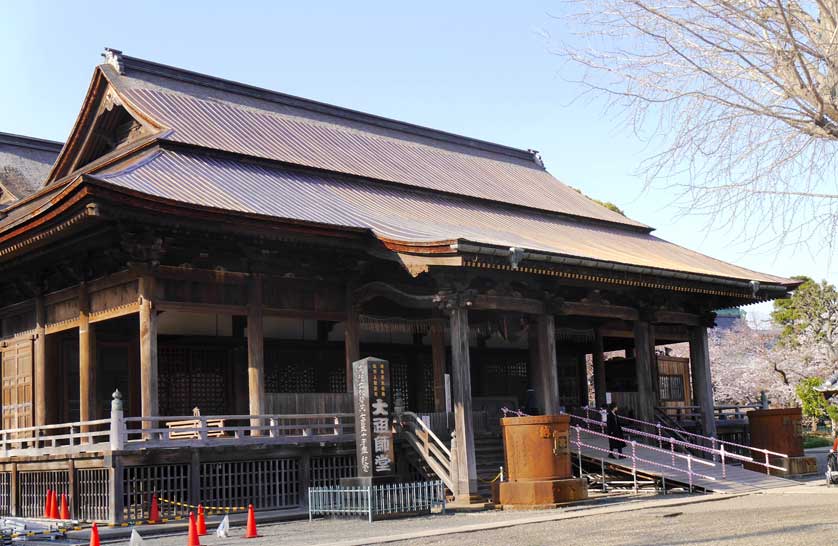 When you get to the end of the narrow street, you will come to an open area. On your left is the Shoshido, an impressive hall that was built some time prior to 1678 and rebuilt in 1741.

The pagoda, called Gojunoto, was built in 1622. Not far off there is a second, more modern stone pagoda which looks slightly out of place. 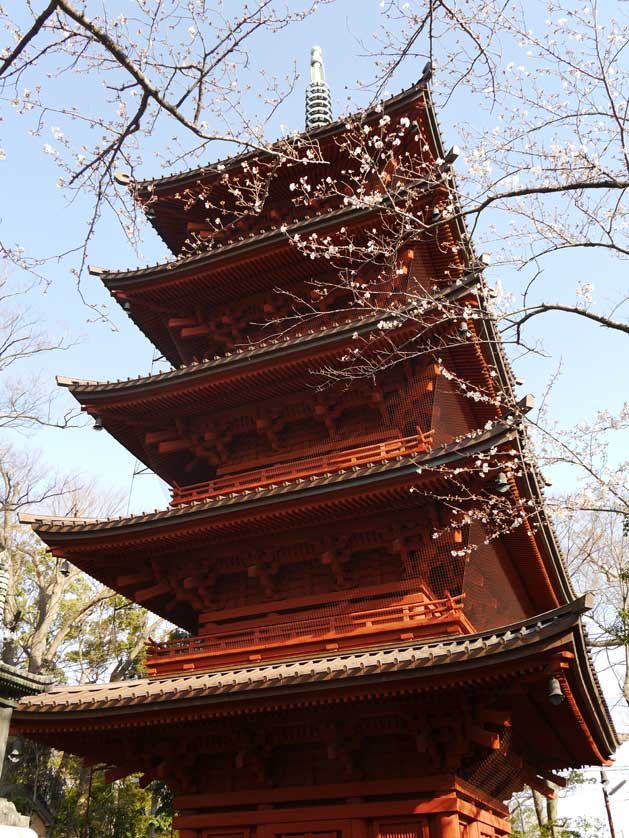 A little farther on is the most important building, called the Hokekyoji Honin.

It is here where you can see a nice doll display that runs for a few weeks until Hina Matsuri, which is celebrated on March 3rd.

One of the most important parts of Hokekyoji is the Ekyo-ji (法華経寺), a sub-temple which contains the Rissho Ankoku Ron, one of Nichiren's most important writings.

It is regarded as one of Japan's national treasures, and is available for the public to see only on November 3rd of each year. 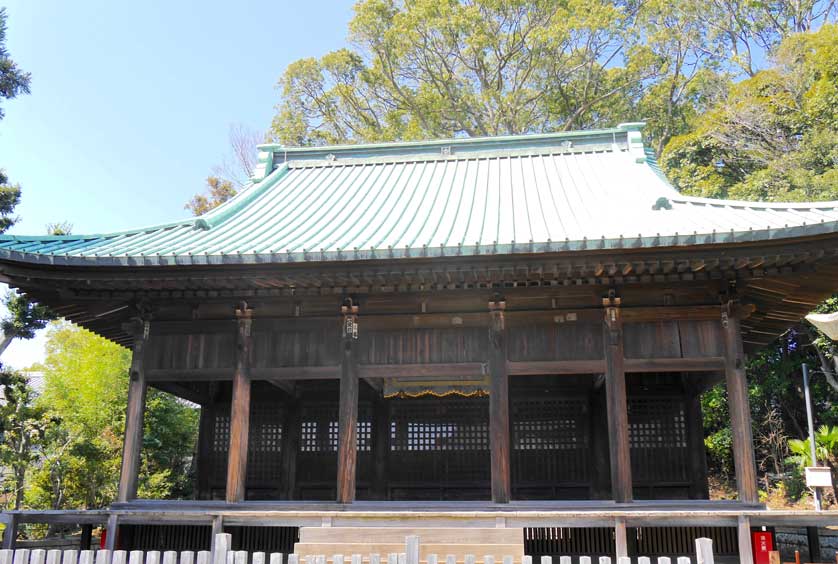 The Hokeido which dates from the 13th century

The oldest on-site original building is called Hokeido, which, has been standing since the later part of the 13th century. It is located behind the Shoshido.

In all, there are more than 30 buildings in the temple complex, a few of which are a short hike away and a little difficult to find if you don't have a map. 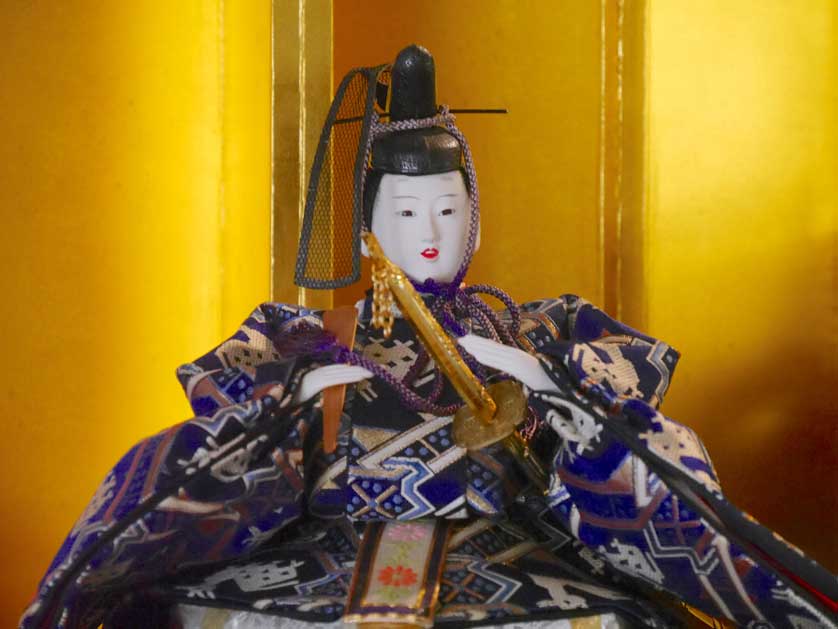 Often during the first four or five days of the new year, there is a man with a monkey giving an entertaining show on the grounds near the Shoshido. Donations are welcomed by the man - and the monkey.

Hokekyoji is known for its ritual of 100 days of asceticism, said to be one of the most rigorous in Japan.

Hundreds of priests from all over Japan gather annually from November 1 to February 10 and practice asceticism for 100 days.

They rise at 2 am and between 3 am and 10 pm, pour water on themselves seven times a day for purification. Then, they recite sutras. 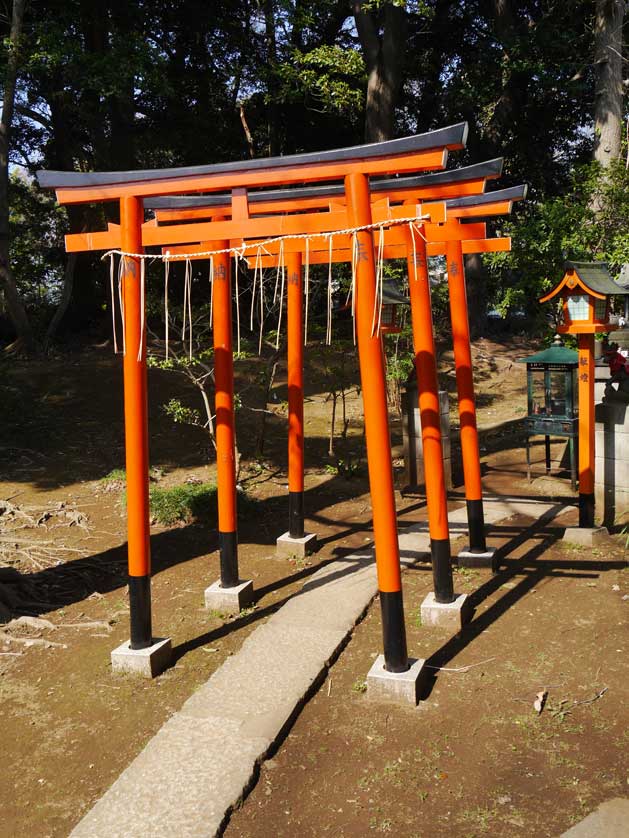 Torii gates within the temple grounds

You can also take an express from Keisei Ueno Station and change to a local at Keisei Yawata Station with no platform change. This takes about 32 minutes. 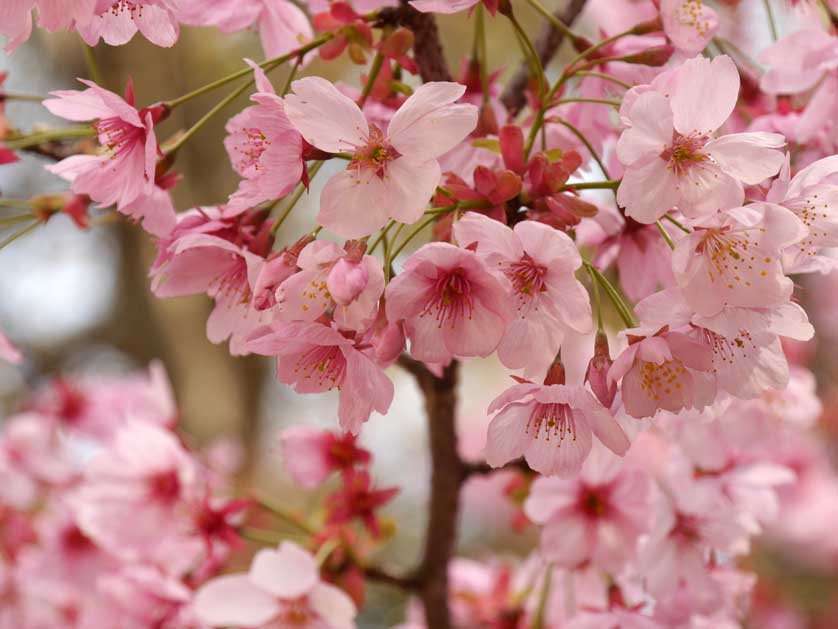 Hokekyoji Temple is open from 9 am to 4 pm from October through March, and 9 am to 5 pm from April through September. There is no admission fee. 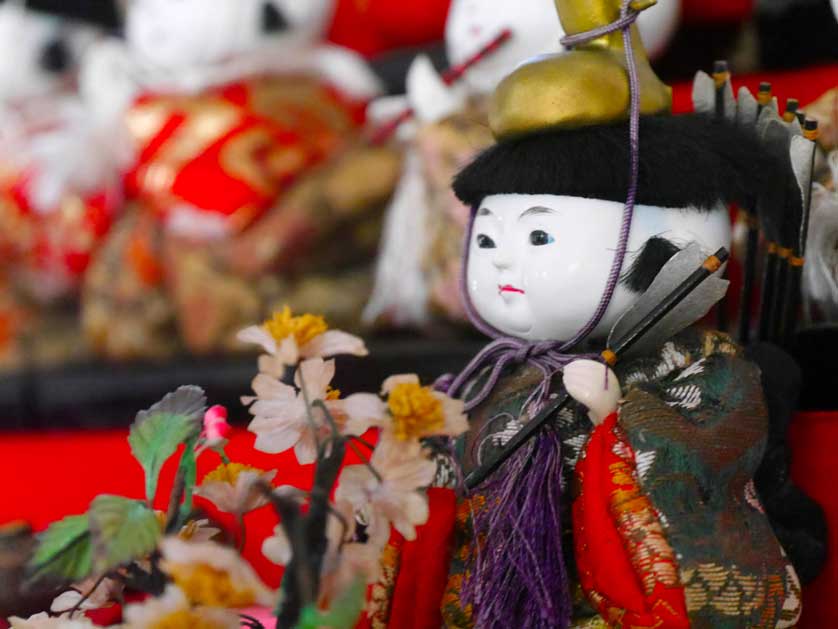 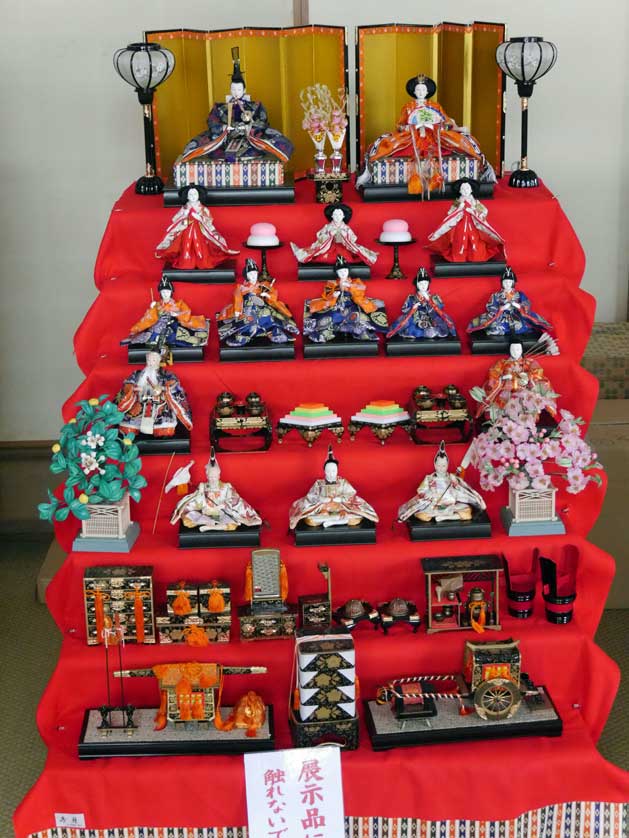 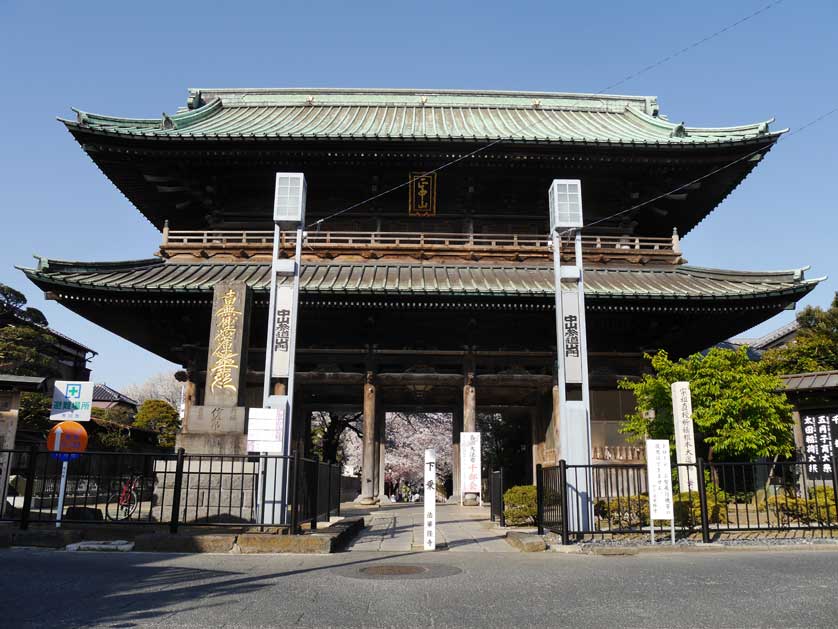 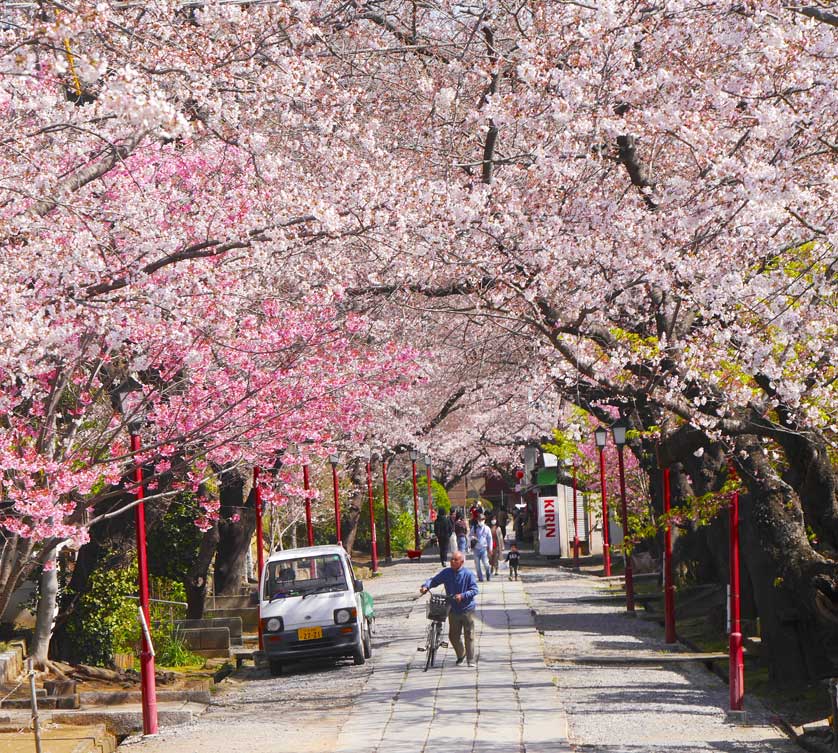 At the heart of an arrangement of memorial buildings for soldiers who died whilst fighting for the Emperor. The shrine seems so peaceful yet Yasukuni Jinja became very controversial.

Located in the heart of Tokyo in a wooded area of over 100,000 trees, Meiji-Jingu is one of Japan’s most famous shrines and is dedicated to Emperor Meiji and Empress Shoken.