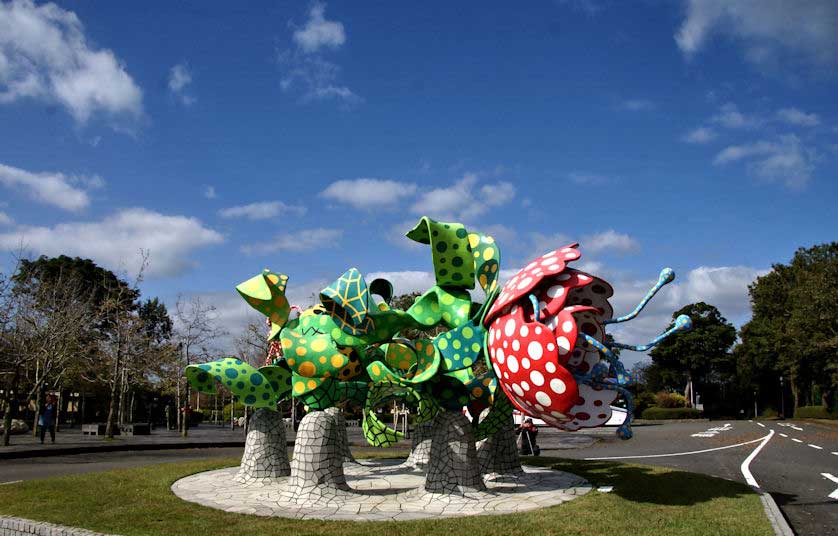 Flowers of Shangri-la, a sculpture by Yayoi Kusama at the entrance to the Kirishima Open Air Museum in Kagoshima

A world class collection of modern sculptures in a beautiful natural setting on the slopes of the volcanic Kirishima Mountains is off the beaten track but well worth the effort to visit.

Opened in 2000, and sometimes called an "Art Forest", sometimes a "Sculpture Park", The Kirishima Open Air Museum is a rare opportunity to see works by some of the best modern sculptors in the world in both interior and exterior environments. 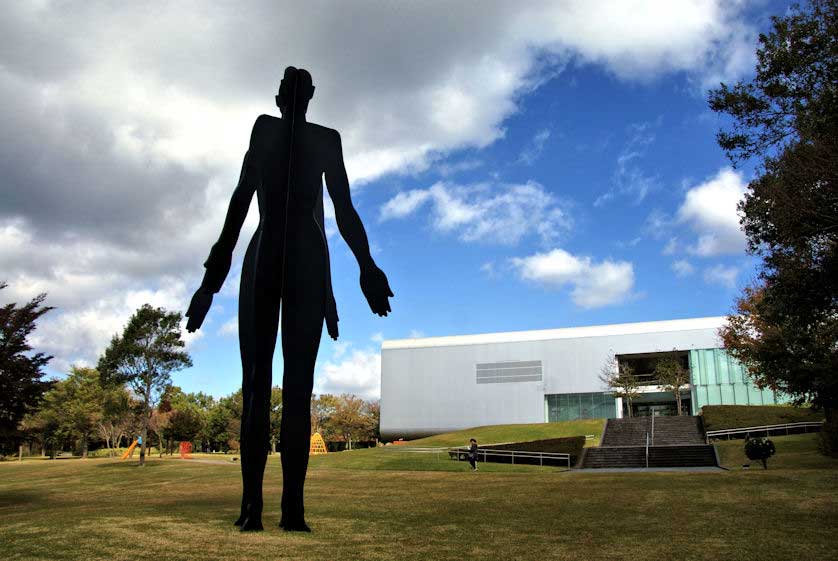 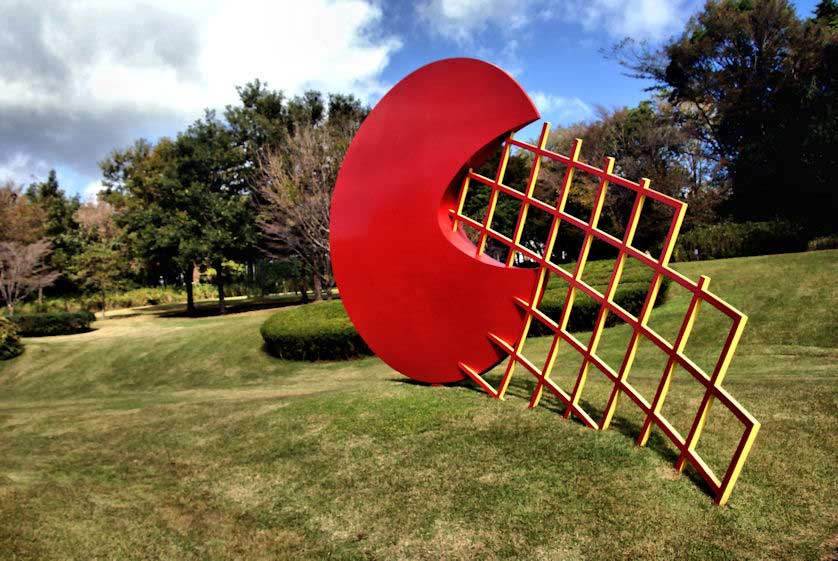 Part of "Sun Roots", by Philip King at the Kirishima Art Forest

23 pieces are set in the outdoors, covering 20 hectares, part grassy lawns, part forest, about 2 kilometers of paths lead you past the works, all of which were created for the site after the artists spent time here.

Sculpture is inherently interactive - you have to walk around a piece to appreciate it. But the work here is even more "hands on" with viewers encouraged to explore the pieces most of which focus on the relationship between man and nature.

There are no "Do Not Touch" signs and some are meant to be climbed on, so kids will have no trouble spending time here.

Some of the pieces are monumental in scale, like the 8 meter tall steel sculpture "Male/Female" by Jonathan Borofsky, consisting of two intersecting profiles, one male, the other female.

Some of the pieces are much smaller and take some searching for, like "A Walk with the Dog", by Hiroshi Fuji, a series of small sculptures of dogs hidden in the undergrowth.

In a similar vein, the tableaux by Antony Gormley, "Insiders", a series of slender figures set in a grove of slender trees. Probably the biggest of the outdoor sculptures is "In the Beginning", by Israeli artist Dani Karavan. A huge, rusty iron tunnel extends out from the hillside. Venturing down the tunnel brings the viewer to a stunning panoramic view of the countryside below. 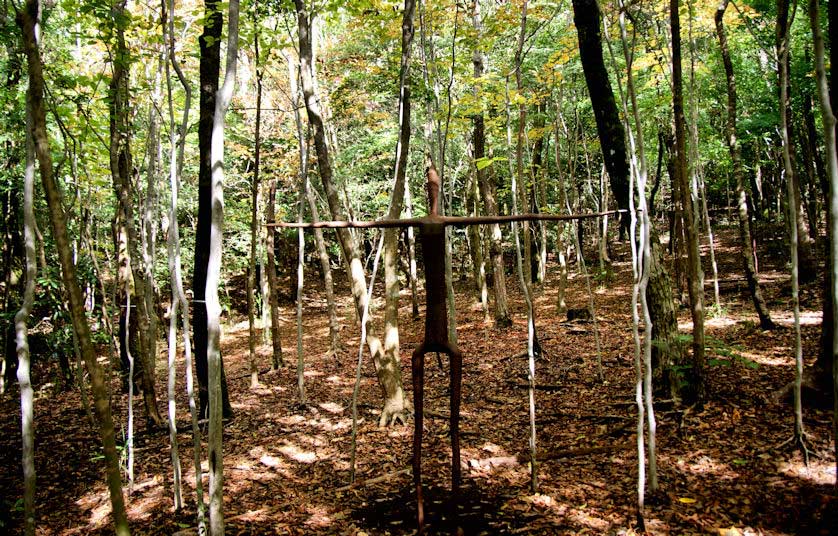 There is a wide range of artistic styles on view, as well as a multitude of different materials, and, of course, as the seasons change the environments around the sculptures change.

There really is no best season in which to visit. The outdoor pieces are all permanently displayed, and other artists represented include Keiji Uematsu, Kozo Nishino, Jeongwha Choi, Ulrich Ruckriem, Dan Graham, Luciano Fabro, Tang Da Wu and Noboru Tsubaki. 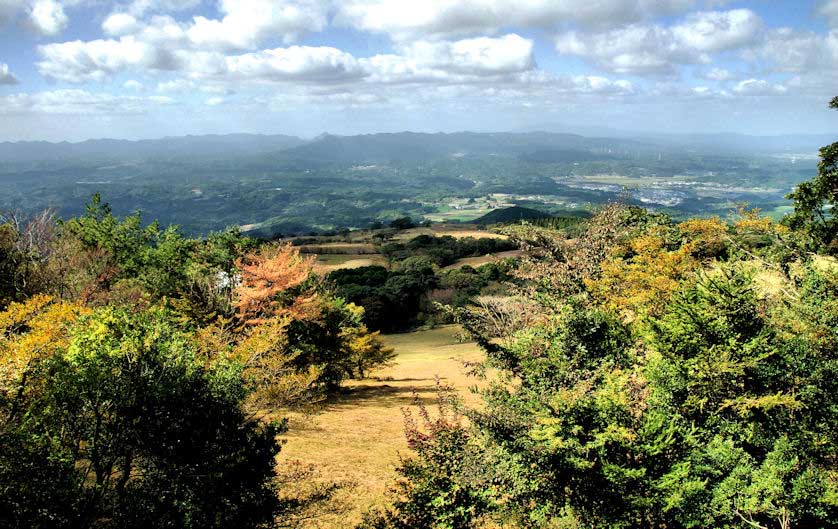 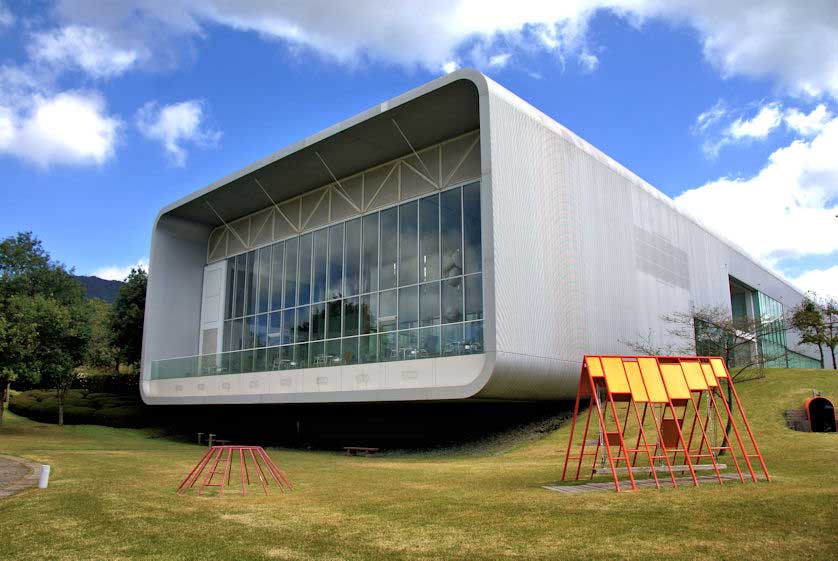 Thus you can be sure of finding at least some works that you are interested in.

The Art Hall also has a small shop and a cafe to take a break and relax.

Considering the number of high-quality artworks and the low entry price, this has got to be one of the best value art experiences in Japan. 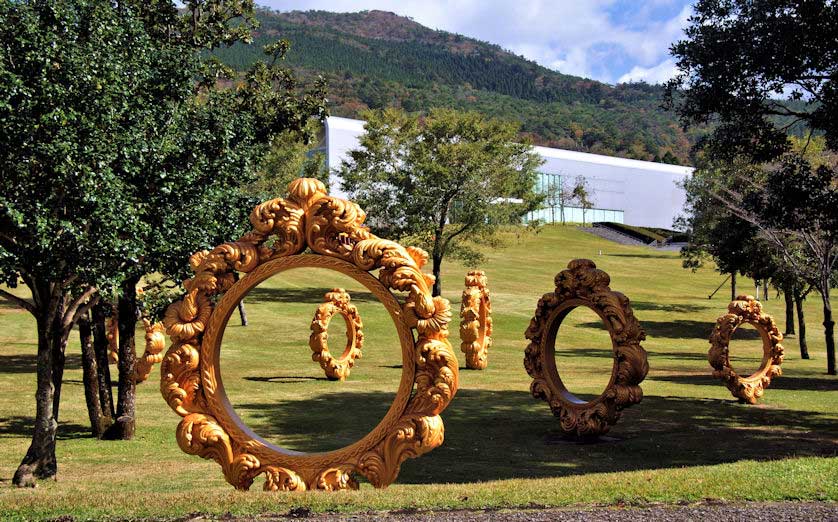 "You are the Art" by Korean artist Choi Jengwha, a series of ornate frames to use for photos of your group or the scenery

Hours: open 9 am to 5 pm and until 7 pm on weekends and holidays during the summer. Closed Mondays, unless Monday is a National Holiday, over the New Year, and the 3rd and 4th Sundays in February.

The museum is best visited by car. It is about a 20 minute drive from the Kurino Interchange of the Kyushu Expressway. 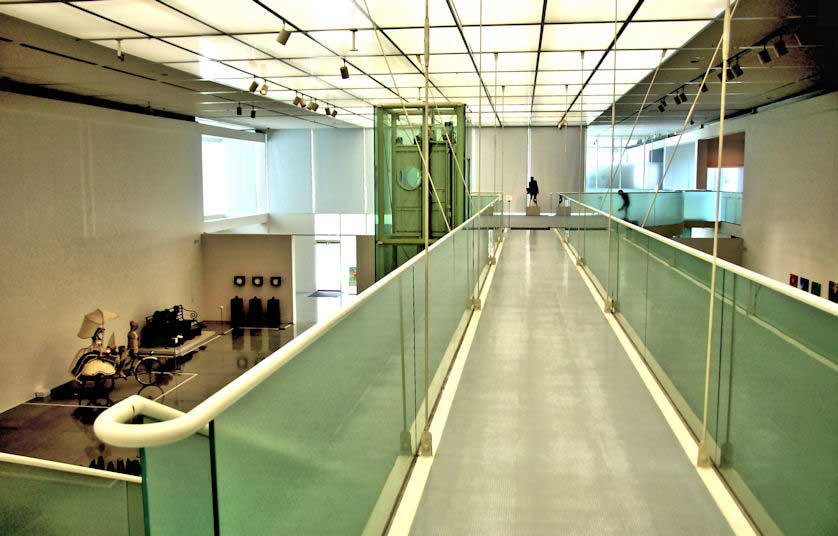 Inside the Art Hall of Kirishima Open Air Art Museum

Nicknamed the "little Kyoto" of Kyushu, Obi is a small castle town attached to the city of Nichinan, in the south of Miyazaki prefecture.

Miyazaki is a pleasant city located in the Miyazaki prefecture, in the southeast of the island of Kyushu.