Kagoshima, the Naples of the East

In the southern part of the island of Kyushu, Kagoshima, set on the edge of its bay, lives between the memory of a rich past and the threat of the highly guarded and active volcano, Sakurajima. Immerse yourself in the southern atmosphere of the town known for its slower pace of life...

Discovering Kagoshima and its volcano Sakurajima

It imposes itself, covers the horizon, protrudes everywhere... when it isn't spitting ashes and blowing smoke. Beauty and destruction would best describe Sakurajima. What would be of Kagoshima without the famous Sakurajima ("cherry tree island"), one of the most active volcanoes in the world? It last erupted in 1914 and its sulfurous slopes are closed to the public, but the smoking summit remains the attraction of southern Kyushu, offering a lovely boat ride and sumptuous views of the surrounding Kinko Bay.

Perhaps it is to him that the city owes its nickname of "Naples of the East" (the Italian neighbor of Vesuvius)? Or to its mild climate, relaxed atmosphere, and palm trees, rare in Japan? Because if Kagoshima is not the most exciting city in Kyushu - compared to its rivals Fukuoka, Nagasaki, or Kumamoto - the warm weather, food, and its southern identity make it more than pleasant. For example, a walk along the marina of the Dolphin Port, or in the Shiroyama park, the lungs of the city.

One additional day will let you travel to the Satsuma Peninsula (in the south), the samurai houses of Chiran and the curious black sand of Ibusuki, or even take a ferry to Yakushima, the island of centuries-old cedars, a UNESCO World Heritage Site.

"Satsuma": the name of the former feudal stronghold of Kagoshima resonates with memories and historical events that have shaped the local identity. In 1549, its small port saw the landing of the Jesuit missionary François Xavier, who had come from Portugal to evangelize a still unknown archipelago. But it was finally Nagasaki that became the capital of Christianity in Japan before the Shogunate government described it as a "barbaric religion" that was banned.

Kagoshima during the Meiji era

In the 19th century, when Japan was opening up to trade with the West under threat, Lord Nariakira Shimazu, who was passionate about science and European culture (he owned the first daguerreotype camera imported into Japan), had the country's first modern factory built there. The Shôko Shûsei-kan then produced firearms and ships, and what is today, a beautiful museum retracing local history, in the heart of the magnificent Iso-tei en (borrowed garden).

But the Meiji revolution angered the local aristocrats, and the Satsuma samurai revolted against the abolition of the warrior class. The great Saigo Takamori, who led the revolt, launched his troops to attack Kumamoto Castle. After a ferocious battle, Satsuma was defeated, and the famous Satsuma revolt ended in bloodshed and resignation.

Saigo Takamori committed suicide (hara-kiri) on Shiroyama Hill in 1877, but for the Japanese, he remains a pure-hearted hero who gave his life to protect the Samurai way of life. His pudgy figure and determined expression are to be found in many local souvenirs.

Discover Kagoshima, presented by the Japan Tourism Board: 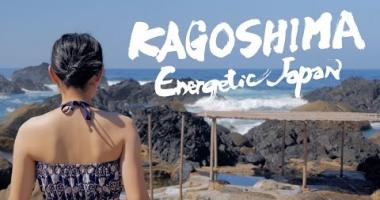 What to see in Kagoshima?

Kagoshima is easily visited in about two days. The town has many points of interest, in addition to sampling the local food and shopping in its covered alleys.

A must-see for tourists visiting Kagoshima. To reach the small island of Sakurajima and get close to the volcano, you can take a ferry from the port for 150 yen (about €1.20 or $1.30), which will take you to Sakurajima port in 15 minutes. Once there, you can either rent a car, a bicycle or take a tour bus around the island. There is a scenic point high up on the island which offers a beautiful view.

A beautiful garden by the water with a view of the volcano. Built in 1658, the garden used to be the villa of the Shimazu clan. The Shôko Shûsei-kan Museum is also located within the park.

An interesting museum for history buffs: you can learn more about the various elements that led to the opening up and modernization of Japan during the Meiji era (1868 - 1912).

Located near the bay in a modern building, this aquarium featuring local species.

How to get to Kagoshima?

Kagoshima is now connected to the Kyushu shinkansen network. These trains arrive at Kagoshima-Chuô main station easily connecting Kagoshima from Hakata station to Fukuoka, in 80 minutes. Connecting further to Western Japan, Hiroshima, Okayama, and Osaka, all included in the JR Pass. Express shinkansen connect directly to Shin-Osaka and Kagoshima stations in about 4 hours.