The National Stadium is a sports complex located in Kasumigaoka, Tokyo. Construction started in December 2016, and it was inaugurated on the 21st of December 2020 and the stadium hosted the Olympic Games held in Tokyo in 2021. It is here, the opening and closing ceremonies of the games were held.

When Tokyo was awarded the host of the 2021 Olympic Games, it was prosed that the previous Olympic Stadium, the National Olympic Stadium, would be demolished and reconstructed. Plans for the new stadium were unveiled in 2012 by the "Queen of the Curve", Iraqi-British architect Zaha Hadid, but due to complications of construction and its rising cost, under much scrutiny, the Japanese government scrapped the plan and reassigned the project to Taisei Corporation and Takenaka Corporation for a total budget of 155 billion yen (about $1.3/1.2 billion€) in June 2015. The final design of the stadium was awarded to a Japanese architect, Kengo Kuma.

The new stadium hosted track and field events, rugby, and select soccer matches, in addition to the opening and closing ceremonies. Its seating capacity is 68,000 seats, with the flexibility to expand to 80,016 seats for soccer and rugby matches. 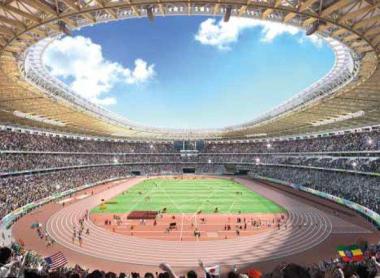 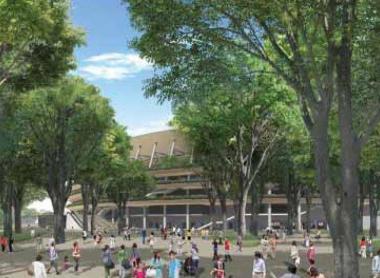 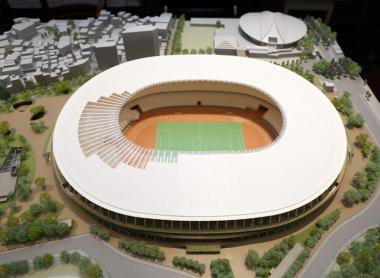 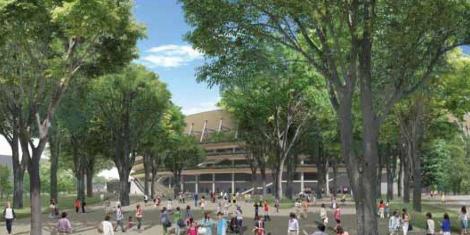 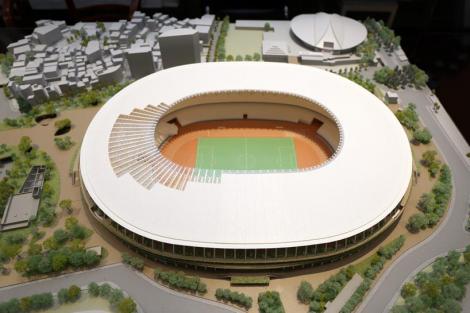 From concrete to wood

Kengo Kuma wanted to go "beyond the era of concrete" and "restore the link that Tokyo lost with nature" during the reconstruction of the city after the great earthquake of Kanto in 1923, and the first games in 1964. The architect is an admirer of the famed American, Frank Lloyd Wright, known for his philosophy of structures in harmony with their environment. His main project inspired by Lloyd Wright is called "Bamboo Wall", and is a country house built entirely from local bamboo, located near Beijing in China.

Read: Where to see the work of Kengo Kuma

Through his designs inspired by traditional Japanese architecture and the use of natural wood extracted from national forests as the main material, Kuma was able to win over the jury of the competition. He aimed to express a new image of Japan in the 21st century and the symbol of a post-industrial society.

The late decision by Prime Minister Abe to remove architect Zaha Hadid from the project, however, forced the organizers of the 2019 Rugby World Cup to move the matches initially scheduled there to another stadium, Ajinomoto Stadium, located in Chofu city in Tokyo.

After the 2020 Olympic Games, Tokyo's New National Stadium will be mostly used for team competition sports, such as soccer and rugby.

Nakano, or Nakano Broadway, in Tokyo is a temple for otaku, Japanese pop-culture superfans, where you will find manga, anime, figurines and robots.