The many facets of Yoyogi Koen Park 代々木公園 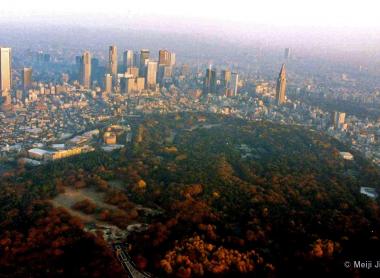 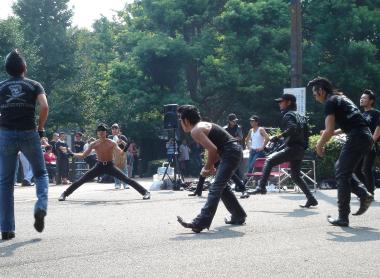 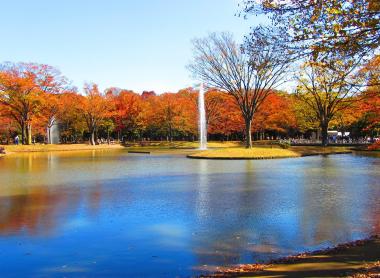 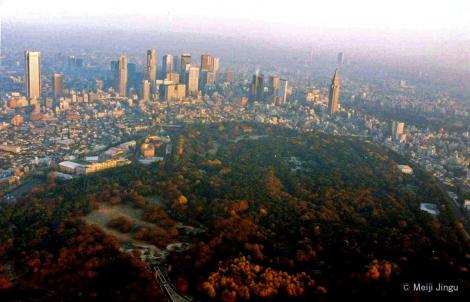 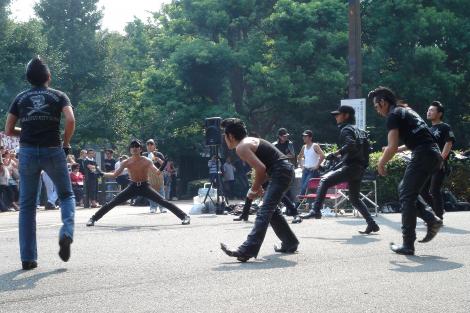 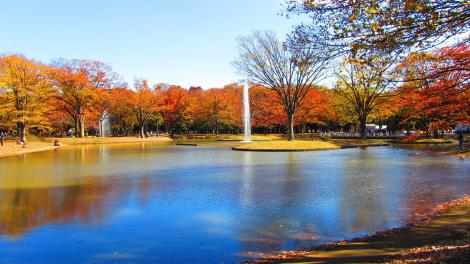 What is the big park between Harajuku and Shibuya?

The Yoyogi Park will be the ideal stop after a studious morning visiting temples and shrines. You will leave the light spirit of this park with a festive atmosphere located in the Shibuya district, a stone's throw from the very trendy Harajuku and the very chic Omotesando.

Families, lovers, cosplayers , musicians and amateur singers: there is everything at Yoyogi kôen. Every Sunday, the talents of the capital converge on the eastern entrance of Yoyogi koen. Japanese Elvis and cornet players revisit the standards of the 1950s while hip-hop dancers and rockabillie gangs sway to frenzied rhythms to the delight of passers-by. The North West of Yoyogi offers a quieter setting where it is good to walk.

The history of Tokyo Park: a military past then an Olympic athletics field

Before becoming a place of relaxation, this huge space was reserved for the Imperial Japanese Army, which used it as a training ground and for nationalist parades. I

He became known to the Japanese for having seen Japan's first plane make its flight in 1910. After the Second World War, under the American occupation, the American armed forces built dormitories there to accommodate their troops. The place was named Washington Heights.

In 1964, the estate became part of the "Olympic Village", and sports fields and a stadium were built to host the 1964 Tokyo Olympics . It was on its athletics field that the opening ceremony and competitions of the 1964 Paralympic Games took place. This field is named "Oda field", in honor of the first Japanese, Mikio Oda, who won a gold medal in the triple jump at the Olympic Games in Amsterdam in 1928. Mikio Oda became the national pride of a Japan still traumatized by his defeat in 1945.

It was in 1967 that the estate was transformed into a public park.

Today the park is divided into two areas, separated by a road. Zone A, wooded, and Zone B, where there are sports grounds dating from the 1964 Olympic Games as well as a large outdoor stage and spaces for various events: various festivals, flea markets, fairs, etc.

The green and wooded part of Yoyogi Park

Located north of the road that separates the two areas, it is the largest part of the park .

Many trees planted in 1964 now form a real wood that merges with the trees in the gardens of Meiji-jingu , making up a huge green space in the heart of the capital .

If the park has fewer flowering cherry trees than in many other places in the capital, it is nonetheless very busy during the Japanese cherry tree season and the hanami in Japan . But it is rather in the fall that it reveals all its splendor when its grove of ginkgo biloba is tinged with gold .

In summer, hydrangeas and lilies draw crowds while in winter, daffodils and plum blossoms add color to the winter landscape. Its long Zelkova alley is also famous.

The relaxation areas and commemorative buildings of Yoyogi Park

Besides its many flower gardens, lawns, an aviary (the first in Japan), three fountains (the highest of which has a jet of 30 meters high) and water spaces make it the ideal place to stay. oxygenate and relax ... To add to the charm of the promenade, a cycle path has been set up to the north of the park. You can rent bicycles there.

To the south-east of the park, a long raised terrace offers lovely views of the surroundings. There is also, near the Harajuku gate, the Olympic Dormitory Memorial. A building that hosted Dutch athletes at the 1964 Olympic Games. It has remained almost as it was then. To the southwest is a monument commemorating the founding of the airline Japan Airlines.

And of course, restaurants and cafes welcome hungry and thirsty visitors here and there.

Things to see near Yoyogi Park:

To move around Tokyo in peace, consider the Suica card!

With more than 16 hectares, Koishikawa Shokubutsuen stands out as an essential garden in the Japanese capital.