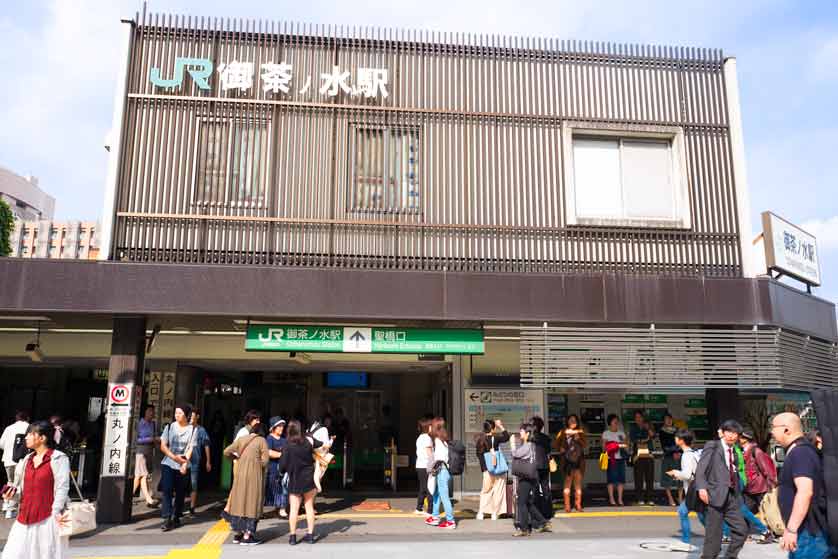 Ochanomizu Station on the JR Chuo-Sobu Line is located in the east of central Tokyo in the Kanda area, on the south bank of the Kanda River.

Ochanomizu Station is a short ride from Tokyo Station on the Chuo Line (just two stops and only four minutes).

The JR Station has two exits: the Ochanomizubashi Exit at the western end of the station and the smaller Hijiribashi Exit. Turn left out of the Hijiribashi Exit for the Confucian temple Yushima Seido and right for the Orthodox Christian Nikolai-do Holy Resurrection Cathedral. 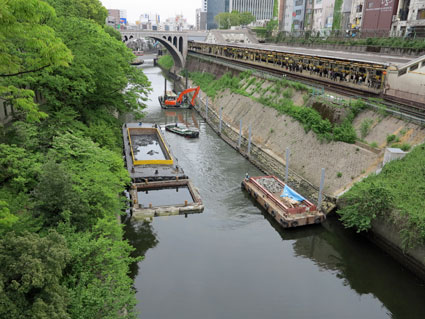 Ochanomizu Station platforms on the south bank of the Kanda River, Hijiribashi Bridge in the distance 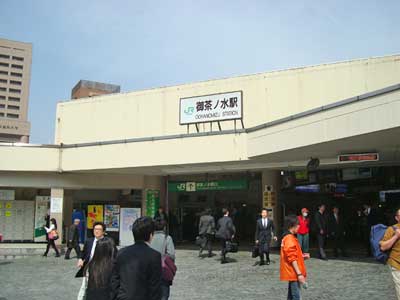 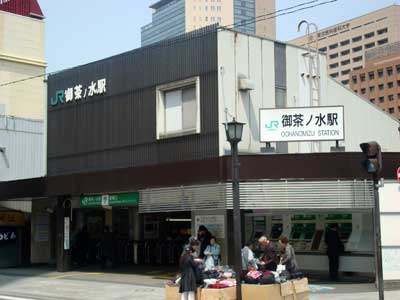 The street between the Hijiribashi and Ochanomizubashi exits is lined with restaurants and cafes popular with students from the numerous universities nearby and local workers. 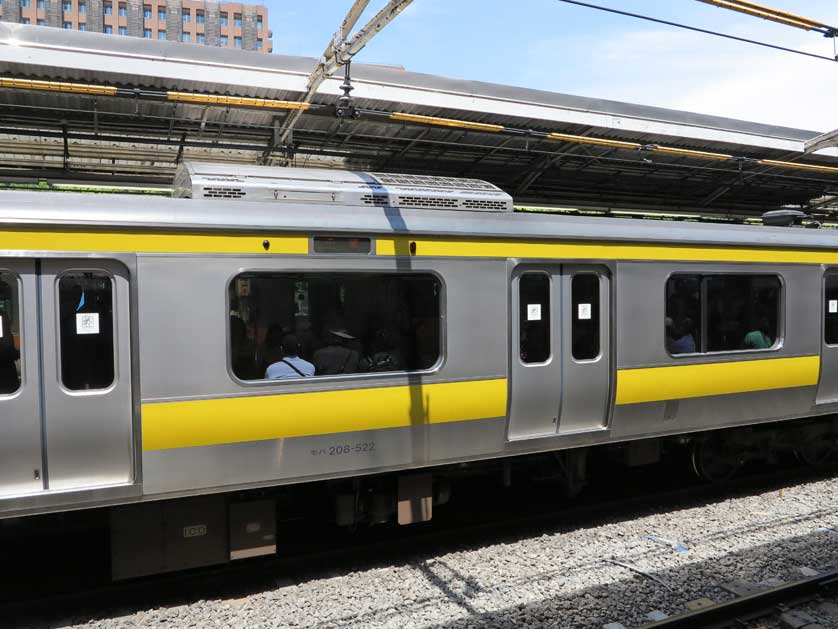 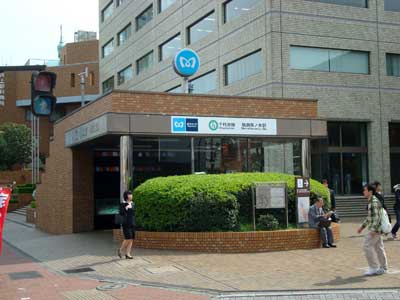 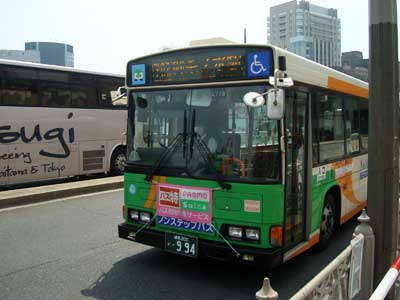