The Chuo Line in Osaka is a municipal subway running west-east from Cosmosquare at Osaka Port to Nagata Station through Hommachi and north central Osaka.

The Chuo Line (color-coded dark green) is an Osaka subway line operated by Osaka Municipal Subway running approximately 18km between Cosmosquare in the port area of Osaka to Nagata in the east where the Kintetsu Keihanna Line continues to Gakken Nara-Tomigaoka. This Osaka-only line is not to be confused with the much bigger JR Chuo Line.

The Chuo Line has 14 stations and was built in stages from 1964 to 1986. The OTS Technoport Line between Osakako and Cosmosquare became part of the Chuo Line in 2006.

The Chuo Line is the only line of the Osaka subway that connects to all the other Osaka subway lines as well as the Nanko Port Town Line. 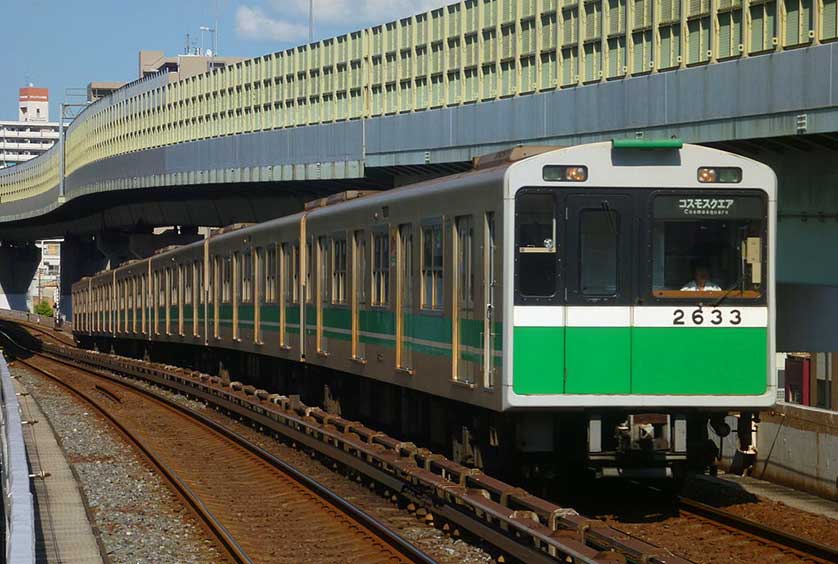 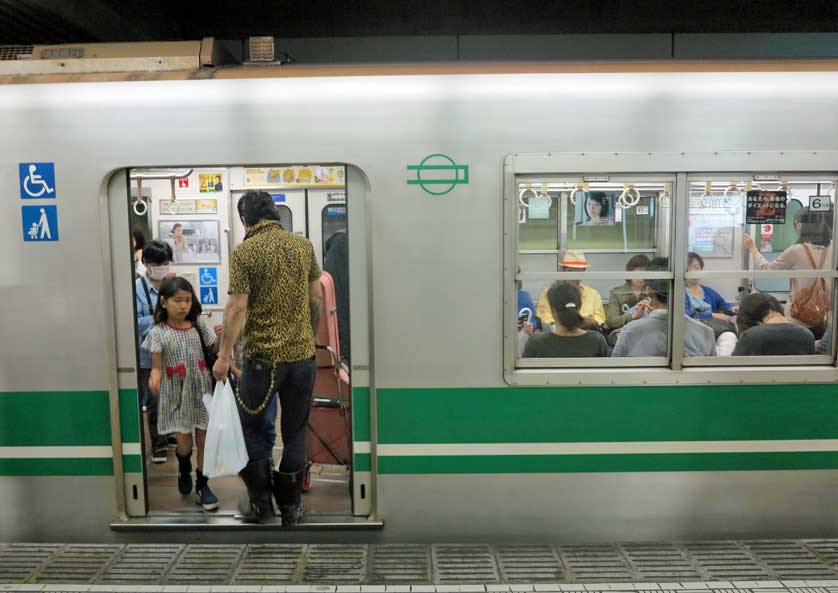 Cosmosquare Station (コスモスクエア; C10) connects with the Nanko Port Line to Suminoekoen where it intersects with the Yotsubashi Line. Cosmosquare is an area of reclaimed lane that features the 252m-tall Osaka World Trade Center, a Hyatt Regency Hotel and the huge Asia & Pacific Trade Center retail mall. The island is also home to a Natural Bird Sanctuary and the impressive 1,200-tonne glass dome of the former Osaka Maritime Museum (closed since 2013).

in Fukushima-ku is the northern terminus of the Chuo Line. Nodahanshin connects with the Hanshin Main Line at the adjacent Noda Station from Umeda Station in Osaka to Motomachi Station in Kobe.

Osakako Station (大阪港; C11) is located in the Tempozan district of Osaka, a shopping and entertainment area which includes the Tempozan Ferris Wheel and the Osaka Aquarium or Kaiyukan. The Capt.Line ferry runs from here to Universal Studios Japan.

Asashiobashi Station (阿波座; C12) is on the corner of Yahataya Park with the Osaka Pool and the Osaka Municipal Central Gymnasium. 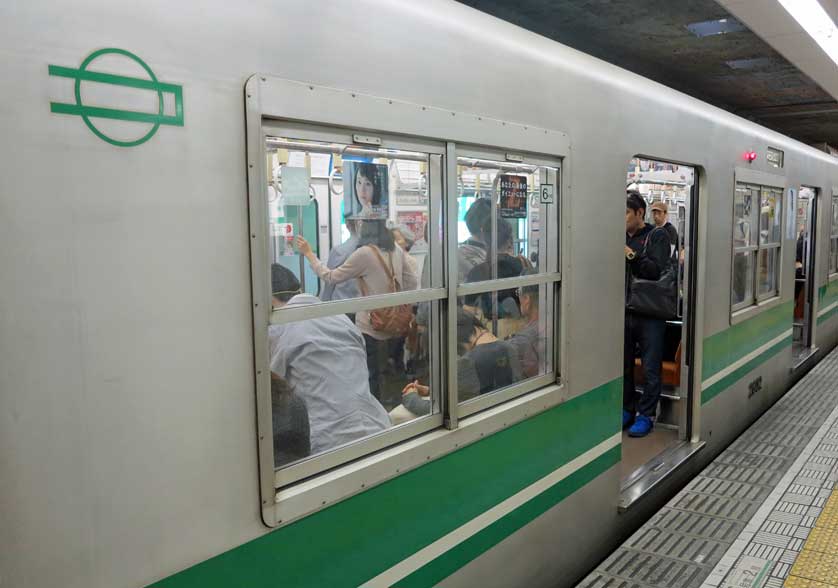 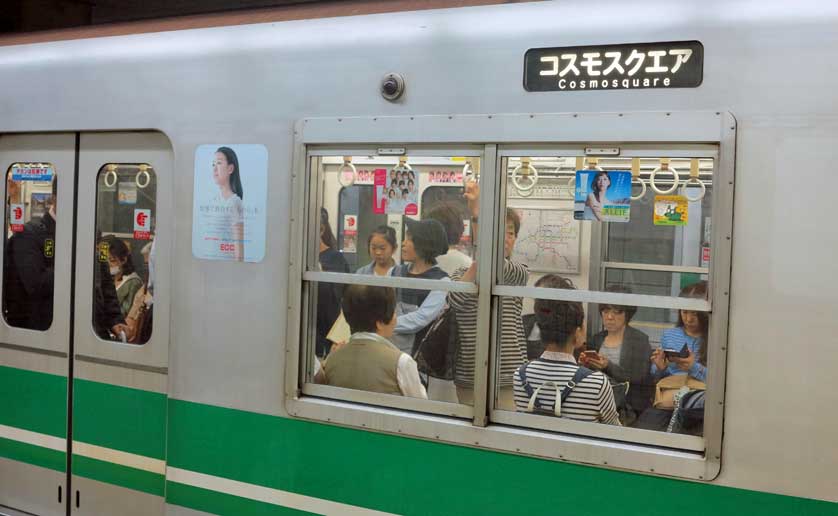 Hommachi (本町; C16) in Chuo-ku connects with the Midosuji Line and Yotsubashi Line of the Osaka subway.

Sakaisuji-Hommachi (堺筋本町; C17) connects with the Sakaisuji Line of the Osaka subway and is close to Chuo-ku Ward Office. 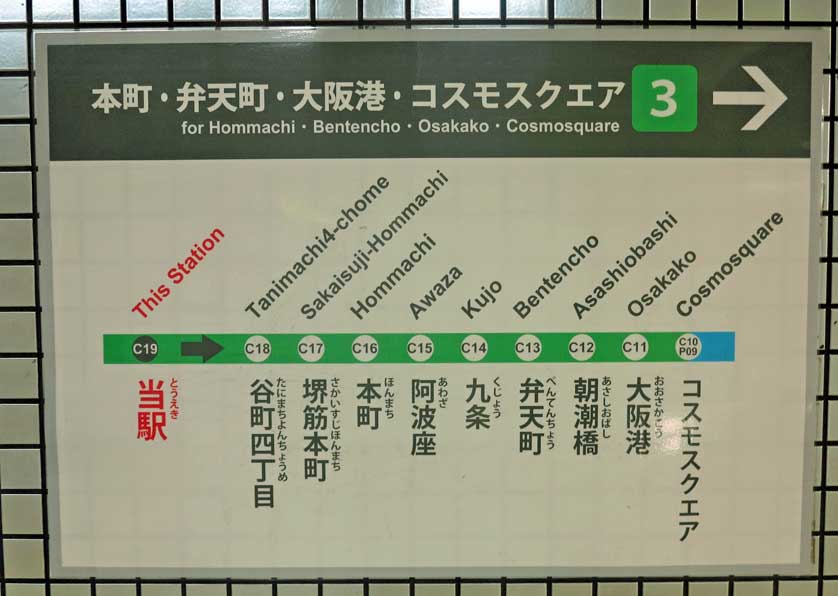 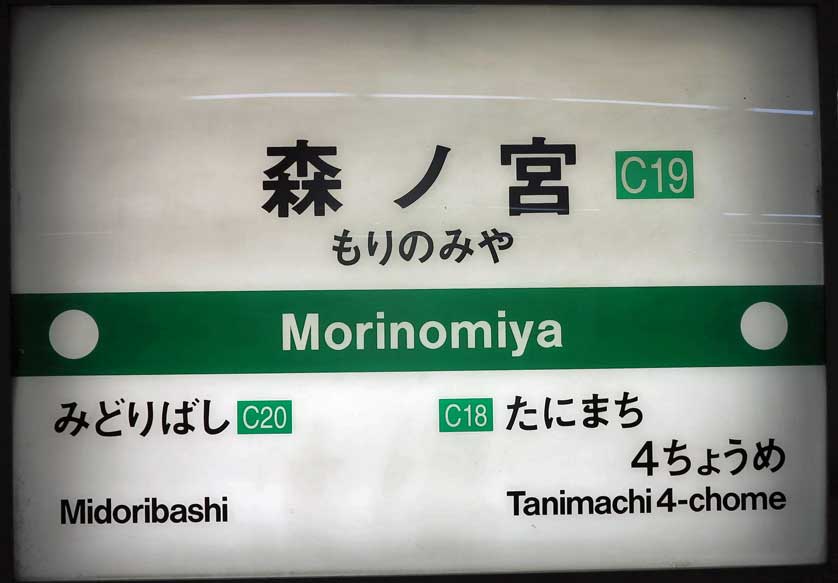 Morinomiya Station (森ノ宮; C19) in Chuo-ku connects with the Nagahori Tsurumi-ryokuchi Line of Osaka subway and Osaka Loop Line. The station is at the south east corner of Osaka-jo Koen.

Nagata (長田; C23) connects with the Keihanna Line with a through service to Gakken Nara-Tomigaoka Station.

Trains on the Chuo Line run from around 5am until midnight, 7 days a week with reduced services at the weekends and public holidays.

The Osaka Municipal Transportation Information Center (Tel: 06 62119503) is located at Namba Station and has detailed information in English on the Osaka subway and city buses and the various travel passes available such as the Kansai Thru Pass.
Hours: Mon-Fri 9am-7pm: Sat, Sun & public holidays 10am-7pm

Japan is the country of trains, with probably the densest network in the world, the highest traffic... It has therefore developed a culture of train travel unique in the world.

The Chuo Main Line is a Japan Rail-operated railway line that goes between Tokyo and Nagoya, and is not to be confused with the Chuo Line (Rapid), which is the special section of the line that serv

Do I need a Japan Rail Pass during the Rugby World Cup 2019 ?

Do I need a Japan Rail Pass during the Rugby World Cup 2019 ? here is our guide.