This tour of Japan takes you to Tokyo, Kyoto, Mount Fuji, Hiroshima and the sacred island of Miyajima.

Please find below the itinerary details.

Indeed, the tour departure and end dates presented on this page relate to your stay in Japan. On departure, you will have to leave Europe on the day before. The return flight is on the same day due to the time difference.

Like this tour but are also drawn to the Japanese Alps ?

Instead, we recommend "Highlights of Japan".

Why this trip to Japan ?

Your trip in detail 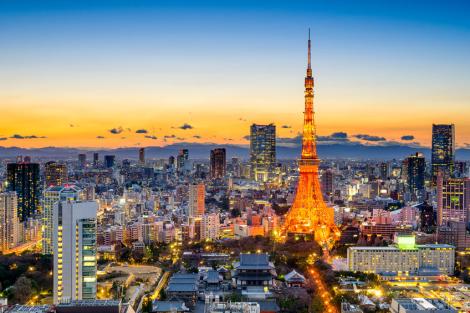 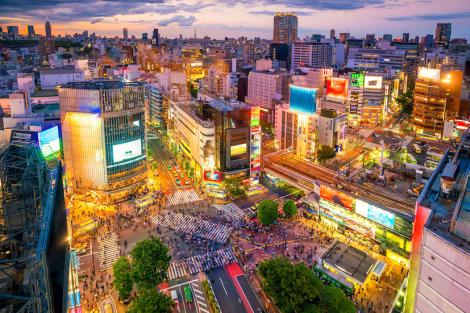 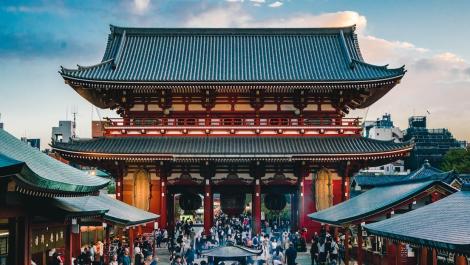 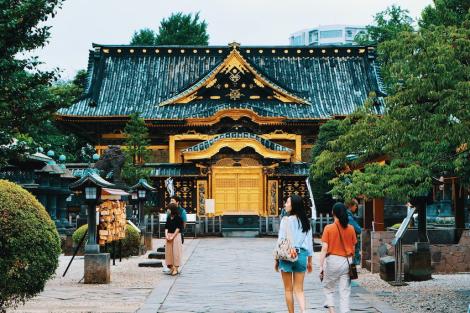 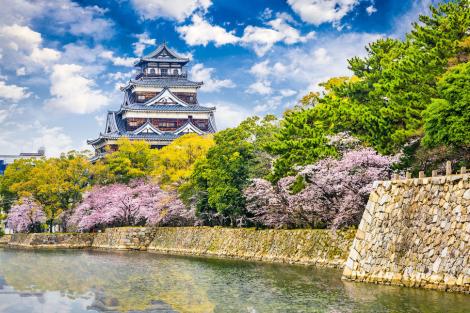 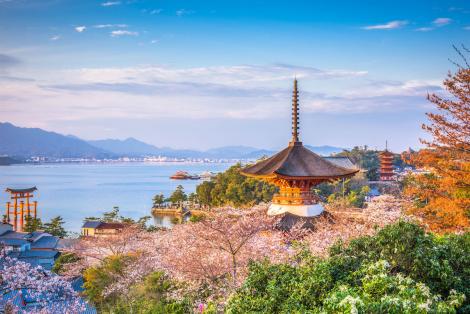 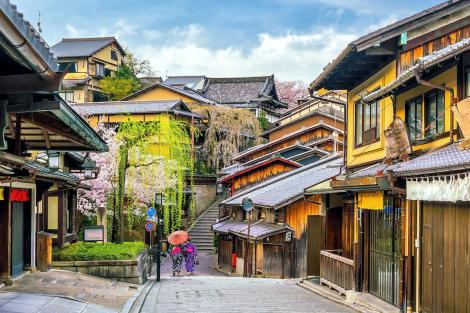 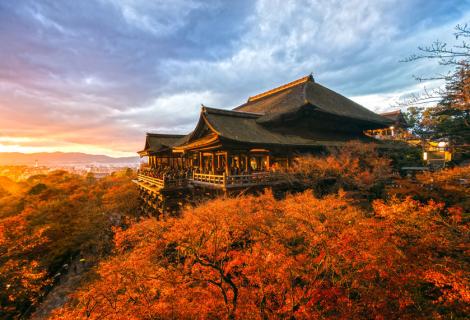 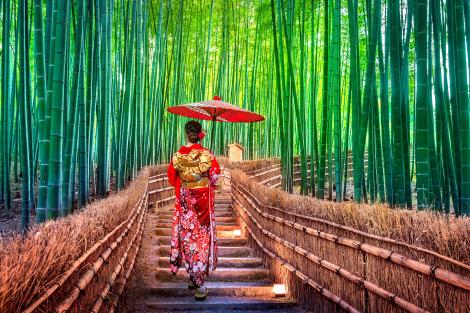 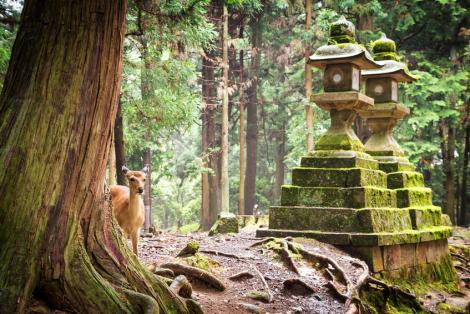 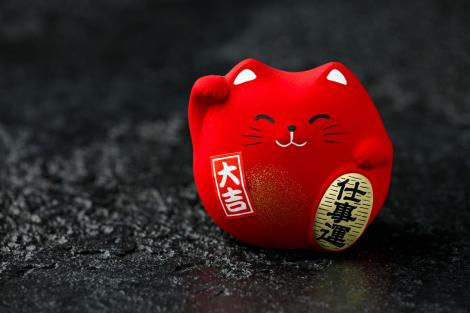 Included in your self-guided tour

More about your trip

Which protection for your tour in Japan ?

At the time of your purchase, Japan Experience offers you 3 types of protection :

Free cancellation of your trip for any reason up to 35 days before your departure date with our partner Koala.
No residency or nationality requirements.

Refund: 100% of your cancellation fees (excluding airfare costs).
No reason or proof to provide. Cancellation in 1 email. Transfer made within 3 days. More informations here

All the benefits of 'Flex' and 'Protect' plans, combined.

As of October 11, 2022, Japan will open its borders to all Europeans (including the European Union, the United Kingdom and Switzerland) and North Americans (Canada and the United States) without requiring a visa.

Only non-triply vaccinated travelers need a negative PCR test performed within 72 hours prior to departure.

Do I still need a visa to travel to Japan as a tourist?

No, no visa is required for blue countries including all European countries (European Union, United Kingdom and Switzerland included) and North American countries (Canada and United States). List of blue countries: https://www.mofa.go.jp/j_info/visit/visa/short/novisa.html. If you have another nationality, please contact the Japanese embassy in your country of residence to obtain this visa.

Do I still need a PCR or antigen test to go to Japan?

No, if you are triple vaccinated with the vaccines approved by Japan (Pfizer, Moderna, ...exhaustive list here : https://www.mofa.go.jp/ca/fna/page24e_000317.html) there is no need for any test.

I do not have 3 doses of vaccine or I am not vaccinated against COVID, can I enter Japan?

Is there still a quarantine upon arrival in Japan?

Quarantine and testing on arrival have been eliminated for travelers from blue countries.

No, but it is recommended. Japan Experience, as an option of its tours, provides appropriate travel insurance solutions.

What anti-covid measures are still in place in Japan?

The mask must be worn indoors (except in exceptional cases) and in transportation.

For tracking the evolution of the coronavirus epidemic, the Japanese government recommends downloading several applications:

MySOS, the health and location tracking app (it will be used to confirm your location, health status and accommodation).

COCOA, the COVID-19 contact confirmation app (this will be used to notify you of possible contact with a COVID-19 positive person).

Whether you want to discover new things or discover yourself, stay in a fully organised tour or take a leisurely one: at Japan Experience, you will find a tour to suit your needs!

Guided tours: Travelling with a specialist
Would you like to travel with a small group of 8 to 12 people, accompanied by a private English-speaking guide?
Classic destinations or off the beaten path, Japan Experience offers many guided tours, for all kinds of budget. Offering several departure dates throughout the year, these tours start at €2,890 per person.

Self-guided tours: Independent travel
These tours, with pre-planned itineraries, include accommodation, flights, transport, 24-hour assistance and optional guided activities. From €540 per person, plan your days as you wish, following the recommendations in your travel diary.

Tailor-made tours: Travel according to your desires
Design the trip you've always dreamed of! Our specialist advisors are available by email, telephone or directly in one of our agencies to answer all your questions and help you design your own customised tour.

For a first trip to Japan, a period of 2 weeks is optimal, with at least 3 days in Tokyo and 3 days in Kyoto and its region. Don't forget to take some time at the beginning of the trip to get used to the time difference.

Recommended dates outside of spring :
- Autumn leaves: mid-November
- Observation of Zen gardens under the snow: mid-December to mid-February

There are 4 seasons in Japan.

Spring, from the end of February to the end of May, is a mild season suitable for all kinds of activities. It is of course the period when sakura (cherry trees) bloom, the perfect occasion to admire them (hanami). Their blooming period is between March 20 and April 10 for Tokyo and Kyoto areas, while it is possible to admire them earlier in the south of the country and later in the north. The cherry blossom period is very popular and generates a lot of crowds. However, there are other beautiful flowers that bloom during this season: plum blossoms, with their sparkling pink at the end of February; fabulous azaleas in April-May; hydrangeas of all colors or irises during June.

Summer, from June to August, is generally synonymous with heat with a rainy season in the last two weeks of June during which you can expect rain several days a week. During this very hot and humid season, it is possible to enjoy fireworks (hanabi) in July and August, as well as matsuri, traditional Japanese festivals. Among the most famous are the Gion matsuri, which is held in Kyoto in mid-July or the Obon Matsuri in mid-August.

Then comes the high wind season (taifu), which reaches its peak between August and September, but it is not necessary to avoid going during this period. Indeed, there is little chance that they will involve changing your travel plans, few of them even reaching the main island.

Autumn, from September to November, is the season when temperatures are generally the most pleasant, quite similar to the continental European climate. It is also the season when the country is decorated with red tones and when one can admire the momiji (literally red leaves) which are usually visible in Tokyo, Kyoto and their region during the last two weeks of November.

Finally, winter, from December to February, is the coldest season but also the opportunity to admire the striking beauty of winter landscapes. December is a period of calm before the holiday season, while January is marked by a drop in temperature and the presence of a number of festivals. In central Japan, temperatures usually range from -4 to 10°C. In the mountains and the north of the country, temperatures drop significantly, while in Kyushu and Okinawa, winter tends to be milder.

The most touristic periods are :
- in February, the 10 days around the Chinese New Year, which marks a strong influx of tourists from all over Asia;
- between the end of March and the beginning of April, the cherry blossom period;
- between the end of April and the beginning of May, during the "Golden Week", a period with many public holidays and during which many Japanese go on vacation;
- mid-August, during the Obon Matsuri;
- at the end of November, the best period to observe the momiji;
- early January, for the New Year, when many businesses and activities are closed.

So, if you want to go during a less crowded period, Japan Experience recommends you to go :
- in February, outside the Chinese New Year period, for the cool but nevertheless pleasant weather and the splendid blooming of plum trees, before the cherry trees;
- between mid-May and early June, to take advantage of the mild weather, lower traffic and the blooming of hydrangeas, azaleas and irises;
- from September to early December, to take advantage of good temperatures, a reasonable level of tourism and the momiji period in late November.

Due to the current crisis, we advise you to visit the website of the Japanese embassy in your country to find out about the procedures for entry.

Normally, for citizens of the European Union, Switzerland and Canada, you just need a valid passport (for the duration of your stay). A visa is not necessary for a tourist stay of less than 90 days.

Our commitments as Japan Experience, Europe No. 1 travel in Japan

Our other Self-Guided tours

Dinner with Maiko Activities in Kyoto

Okunoshima, the island of rabbits Activities in Hiroshima

From $280 per group of 1 to 4 people
Discover all our activities in Tokyo, Hakone, Hiroshima, Miyajima, Kyoto, Nara (81)