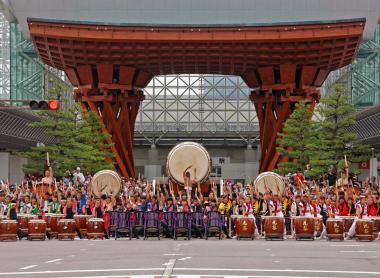 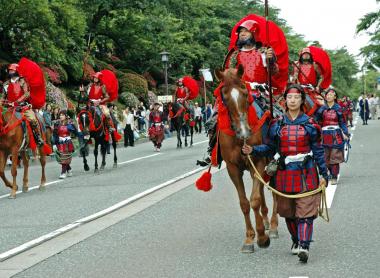 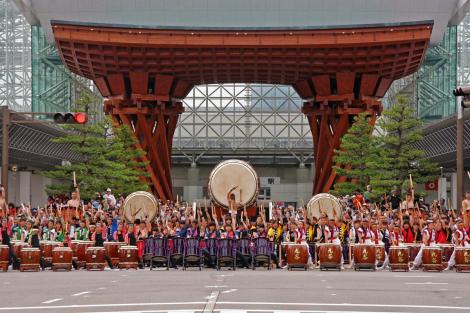 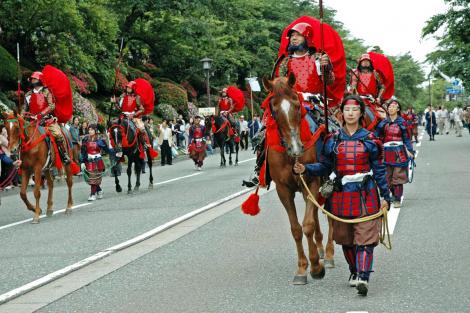 June is announced with great fanfare in Kanazawa, with the Hyakumangoku Matsuri. Featuring a parade and a series of dances, the Castle Park is filled with good humor.

Festivals abound when the good weather arrives. Near Kanazawa, the most anticipated is called Hyakumangoku Matsuri. Held on the first weekend in June, it commemorates the arrival in the city of Lord Maeda Toshiie (1539-1599), founder of the famous castle of the city.

For the occasion, a grand parade in period costumes takes place, leaving from the station. The crowd is compact, travelling in line and singing its way along the three kilometre route to Kanazawa Castle Park.

But it is at night that you fully realize the popularity of the event. Nearly ten thousand people take to the streets around the Korinbo neighborhood. Hundreds of lanterns are lit and then transported to the city. Some will be taken to the river and become floating torches.

Guided by Lady Baba, the owner of the place, discover the world of geishas by attending a show filled with humor and tradition.