History and art in Kanazawa

The story goes that one day, a peasant began digging the ground to plant potatoes and discovered nuggets of gold in the clay of the Kaga province. This surprising discovery attracted many curious people who named the place Kanazawa: "the golden marsh". Today, Kanazawa is the capital of Ishikawa Prefecture, nestled at the foot of the Japanese Alps and looking out over the Sea of Japan.

For many years the province played a crucial strategic role in the organization of the country: ruled by the Maeda clan from the 16th century, it was one of the most powerful provinces in Japan, rivaling Osaka or Kyoto. This history explains what the city would become in the future: General Maeda Toshiie (1539-1599), still revered today at the Oyama jinja shrine, was the originator of a far-reaching cultural policy that aimed to develop arts and crafts in Kanazawa.

This emphasis on aesthetics lives on today, making the region one of the great centers of Japanese refinement. Production of lacquer, silk fabrics, gold leaf decorations and pottery are the pride of the Kanazawa's inhabitants. You can admire such products at the Ishikawa Prefectural Museum of Traditional Arts and Crafts.

Modern art has also managed to find a place in Kanazawa, the city of art and history. Make sure you do not miss out on visiting the huge 21st Century Museum of Contemporary Art, whose activity stimulates artistic creation throughout the whole country. This institution is located in a large and modern circular building designed by the Sanaa architecture agency, which also designed the Louvre Lens and the MoMa in New-York. The museum is famous for its delightful temporary exhibitions but also for its emblematic work, the swimming pool by conceptual artist Leando Erlich. Make no mistake, in Kanazawa, art is something that you live and breathe... 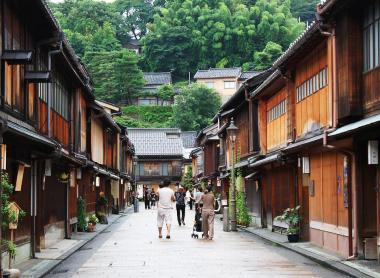 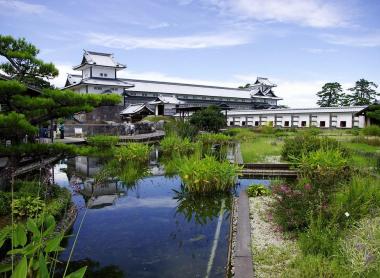 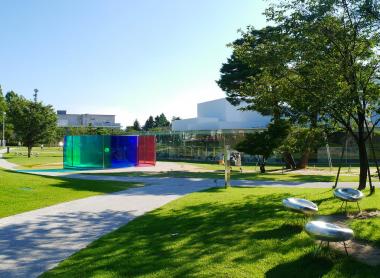 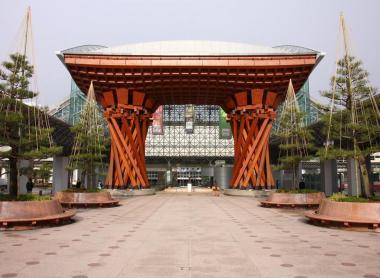 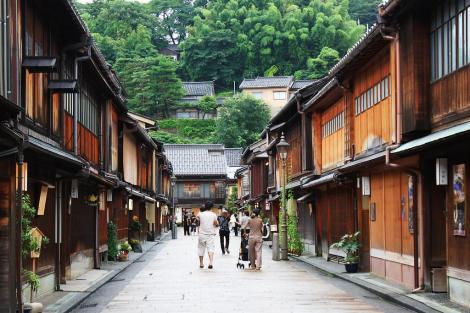 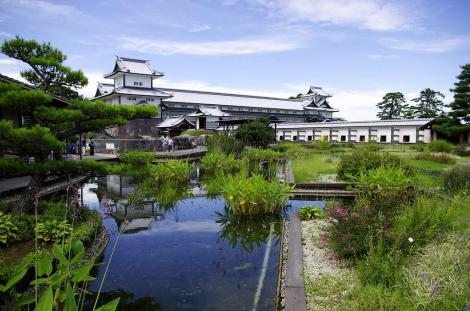 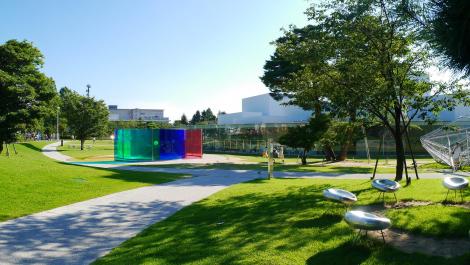 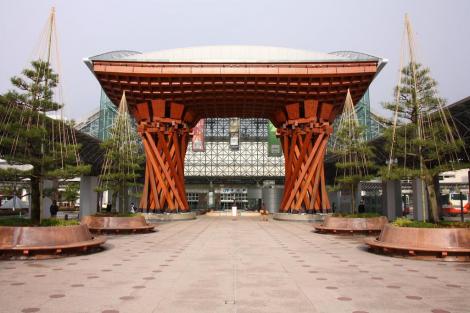 Places to visit in Kanazawa

The city attracts so many visitors because the soul of Edo lives on there. Its biggest attractions are:

There are plenty of lively districts in Kanazawa, which is a great place to live and go out and about in. The atmosphere is quieter when you enter one of the three historic geisha districts in the city. These streets lined with timber-fronted okiya used to ring to the sound of the geta (elevated clogs) of Yamaguchi Kinu (1892-?), the heroine of Yuki Inoue's biographical novel, Memoirs of a Geisha.

Do not hesitate to go through one of the doors to drink some tea in a chaya (tea house). Visiting these districts in the city centre is a delightful experience and allows you to discover the traditional side of Japan, much like the Gion district in Kyoto.

Kanazawa Castle and its great cherry tree park are also an essential place to visit during hanami season. It was built in 1583 and has been rebuilt several times since due to earthquakes and fires. The main door, Ishikawa-mon, dates from 1788 and the thick stone walls from the 17th century.

The city also contains a temple district, Teramachi. Make the most of your visit to go to Ninja-dera or the Oyama Jinja shrine.

The famous Kenroku-en alone is a good reason to visit Kanazawa. This magnificent garden is simply one the three finest gardens in Japan. It extends over more than 11 hectares, and its name means "garden that combines six characteristics", which is a reference to the six attributes required to make up the perfect Japanese garden. A tour of the garden takes place around a large artificial lake, Kasumigaike.

Spring, summer, autumn, winter... the garden changes with the seasons, displaying its many different faces, from snow-covered toro to alleys of flowering sakura. Which season do you prefer?

Discover Kanazawa through our video:

Kaga Rent a house in Kanazawa

Path of the Samurai Self-Guided Tours in Japan