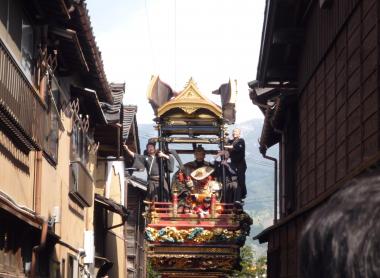 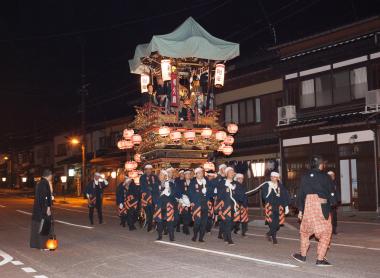 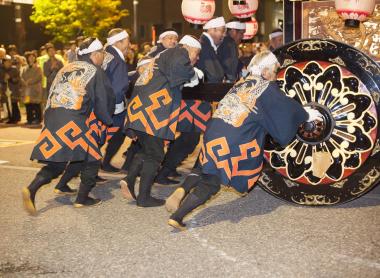 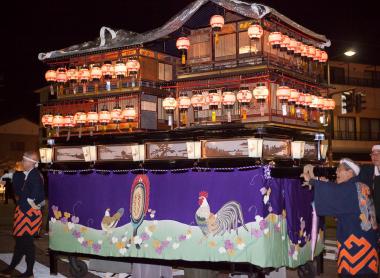 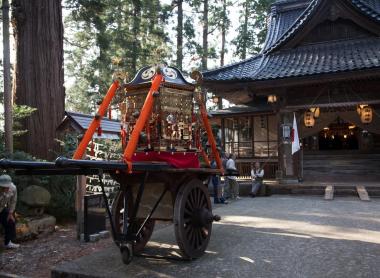 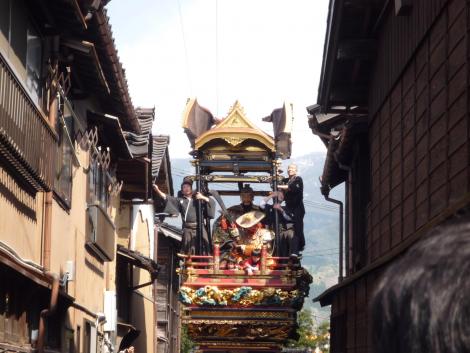 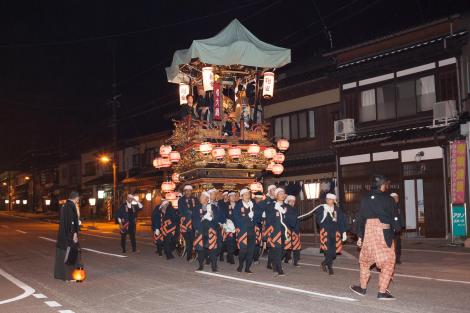 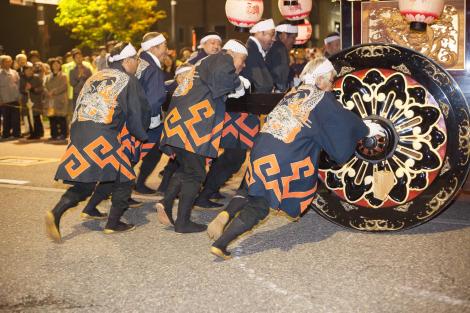 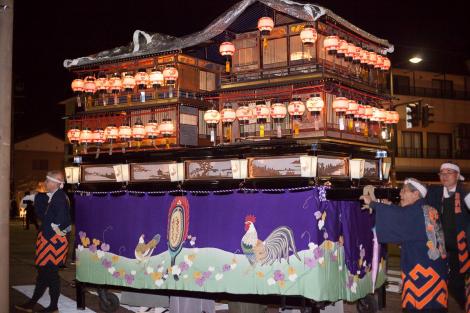 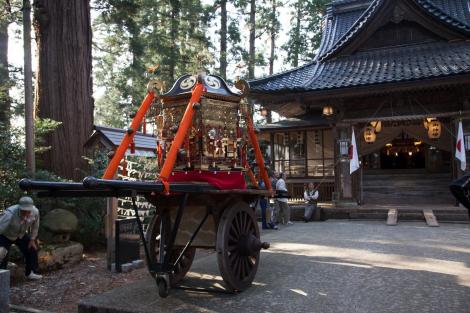 When the gods are at the party

It is a feast of the senses, of high-level craftsmanship, the feast of the gods and that of men. The Hikiyama matsuri festival in the small town of Johana, Toyama prefecture, offers a unique and magical spectacle every year on May 4 and 5, not to be missed. It is registered since 2002 in the immaterial cultural heritage of UNESCO.

The origin of the hikiyama festival

At the end of the 17th century, Johana was a town of about 4000 inhabitants. It was a prosperous city thanks to the production of silk and its trade with Kyoto . However, during the Kyoho era (1716-1736), the economy experienced a severe recession. To ward off bad luck, the inhabitants began to build temples and shrines for protective deities.

In 1717, the first mikoshi ("portable shrine") was made and carried through the streets of the city, accompanied by a lion dance (supposed to ward off evil spirits) and kasaboko, huge umbrellas. In 1719 floats, hikiyama, were built, and the parade , as it remains to this day, took place in 1724.

From year to year, the hikiyama were more and more elaborate and became true works of art. Sculptors, lacquerers and other craftsmen of the city brought, and still bring, their know-how and their love of a job well done as well as their passion for this festival which is the pride of its inhabitants.

The gods come to sleep at home

The day before the festival (the evening of the 4th) is dedicated to the six protective deities of the six districts of the town. Unique fact among the hundreds of thousands of matsuri that exist in Japan: the deities are "invited" to sleep in private homes (this is called yamayado ) .

They were taken out of their warehouses and the Shinto priest or priestess of the city's main shrine, in a sacred ceremony closed to the public, "breathed a soul into them".

To welcome their guest as they should, the six chosen families have spent fortunes to set up a room facing the street so that any visitor can admire or pay homage to the guest god from outside. New tatamis, decorations, exhibition of precious objects, magnificent floral arrangements, surround the divinity.

The next day, they will be hoisted (each weighs about 100kg) on a float more than five meters high and about seven tons , beautifully crafted, to be paraded along the streets of the city.

The big day of the hikiyama festival

Besides these six chariots and their deities , the procession is made up of three mikoshi, six iori-yatai , splendid umbrellas ( kasaboko ) and kenboko , ritual objects believed to ward off evil spirits. A lion dance also enlivens the party.

If the yatai , a sort of chariot surmounted by a model of a tea house, a temple or other symbols, are not specific to the Johana festival, the iori yatai are. These are miniature tea houses mounted on tanks that the rich inhabitants of the city had made in the 18th century in memory of their visits to tea houses in Kyoto or Edo (the former name of Tokyo) . Nostalgic for the sound of the shamisen and the songs of the geishas, they had the idea of making the young men of the city sing and play the shamisen and the flute hidden under the iori yatai . This custom has continued to the present day and the boys of Johana learn from an early age the iori-uta, the songs of the iori in order to be able to sing or play music on the day of the festival.

On that day, they will then stop in front of all the houses whose owners have made a donation to the neighborhood committee to thank them with their songs and their pieces of music. The owners and their guests, meanwhile, are sometimes seated on tatami mats in a room of their house overlooking the street, and listen conscientiously to these songs from another age... Just like the day before when the families welcome and exhibit the statues deities in their homes and that visitors come to admire them, we remain amazed in front of such traditions and such fervor. The inhabitants of Johana offer us a real journey into the past .

In the evening, floats and iroi yatai are adorned with lanterns, the faces of the six deities are illuminated by their light and the participants redouble their energy to push or pull them for a final parade. The atmosphere is magical and unforgettable.

To visit Toyama prefecture in complete freedom, why not rent a car?

Half naked firefighters perform acrobatics in the freezing cold. This tantalizing show takes place every January 6th, during the Kagatobi Dezomeshiki festival.

June is announced with great fanfare in Kanazawa, with the Hyakumangoku Matsuri. Featuring a parade and a series of dances, the Castle Park is filled with good humor.