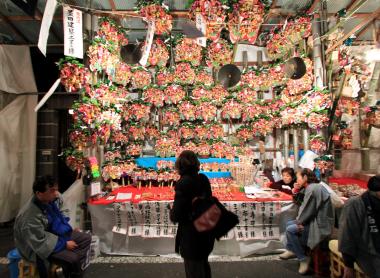 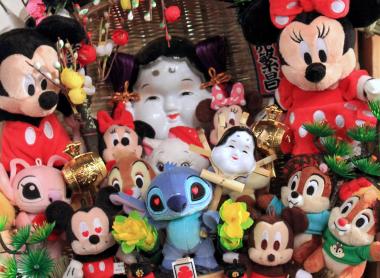 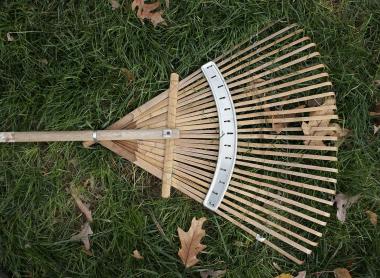 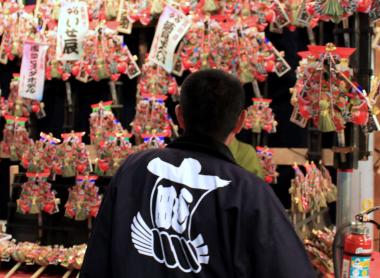 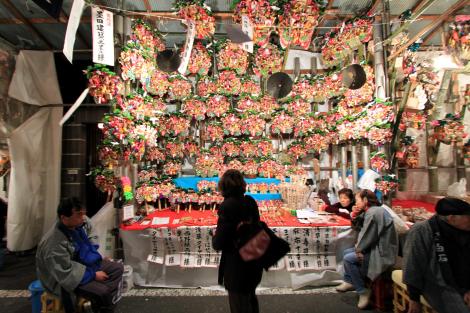 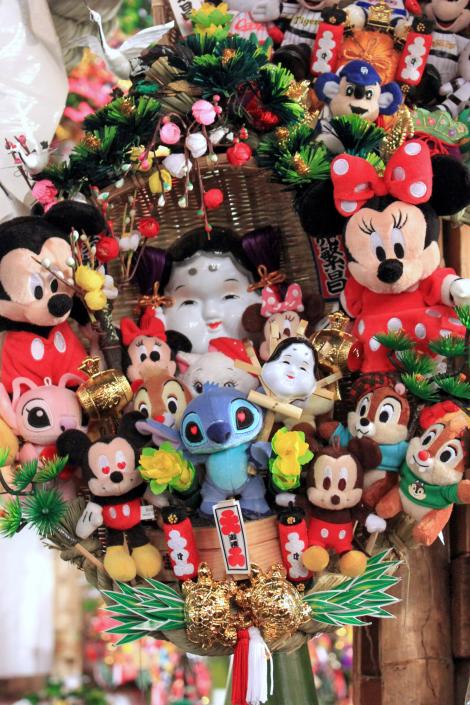 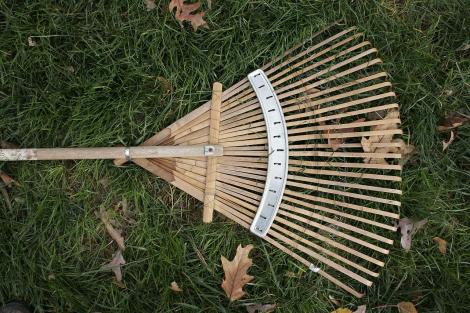 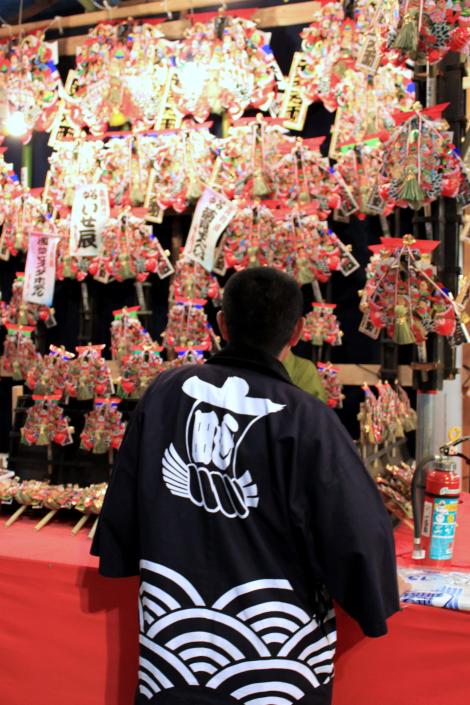 A colorful and lively festival in Tokyo

The rooster market is a typically Japanese traditional event where Kumade, "lucky rakes", are sold in a colorful and lively atmosphere. If you are in Asakusa at this time of the year, check out this scenic event!

Discovery of an ancestral Japanese custom

In Tokyo, in the Asakusa district, since the end of the Edo period (1603-1868), each November, the day or days of the rooster (animal of the Chinese horoscope), give rise to a party: tori-no-ichi, " The cock fair ". The first day has the reputation of being the most favorable but we fear the years when there is the third day (on a 12-day cycle, there may be, depending on the year, two or three days of the rooster in the calendar Chinese Lunar) because rumor has it that there will be a lot of fires the following year…

As often in the history of Japan, it is difficult to know the exact origin of this festival. Was it a celebration in honor of the eagle ( washi ) on which the Buddhist deity Washimyoken Bodhisattva was mounted? Or prayers addressed to the rooster, the lucky bird of Shinto mythology? Or both at the same time? Still, the Buddhist temple Chokoku-ji and the Shinto shrine Ohtori-jinja (which were before Buddhism and Shinto became two separate religions in 1868) in Asakusa both celebrate Rooster Days of November.

On these days, the temple precincts and shrine grounds are filled with hundreds of stalls selling kumade, "lucky rakes", while the alleys leading to them are lined with Yatai, typical food stalls. holidays in Japan.

A kumade, which means "bear's paw", is a kind of bamboo rake having more or less the shape of a bear's paw and which is most often used to rake dead leaves or stones. Shinto shrines used to sell them on feast days, and those sold at shrines dedicated to business deities were particularly popular. People thought rakes would allow them to rake in a fortune.

Around the middle of the Edo period (1750-1770), people began to decorate the rakes with characters or objects symbolizing luck. This is how you can find almost all of Japan's lucky symbols on kumade: sometimes even on just one! And then, in the land of manga and cartoons, these "lucky rakes" can also be decorated with famous Japanese characters: Doraemon, Hello Kitty or even their foreign friends: Mickey and others...

A typical Japanese custom: before acquiring a new rake, those who had bought one the previous year hasten to throw it into one of the huge cardboard boxes installed in front of the entrance to the market.

Next to these boxes, two young assistants from the Ohtori Shrine wave their purification wands from right to left and from left to right to purify the old rakes and their owners. The latter throws a coin into an urn provided for this purpose then make a brief prayer before leaving in search of a new kumade, a little larger than the one they have just got rid of (and which will be burned) s 'they want a little more wealth next year.

Indeed, this festival which takes place in November announces the end of the year and the beginning of the new year, a very symbolic period for the Japanese.

No less symbolic is the purchase of kumade. Buyers, mainly shopkeepers, restaurateurs, and people in business, hope to be able to rake in luck and fortune in the coming year thanks to these "lucky rakes". Of course, many individuals are crowding in front of the stands, but you can also see kumade buyers, employees, entrepreneurs, and even managers of large Japanese companies in the crowd!

In addition to the buyers, visitors jostle in the aisles to admire kumade of all sizes highlighted by the spotlights (the market is much livelier in the evening). Sometimes, instead of the rakes, one can find boats (these are the "boats of fortune", takarabune, with onboard the seven gods of happiness and all kinds of treasures) or bamboo vases also decorated with auspicious elements. Prices are rarely indicated and you can negotiate for the price.

A clamor sometimes rises through the colorful stands: as is customary, vendors shout "iyo-o" and clap their hands very loudly and rhythmically, at the same time as their customers, to celebrate the sale of a kumade. It must be said that if the smallest rakes are worth around 3000 yen (about $25/23€), the largest and most decorated pieces can reach 300,000 yen ($2,490/2,260€), or even more! The happy owners will then bow down in front of the Ohtori-ou/and the Chokoku temple, to ask the gods for good luck!

North of the capital, Oji is a small district full of charm.

Very important for the Japanese, there will be three martial arts during the 2020 Olympic Games taking place in Tokyo.

Visiting Tokyo during the 2020 Olympic Games

Between Olympic events, spectators will also be able to discover Japanese culture in the heart of Tokyo.