Kochi has a reputation as one of Japan's most livable cities. Both sea and mountains are on the doorstep of this surprisingly cosmopolitan town. There's good food, a lively market, friendly people and an easy-going vibe.

Kochi is the capital city of Kochi Prefecture, situated on the Kagami River on the south coast of Shikoku Island.

Historically, Kochi is the birthplace of the Meiji Restoration hero Sakamoto Ryoma (1836-1867). The main attraction is Kochi Castle and there are many interesting museums and local markets here. Kochi City makes a good base from which to explore the Oboke Gorge in the mountains to the north. Any trip to Shikoku should include at least a day or two in this little gem of a city.

Kochi Castle, is probably the town's biggest attraction and is a completely original castle, one of only twelve such in Japan. The complete inner citadel (honmaru) of the castle is still intact.

First constructed between 1601 and 1611 by Yamauchi Katsutoyo, the feudal lord (daimyo) of Tosa, the castle burnt down in 1727 and was rebuilt between 1729 and 1753. The buildings you see today dates from that period.

The reconstruction of Kochi Castle took place in the middle of a time of prolonged peace in Japan, so the feudal lord of the day had his living quarters (kaitokukan) situated on the ground floor looking out on to a pleasant garden planted with cherry trees and plum trees.

The 18.5 meters tall castle tower (donjon) has three external levels on six floors. On a clear day, there are good views over Kochi town stretching out below.

South of the castle on Kencho-mae dori near the banks of the Kagami River are the preserved samurai barracks of the castle guards, known as the Kyu-Yamauchi-ke Shimo-Yashiki-Nagaya. Admission is free.

The Kochi Prefectural Museum of History is located out of town to the north east of Kochi Station. Buses run "close" to the museum (which is about 15 minutes on foot from the Gakko bunki rekishikan iriguch bus stop) every 30 minutes from Harimayabashi and Kochi Station.

Try to plan your trip to Kochi to take in the town's Sunday Market, held from early in the morning to around 5pm. The market consists of a row of stalls selling local food and crafts and is on Otesuji dori leading to the castle. The nearest street car stop is Hasuikemachi dori. There is a smaller Saturday market just outside the main entrance to Kochi Castle and indeed there's a small street market happening every day of the week somewhere in Kochi, except on Monday.

One stop south on the north-south street car line is Harimaya-bashi (where Kochi's two street car lines intersect). Here is a reconstructed vermilion-painted bridge made famous by the nineteenth century love story of a local priest Junshin and his paramour, the young maid, Ouma.

Other places of interest in Kochi town include two museums east of Harimaya-bashi, the Yokoyama Ryuichi Memorial Manga Museum which presents the life and work of the local manga artist Yokoyama Ryuichi (1909-2001) who revolutionized manga in Tokyo in the 1930's. Yokoyama's most famous character Fuku-chan is prominent throughout the exhibits. Further east is the Museum of Art Kochi, a modern building, supported by Kochi Prefecture, exhibiting both modern Japanese and western art with Japan's largest collection of paintings by Marc Chagall.

Kochi is known for its excellent food including local tuna fish and healthy vegetables grown in the surrounding countryside. Local products of note include citrus fruits: the yuzu, and the grapefruit-size buntan, and mini-tomatoes. Kochi's many covered arcades such as Ohashidori and Obiyamachi have a number of good restaurants, bars and izakaya. For cheaper fare try the lively, indoor Hirome Market near the castle.

Kochi's big bash is the Yosakoi Festival on August 10-11 just before the Awa Odori in Tokushima. Yosakoi is colorful group formation dancing, which attracts a couple of hundred teams with over 2,000 competitors.

Quiet places outside the city centre

Around two kilometers south of downtown Kochi on a hill overlooking the harbor is Godaisan Koen park. This hilltop park contains the lovely Chikurinji Temple, number 31 of the 88 Sacred Temples of Shikoku, with an impressive pagoda and fine garden.

Almost next door is the interesting Kochi Prefecture Makino Botanical Garden (admission 500 yen), which honors the remarkable achievements of the locally-born botanist Tomitaro Makino (1862-1957), who did much to popularize the study of plants in Japan, named over 1500 species and is the author of the classic Illustrated Flora of Japan. Besides the delightful grounds, the modern Makino Museum of Plants & People Exhibition Hall recreates the great man's life and influence on Japanese botany.

A tribute to Sakamoto Ryoma

Farther down at the coast near Katsurahama Park, a beauty spot that includes a beach, is a large statue of Ryoma Sakamoto. Across the road was the rather tacky Tosa Token Center (NOW CLOSED). Toh-ken means "fighting dog" in Japanese, and the center was dedicated to the fearsome Tosa breed of fighting dogs, but closed in May 2017. Katsurahama Park has the small Katsurahama Aquarium, which includes up-close experiences with penguins and sea turtles. 9am-5pm, 365 days a year, 1,200 yen for adults.

Back up the hill from the beach is the Sakamoto Ryoma Memorial Museum (admission 500 yen), a modern building showcasing the life and times of the man, and Japanese hero, who did much to unite the disparate anti-Tokugawa forces before his assassination, aged only 33, by the Shinsengumi secret police in Kyoto in 1867. Fascinating exhibits include Sakamoto's pistol and swords, and blood-splattered screens and scrolls from the soy sauce shop he was staying in at the time of his murder. 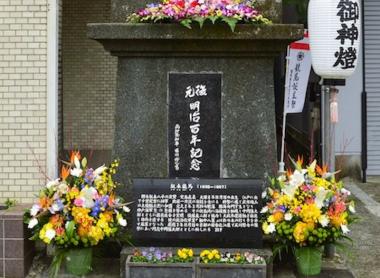 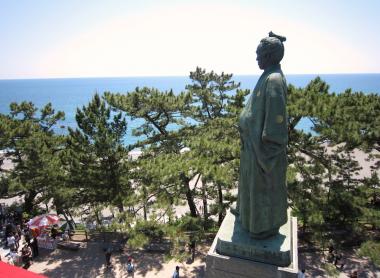 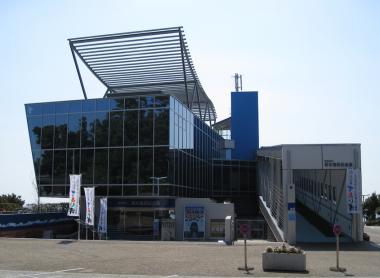 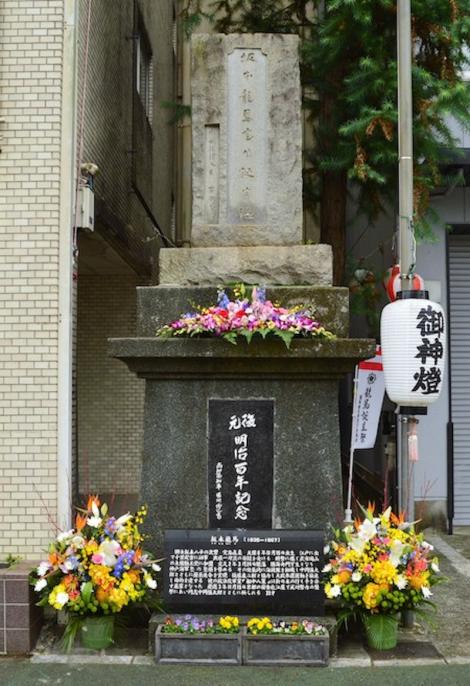 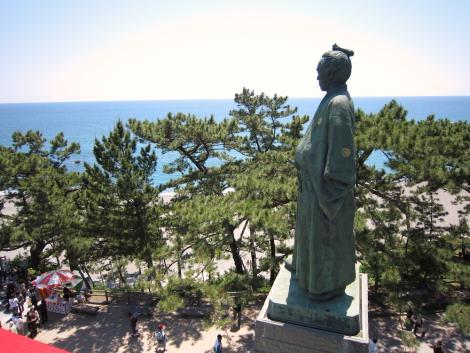 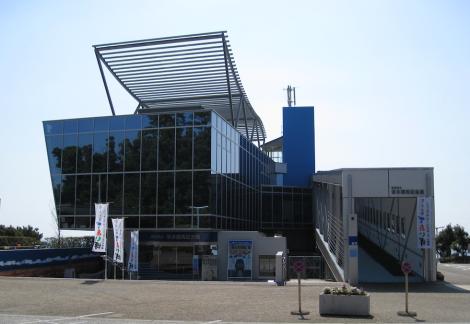 Getting Around Kochi City

It is fairly easy to get around central Kochi on foot or by the distinctive street car system which features trams from all over the world including Germany, Norway and Portugal. Take a local bus departing from outside JR Kochi Station for Katsurahama. The Yosakoi Gururin Bus circles the downtown area from the station and costs 100 yen per journey. On weekends and national holidays, the MY Yu Bus card for 1,000 yen for 1 day (1,600 yen for 2 days) allows you to jump on and off a loop bus from the station passing Godaisan, Chikurinji, the Sakamoto Ryoma Memorial Museum and Katsurahama.

Travel to Kochi with a JR Shikoku Pass

Our tours in Kochi