The city of the Great Buddha and Zen temples

As a former Japanese capital, now a top seaside resort, Kamakura, has many historic gems to explore. Here are our suggestions for the best places to visit to find out more about the city's rich history.

By choosing to establish, in 1192, the political and military center of Japan in Kamakura, the shogun (war general) Minamoto no Yoritomo permanently metamorphosed the small fishing town near Tokyo.

Having emerged victorious from the long civil war between the Minamoto and Taira clans, he established the country's first samurai government, called bakufu. Then began the Kamakura shogunate (1192-1333) and Japan's long feudal era, which did not end until the middle of the 19th century. During this period saw the introduction of Zen Buddhism into Japan - led by the monk Eisai (1141-1215), founder of the Rinzai Zen sect, returning from a trip to China - profoundly changed the face of the former capital. In total, the city of Kamakura is dotted with 65 Buddhist temples.

Zen Temples to Visit in Kamakura

It is to the north of the city (Kita-Kamakura, get off at the JR station of the same name, a station before Kamakura when coming from Tokyo) where there is a large concentration of Zen temples. The largest and one of the oldest is the superb Kencho-ji temple and its many secondary buildings. Founded in 1253, it was the first of the five great Zen temples (gozan) of the Rinzai school of Kamakura, built before Engaku-ji, Jochi-ji, Jufuku-ji and Jomyo-ji.

Like Kencho-ji, Engakuji, founded in 1282, has incredible buildings, but its the gardens and the lush nature that serves as its backdrop that add the real charm. The third of the five great Zen temples, Jochi-ji, less important than the previous two but no less charming, is also located in the same district, lost in the greenery. Not far from there, Tokei-ji, is a former convent of nuns. It is nicknamed "divorce temple" because, according to legend, women who fled their husbands could take refuge in this temple. Here again, we will admire the gardens and abundant vegetation.

Still in Kita-Kamakura but a little further back, the Meigetsu-in temple, another Zen temple dependent on Kencho-ji, is famous for its hydrangeas (in June, which is very popular) and its round window overlooking the nature.

Visit Kamakura for no additional costs with your Japan Rail Pass!

From Kita-Kamakura, take a bus or walk to Tsurugaoka Hachiman-gu shrine, the largest Shinto shrine in Kamakura, which embodies the Minamoto rule. Here, in this place dedicated to the god of war Hachiman, historical symbols abound. After being reduced to nothing the Taira clan, Yoritomo asserts his superiority through the exterior architecture (ponds, islets ...) of the shrine. Each year, this shrine attracts more than 9 million visitors. On January 1, the faithful come in droves for ritual prayer. Later, in April, it hosts one of the most popular ancestral ceremonies by the Japanese, the yabusame. A samurai training combining archery and horse riding.

From Hachiman-gu you can easily get to the lovely temple, Eisho-ji, a former convent housing with pretty wooden buildings with an original structure.

Close to Eisho-ji, Jufukuji Temple cannot be visited but admired from its front door. It is the oldest Zen temple in Kamakura and one of the oldest Zen temples in Japan. And then, you stroll down the famous Komachi-dori street, lined with souvenir shops, pastry shops and cafes. The latter overlooks the square of JR Kamakura Station. Behind, at the West exit, you can take the Enoden train.

The Myths of Kamakura: Enoden and Big Buddha

The Enoden is a mythical little train that leads to Hase station, not far from which stands the emblem of the city: the Daibutsu, the great Buddha of Kamakura. Partially hidden within the walls of the Kotoku-in temple, he is the star of the city! This 11.3 meter high bronze Buddha dominates the skyline.

To the east, perched on the hills above the city, Hase-dera temple offers stunning views of the bay. Inside, an impressive gold statue of Kannon gives the place a mystical charm. 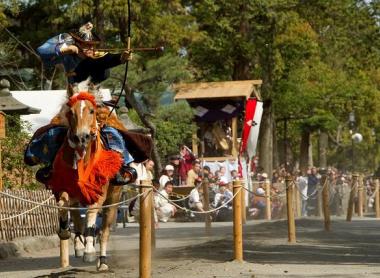 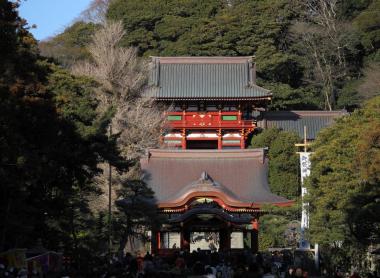 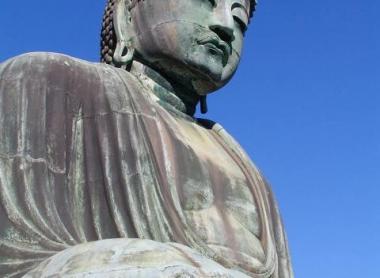 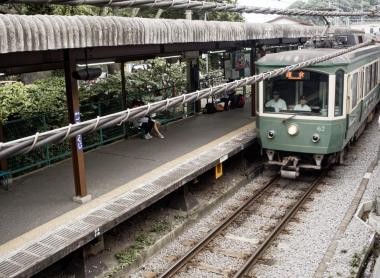 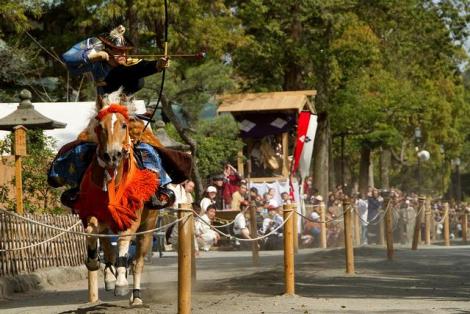 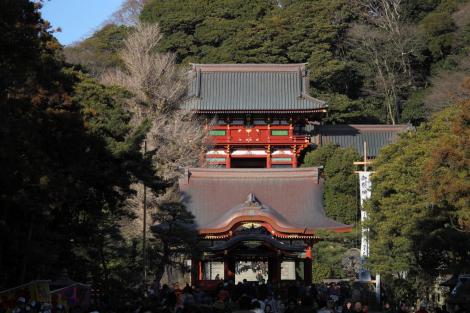 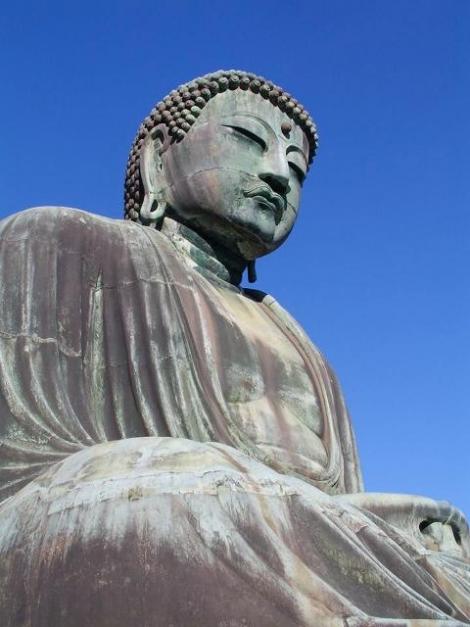 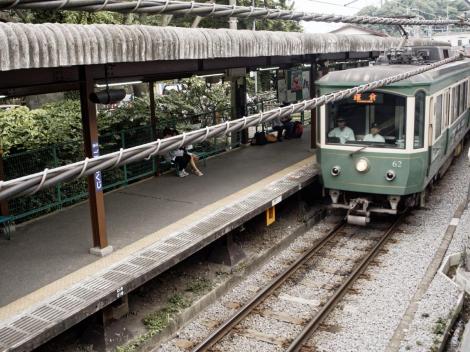 Temples to see in Kamakura

Located north-east of the city, a little further from the center, is more than ten temples and shrines, of which the most important are the following. First of all, the Egara Tenjin Shinto shrine, with its vermilion red exterior and gardens, it delights visitors. Dedicated to Michizane Sugawara, a ninth-century wise nobleman, it is frequented by schoolchildren and students who come to pray for success in their exams.

Further east, Sugimoto-dera, built in 734, is the oldest temple in the city. It is also known as the “Moss Temple” because of the long moss-covered stairs that lead to it. It houses precious statues of the eleven-headed goddess Kannon.

A little further, Hokokuji, the bamboo temple, attracts visitors for its bamboo grove.

Finally, on the city's outskirts, Zuisen-ji, a Zen temple founded at the end of the Kamakura period, is famous for its magnificent garden designed by the monk Muso.

But the city does not only owe its success to its history. It is also the rendezvous point for many surfers! Only an hour by train from Tokyo, the beaches of Kamakura certainly offer good waves...In the summer, you can swim there and enjoy the many bars and restaurants on the beach. 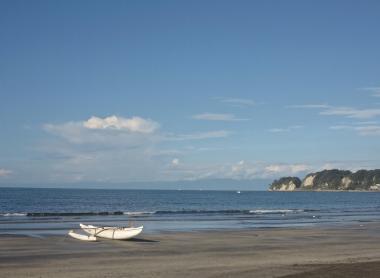 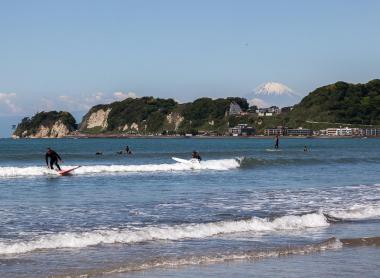 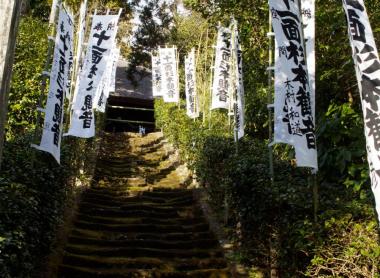 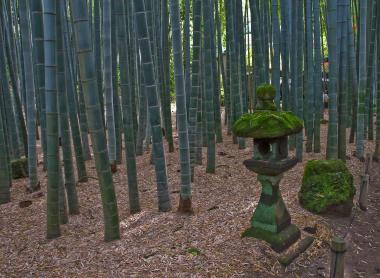 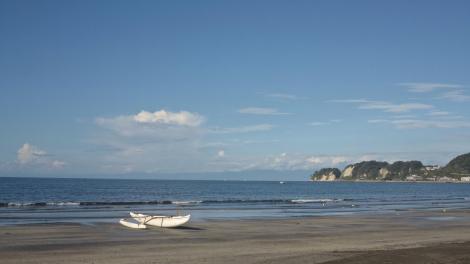 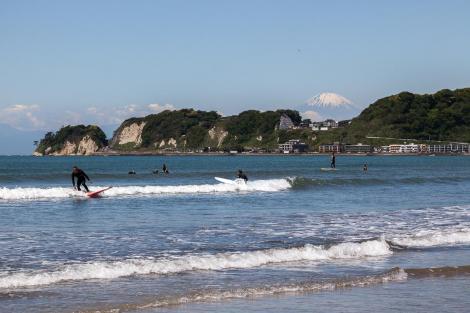 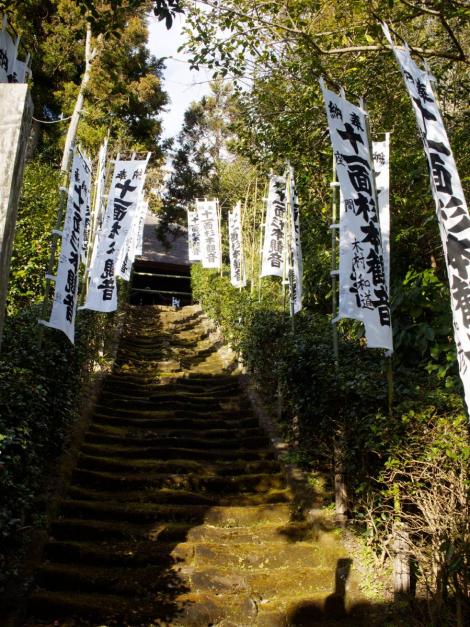 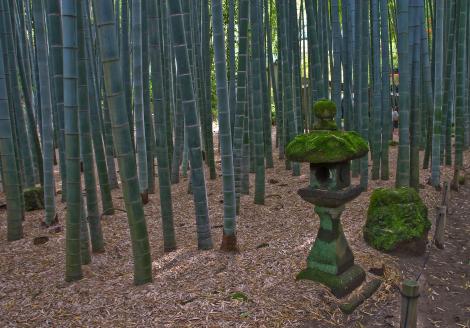