Nara, the city of deer, one of the essential places to visit in Japan

Nara is located in the Kansai region and was Japan's first imperial capital. Nara has a wealth of historical and cultural heritage and of course deer. Home to many treasures that would be a shame to miss on your visit to Japan. 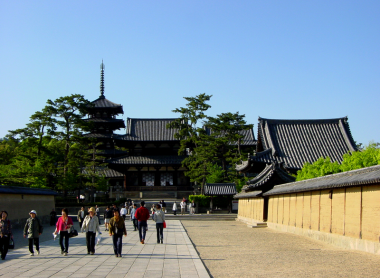 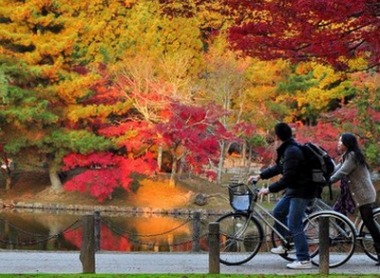 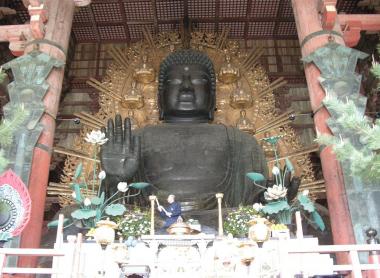 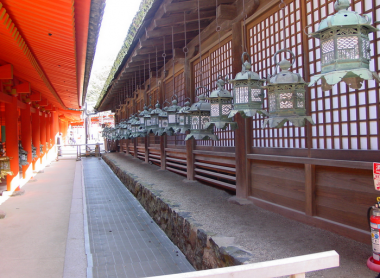 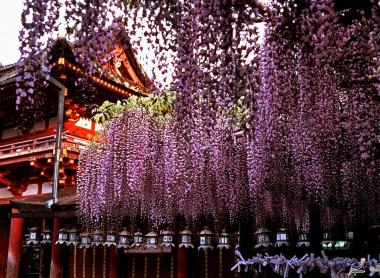 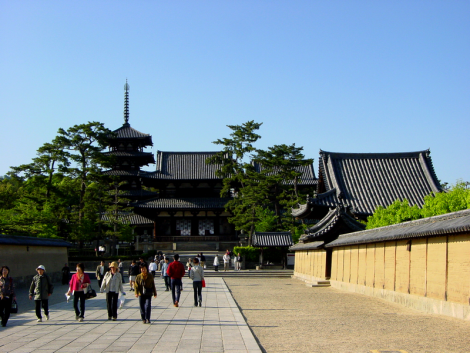 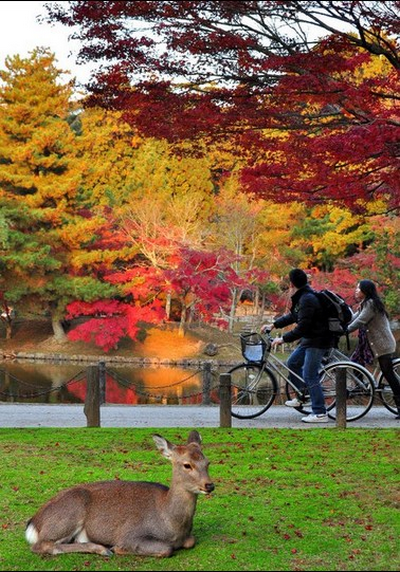 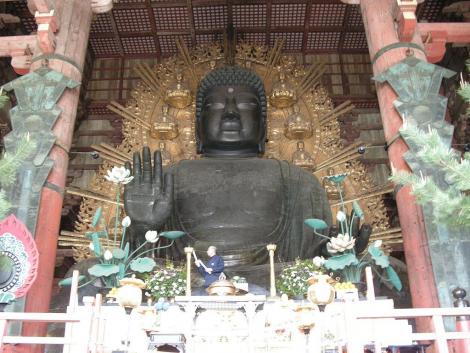 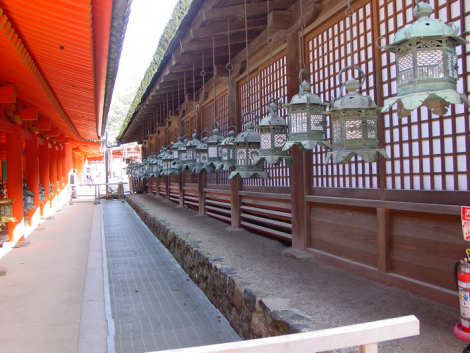 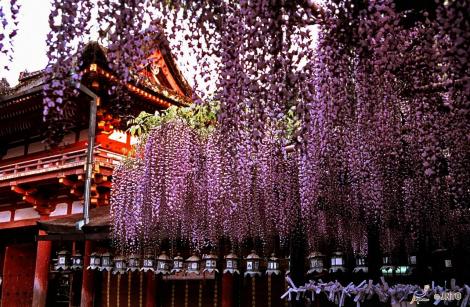 Nara is the capital of the prefecture of the same name, in the region of Kansai. The city is located just 40km from Kyoto, its big sister. Nara is, by Japanese standards, a small city with just over 350,000 inhabitants and is a popular tourist destination for both foreign visitors and Japanese people.

The story of Nara, the first capital of Japan

On the gently sloping hillside on the plain of Yamato, flourished the birthplace of art and literature. Nara has the charm of a quiet provincial town. The birthplace of Buddhism, which became Japan's official state religion in the mid-6th century and the capital of ancient times, Nara has conserved many treasures, despite the ravages of fire and history. The ancient imperial capital is still the subject of great fascination.

The Empress Gemmei (661-721) in 710 established the first permanent capital of the Japanese empire at Heijo-kyo, now known as Nara. The city was designed according to a grid plan, following the principles of Chinese geomancy. Until 784, the imperial city shone brightly as a cultural, political, spiritual and economic center. Six Buddhist "sects", known as the Six Schools of Nara Buddhism, were born there and greatly influenced the political decisions of the emperors.

The extent of religious influence became so great that it was decided to move the capital at the end of the 8th century to Heian-kyo, now called Kyoto.

Nara, a wealth of historical heritage

Here, the expressionistic force of the forms produced by makers of popular prints had great influence over the empire and always exalted the teachings of Buddha. During this period, Japanese artists liberated themselves from Chinese or Korean styles. They created a new and powerful form of visual expression.

Nara deserves more than just a flying visit: no fewer than eight of its sites have UNESCO World Heritage status.

One such site is Todaiji temple, built in the 8th century for peace throughout the land and prosperity for the populace, is the largest wooden building in the world. The bronze seated Buddha housed in the temple, the Daibutsu, is a remarkable sight at 18 meters high. It is undoubtedly the best-known monument in Nara.

Visitors will also have the chance to visit the instructive Kofukuji complex (and its splendid pagoda) or the Kasuga Taisha Shinto shrine, nestled in the south-east of Nara's park. This huge park (Nara Koen) features pagodas, temples and shrines that stand as guardians of a purely spiritual memory. The evocative power of art stands out with splendid restraint.

It is in the great park that the sika deer who guard the city live. Nara is known throughout the world in part thanks to the deer who live in complete freedom in this area of the city. According to the legend, the kami Takemikazuchi, God of Thunder, arrived in the city to protect it, riding a winged white deer. The deer are therefore considered to be divine and the protectors of the city. There are over a thousand of them living there today and they have the status of a "Natural Treasure".

It is possible to stroke the deer and feed them if you buy some special food (150 yen) from the many stalls. Therefore, it is recommended not to carry the food so that the deer can see it and not take food away from a deer's mouth once you have started to feed it. Do not leave children unsupervised.

To enjoy Nara even more, you need to visit some of the popular districts such as the Naramachi district with its preserved old houses which are now the premises of shops and restaurants, lose yourself in a labyrinth of alleyways, discover a shrine almost by chance ... and enjoy the moment. 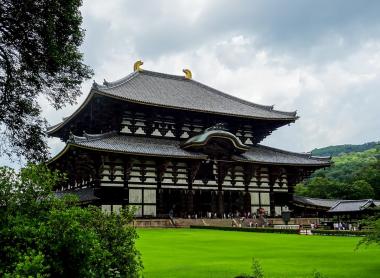 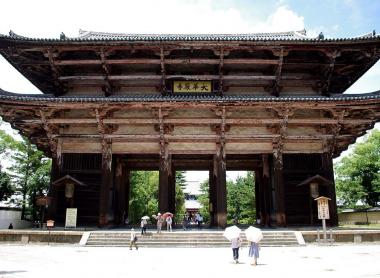 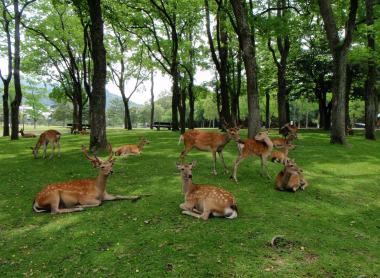 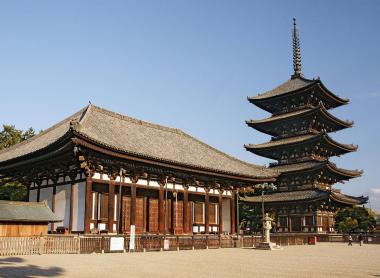 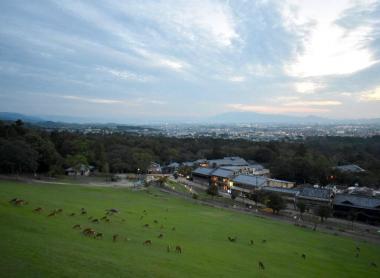 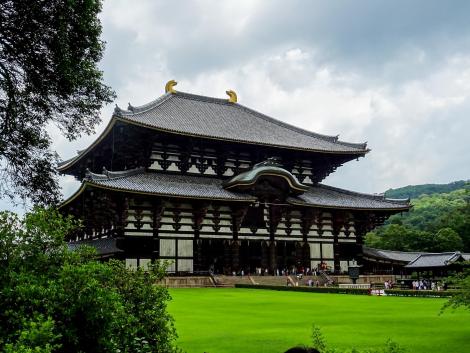 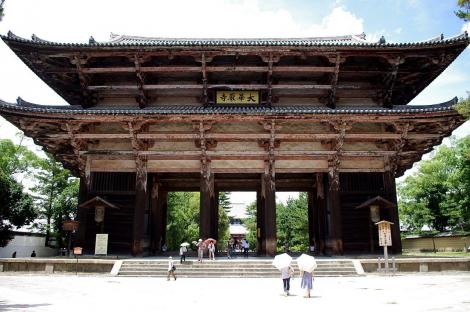 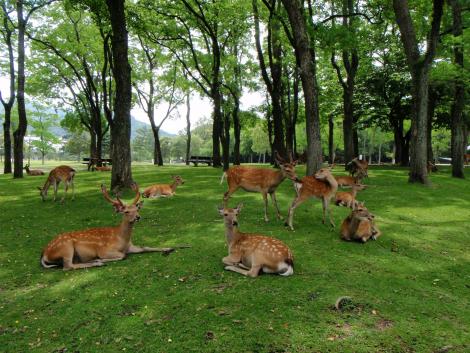 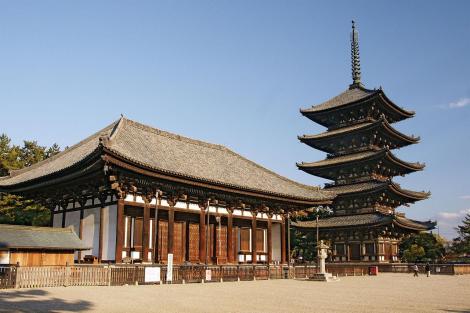 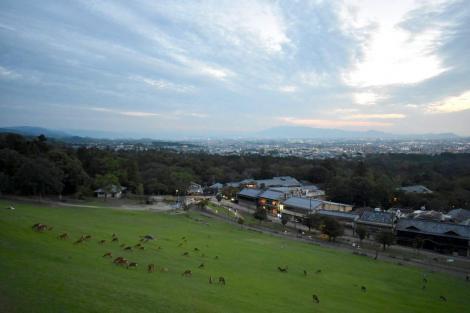 What to do in Nara?

Here are the essential places to visit when you are in Nara:

How to get to Nara?

Nara can easily be visited in a day. You can travel there by train from Kyoto or Osaka.

From Kyoto station, take the JR Nara line to Nara station, 45-minute journey (covered by the JR Pass, or 720 yen).

Discover Nara through our video: