Nikko Travel Guide and tour of its religious complex

Unmissable and unforgettable, the religious complex of Nikko appose many sites listed as World Heritage by Unesco, Buddhist temples, mausoleums, and Shinto shrines. Take a day-long walk in Nikko National Park and its immense forests, to immerse yourself in tranquility and spirituality.

Nikko, the city of sunlight

The city of Nikko is located 140 km north of Tokyo, in Tochigi Prefecture. Its name means "Sunlight or sunshine". This ancient city was built at the foot of the mountains and is located in the heart of Nikko National Park, which is home to large cedar forests. The surroundings of the city are renowned for many major sites, Buddhist temples, and Shinto shrines, registered as World Heritage by Unesco since 1999.

Set in lush greenery, this religious complex is a must-visit, popular with Japanese and tourists alike. As the Japanese saying goes: "Do not say "magnificent" before having seen Nikko" ( Nikkō o mizushite kekkō toiū nakare).

History and foundation of Nikko

For Nikko, it all began in 766 when the monk Shôdô Shônin founded the Honryû temple (now Rinnô-ji) at the foot of Mount Nantai. He then had other temples built there. Furthermore, Mounts Nantai, Tarō, and Nyohō, and the surroundings of Lake Chūzenji take on a sacred character for followers of Shinto religion.

The site has become one of the country's high sacred places, both for Japanese Buddhism and for Shinto.

The site then acquired additional importance in 1636, when Japan, pacified and prosperous, entered the golden age of the Edo period (1603-1868). The reigning family, the Tokugawa, built the mausoleum of Ieyasu, the great unifier of the Archipelago. The latter had indeed expressed as a last wish, in 1616, that a mausoleum in Nikko be built for his burial site. The became a symbol of Japanese syncretism, where Buddhist temples and Shinto shrines come together, and where divinity is in the air.

Very popular with tourists, Nikkô is visited by many in the spring during its festival (May 17 and 18): more than a thousand participants dressed as Edo samurais replay the funeral ceremony of Ieyasu Tokugawa; and there are yabusame, knightly archery, and ceremonial events permeated with Shinto rites. 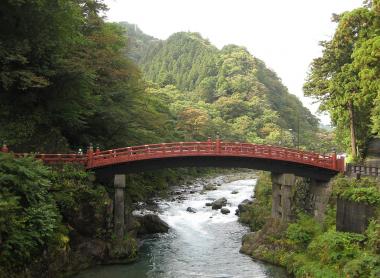 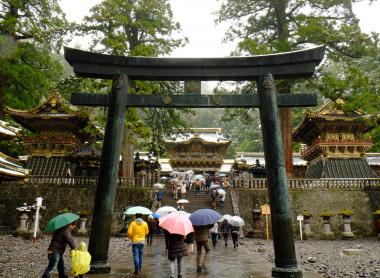 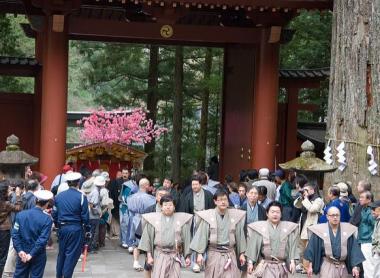 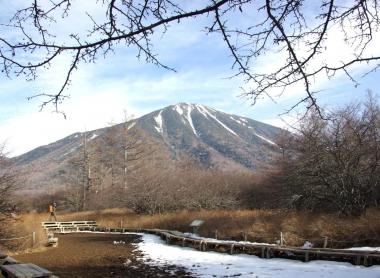 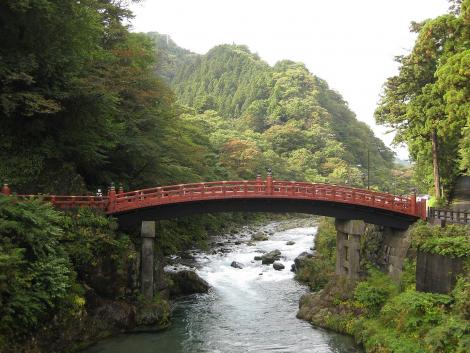 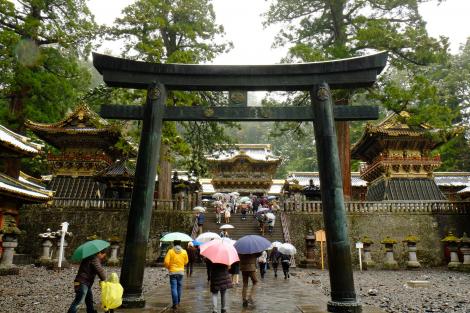 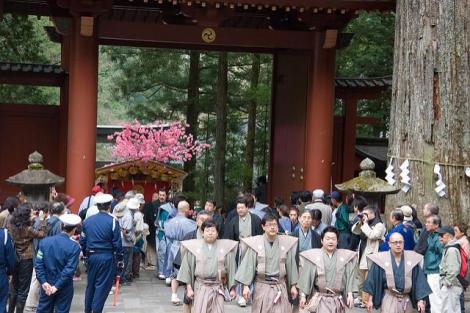 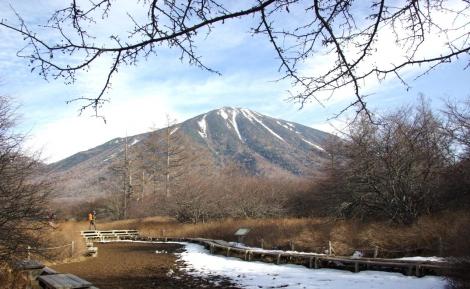 Once you reach the entrance to the historic sites (about 2 km from both Nikko stations), the exploration begins. You start by a bridge, marking the separation between the profane world and sacred universe. The Shinkyô ("sacred bridge"), lacquered in red, was originally reserved for the emperor and the shogun ... and today, by hundreds of thousands of visitors.

We then take the path leading to the left to enter what was the Buddhist heart of the first Nikkô and visit the Rinnô-ji temple, founded by the monk Shôdô Shônin and known for its "hall of the three Buddhas", but also for its splendid Shōyō-en garden. The curious minds can also examine the objects of worship (mandalas, bells) preserved in the Treasury Museum (opposite the temple).

Behind the temple, the Tôshô-gu marks the second period of Nikkô: it is the burial place of Tokugawa Ieyasu. This shrine, richly decorated with Chinese influences, required the participation of 15,000 men during its construction between 1634 and 1636. With its gilding and vibrant colors, it is considered one of the finest examples of Momoyama architecture.

Restrained and unadulterated, the foothold of the sacred stable is even more famous. You can see the three little monkeys carved in wood, known as the Mizaru ("the blind"), Kikazaru ("the deaf"), and Iwazaru ("the dumb"), which covers their eyes, ears, and mouth respectively, symbolizing the precepts of the Tendai Buddhist sect, inspired by Confucius: "do not look at evil, do not say it, do not listen to it".

More to see in Nikko

The Ieyasu Tokugawa mausoleum is not alone on the site. At the western end of the complex lies his grandson Iemitsu (the 3rd shogun ), in Taiyu-in, which is accessed by passing through the shrine of Futarasan-jinja (782).

It takes a full day to fully enjoy the spiritual beauties of Nikkô and it may be a good idea to spend the night and be surrounded by the charm of its natural heritage.

Along the Daiyagawa River, the Kanmanga Fuchi promenade, between the undergrowth and the strange volcanic formations of Mount Nantai, is magnificent. Upon arrival, dozens of statues of Jizô (protector of children) covered with moss seem to defy time and proclaim the union of minerals and plants.

After the excursion, you can return to Nikkô station and take a bus to access the lake Chûzenji (30 km). There, you can survey the lake by boat (1 hour) or go further, to view the spectacular Kegon no Taki (waterfall) and or relax in the Yumoto Onsen hot springs. 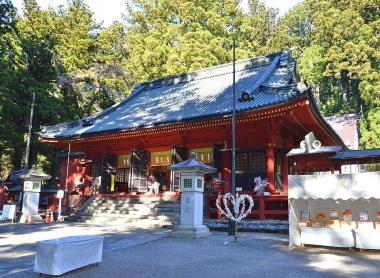 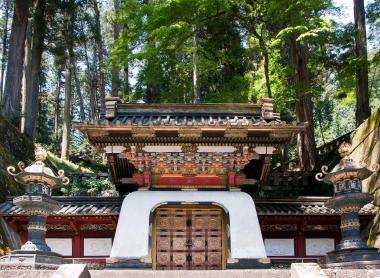 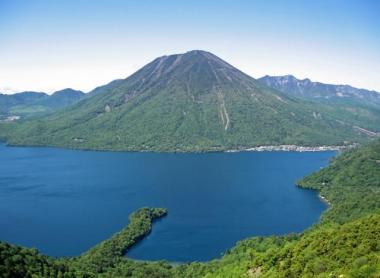 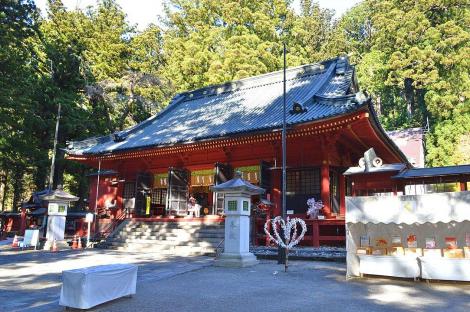 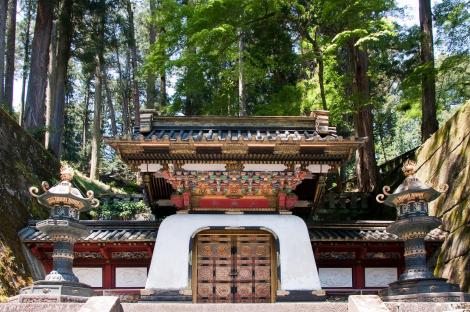 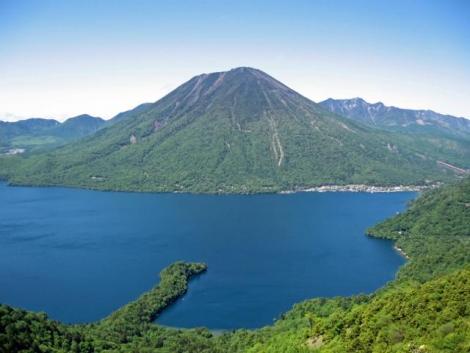 How do I get to Nikko?

Nikko has two stations, located very close to each other: JR station and Tobu station.

To get to JR Nikko station from Tokyo, take the Shinkansen from Tokyo station or Ueno station. You will have to transfer to a local line in Utsunomiya (allow approximately 2 hrs to 2.5 hrs). Save on your trip to Japan by booking a Japan Rail Pass

Our activities in Nikko

From $154 per person, for 3 persons
Discover all our activities in Nikko (2)

Our tours in Nikko

Nature and Tradition of Japan Self-Guided Tours in Japan