The history of Okinawa: from the kingdom of Ryûkyû to life after the Second World War

Okinawa was firstly and for many years called the Ryukyu Islands. These consisted of independent islands that did not belong to Japan and had their own individual cultures and dialects.

After centuries of battles between the various local lords, the islands were unified in 1429 and became the Ryukyu Kingdom. It was prosperous thanks to the commercial and cultural relations it maintained with China. The Ryukyu Islands were also important due to their strategic positions for maritime traffic between Japan, China and Luzon (which is now part of the Philippines). They also maintained relations with the kingdom of Siam (now Thailand). Regular visits from envoys of the Chinese empire helped to ensure that the kingdom of Ryukyu was home to a unique culture where a wide range of shows and entertainment multiplied.

This period of prosperity came to an end in 1606 when the kingdom of Ryukyu was placed under the control of the region of Satsuma (now Kagoshima, on the island of Kyushu). In 1875, during the Meiji Era (1868-1912), the Ryukyu Kingdom was abolished, imperial Japan annexed the islands and Okinawa became one of Japan's prefectures.

A little under half a century later, violent combat took place on the islands between Japanese and Allied forces during the Second World War and the local civilian population suffered greatly. At the end of 1945, it was the turn of the United States to take control of Okinawa, and it was only returned to Japanese control on 15 May 1972. There are still important American military bases on the main island (Okinawa honto).

The tropics in Japan: Paradise islands and subtropical climate

The Okinawa islands extends for approximately 400km from north to south, for 1,000km from east to west and covers 2,281km2 of land. It is surrounded by the East China Sea and the Pacific Ocean and contains 160 islands, of which only 49 are inhabited. The population is around 1.44 million (as of May 2018), with the majority being based on the main island, Okinawa honto.

Okinawa enjoys a subtropical climate and does not have a cold season. With an average temperature of 17℃, January is the coldest month and July is the hottest with an average of around 28.9 ℃. It is in Okinawa that the first cherry trees blossom, the kanhizakura, a variety specific to the region.

Okinawa receives a lot of rain between May and June, the rainy season. It is also located in the typhoon zone, with typhoons generally occurring from June to September-October.

Due to their history, the islands of the former kingdom of Ryukyu have a rich and unique culture. Despite the disappearance of the kingdom of Ryukyu and the annexation of the area by Japan, the typical traditional arts of Okinawa, created in most cases to entertain envoys from the imperial court of China who were received by the kingdom, have not disappeared and have been handed down from generation to generation. Among these are:

Is it said that the Okinawa diet promotes a long life expectancy? Rich in vitamins, Okinawa cuisine is varied and delicious, featuring plenty of seafood.

It consists of a clever mixture of several influences, as shown by its best-known dish champuru, made using fried vegetables. Okinawa resembles its cuisine, halfway between Japan and Ryukyu culture. 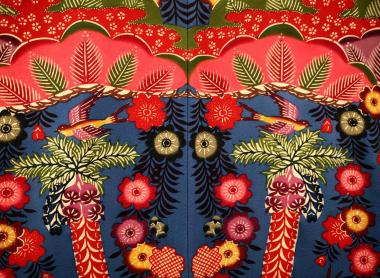 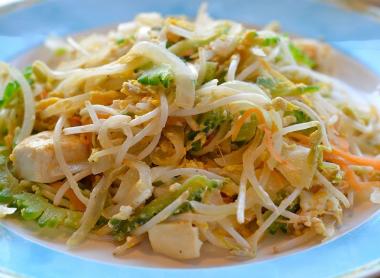 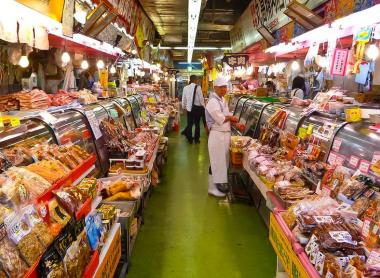 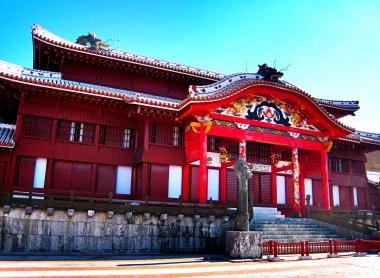 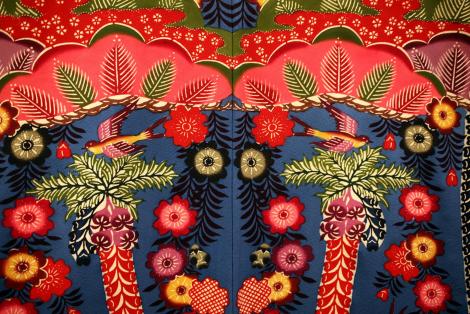 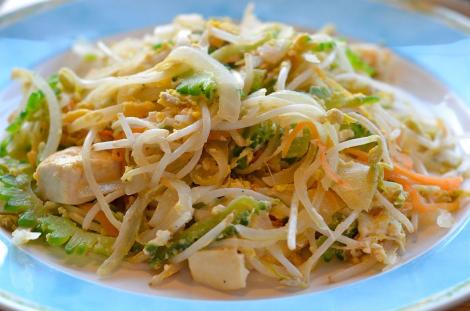 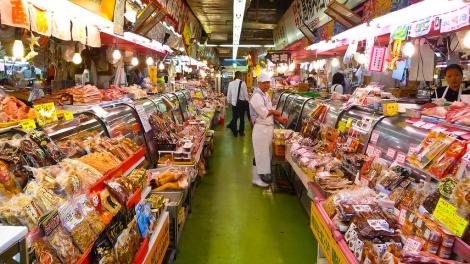 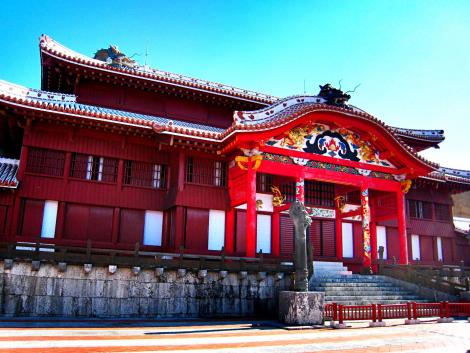 The different islands of the Okinawa archipelago

The widely scattered islands of the archipelago constitute a genuine natural treasure and include several sites listed by UNESCO. It is divided into three separate archipelagos: the Okinawa Islands (Okinawa Shoto) and some twenty islands and islets located around Okinawa Honto, the main island. Further south are the islands of Miyako and Yaeyama.

With a surface area of 1,206km2, the main island of Okinawa, honto, is the fifth biggest island in Japan. It has 476 kilometers of coastline. Its capital, Naha, is the political and economic hub of the prefecture. The main attractions are also located on the island and in Naha. Historical sites, such as the Shuri Castle, the ruins of Nagagusuku Castle and the former HQ of the Imperial Japanese Navy.

The American presence is still strongly felt around the base in the American village. All of the leisure activities worthy of a little Hawaii can be found there, including cocktails.

Note: Shuri Castle, a jewel of the Ryukyu Kingdom, was largely destroyed by a severe fire during the night of 30 to 31 October 2019. The park surrounding it has been partially reopened, but we recommend that you check before heading to the site.

Visiting Okinawa by car is a real pleasure and allows you to explore the island thoroughly. Far from the Americanised capital, you can admire the countryside, explore a small deserted beach, try the local specialties in a tavern and meet some of the Okinawans who are so friendly and cheerful…

And for a full guide to the sights and activities on the island of Okinawa, visit our pages:

The eight small Miyako islands at the center of the Okinawa islands are famous for their white sand and turquoise waters. These are genuine Pacific beaches with their coral reefs. You can go scuba diving or free diving and there are plenty of other activities to enjoy in the sunshine. The beaches of Maehama and Yoshino are considered to be among the finest in Japan.

The largest of the islands in this archipelago, Miyako-jima, is well-known for being home to a community of female shamans who oversee funerals and certain religious festivals.

The most distant islands make up the Yaeyama group, which will be of interest to nature lovers and those interested in traditional culture. The biggest of these islands is that of Ishigaki-jima. The island of Iriomote, which is fully protected, is famous throughout Japan for its jungle and its wild cats. Similarly, the island of Taketomi has the best-preserved traditional villages in Okinawa. Visits take place in carts pulled by water buffalo.

How to travel to Okinawa?

There are three to eight direct flights per day to Naha from the main cities in Japan (Tokyo, Osaka, Fukuoka...). They take 2 hours to 2 hours 30 minutes. The low-cost companies Peach Aviation and Skymark Airlines also provide flights from Haneda and Narita.

Direct flights connect the islands of Miyako and Ishigaki to Tokyo and Osaka (flights of 3 hours to 3 hours 30 minutes).

Travel on the islands is by bus or car rental is available on the main island.

Ferries connect small islands within the same group, but by plane is the best means of traveling between Okinawa, Miyako and Yaeyama. Flights between these islands take around 30 minutes.

Our tours in Okinawa