In the heart of the Chubu region, Nagoya is the fourth largest city in Japan behind Tokyo, Yokohama and Osaka. It’s known more for Toyota and its industrial port than for its appeal to tourists. However, Nagoya has so much to offer with its castle, Atsuta Shrine, sumo tournaments and delicious cuisine.

The fate of the capital of Chûbu is closely linked to that of a key figure in Japanese history: Ieyasu Tokugawa, the first shogun of a long dynasty.

In 1601, he decided in particular to build five roads connecting the major Japanese cities, and made Nagoya an important stopover in the Minoji, a secondary road connecting the Tokaido road - between Tokyo, then the political capital, and Kyoto, where the emperor - to that of Nakasendô .

In 1610, the shogun had a castle built for his seventh son, Yoshinao, on a promontory in the north of the city. It quickly becomes a symbol to visit in Nagoya, but will be destroyed by American bombs in 1945, like much of the city.

Today, Nagoya is the capital of Aichi Prefecture , one of the most economically dynamic regions in Japan. The city is home to the headquarters of large corporations with international reach such as Toyota, Honda and Mitsubishi Motors. It was in the 1920s that the automotive industry began to develop there. It is thus often compared to Detroit in the United States.

In addition, it should be noted that the city was subjected to numerous bombings during the Second World War , and was thus largely rebuilt after the war. This is why there are fewer old quarters, temples and shrines there than in other cities such as Kyoto.

Places to visit in Nagoya

Less than 2 hours from Tokyo by shinkansen , Nagoya can be discovered for a day, or in a few days. So what are the must-see attractions and places?

Things to see and do in Nagoya in details

There is plenty to see and do in Nagoya, including Nagoya Castle, completed in 1612 and in the adjacent park, Toyota Automobile Museum, Tokugawa Art Museum, Tokugawa-en Garden, Nagoya Port Aquarium. For shopping, the Osu shopping area is good for electronics, Sakae, the Nagoya Station, with its large shopping areas and major department stores.

Nagoya's most important shrine is the large Atsuta Shrine - one of Japan's three most important Shinto shrines. Temples in Nagoya include Koshoji Temple and its pagoda in Yagoto, Toganji Temple in Motoyama, Nittaiji Temple in Kakuozan and the lively Osu Kannon Temple in Osu, around which is a lively monthly flea market and Nagoya's electronics town.

Nagoya's main parks include Tsurumai Park famous for its cherry blossoms, the large Tenpaku Koen in the eastern suburbs, Heiwa Koen, also a favorite in spring for cherry blossoms, the Expo 2005 Aichi Commemorative Park in Seto and the thin strip of Hisaya Odori Park in Sakae, a favorite spot for events of all kinds, including annual beer and food festivals.

The Nagoya City Wild Bird Observation Center is set in Inae Park in the large estuary created by the Shonaigawa, Shinkawa and Nikkogawa rivers near Nagoya Port. Other large parks are Shonai Ryokuchi Koen with a large boating lake and pick-up games of soccer for expats and locals, the massive drive in Odaka Ryokuchi Koen and the pleasant Nagoya Agricultural Center near Hirabari on the Tsurumai Station, which attracts huge crowds for its hundreds of plum trees in blossom in March.

There are a number of interesting festivals in Nagoya and the surrounding Chubu area throughout the year. The bizarre Tagata Fertility Festival takes place annually on March 15 and has become increasingly popular.

The ancient and equally strange Konomiya Naked Festival occurs around the end of February, beginning of March depending on the lunar calendar.

The spectacular Owari Tsushima Festival with boats covered in paper lanterns takes place on the 4th Saturday and Sunday in July.

Nagoya Festival is in October and features parades of large floats with participants in samurai costumes. Arimatsu Matsuri takes place on the first Sunday in October with floats pulled through the town famous for its traditional tie-dye Arimatsu shibori.

Nagoya's three main shopping and entertainment districts are Sakae, nearby Fushimi and increasingly the Nagoya Station area (Meieki). Department stores in Nagoya include Takashimaya in the Twin Towers of Nagoya Station, Matsuzakaya in Sakae, which has the largest floor space of any department store in Japan and Mitsukoshi also in Sakae.

Sakae remains Nagoya's most famous shopping area, especially for younger people and "Nagoya gals" - a tribe of expensively and extravangantly attired young Japanese women. Noted shopping malls are Lachic and Nadya Park, there are popular branches of the Apple Store, Louis Vuitton, Christian Dior and Agnes b. both inside Mitsukoshi.

There are branches of BIC Camera and Tokyu Hands at Nagoya Station and for cheap electronics and a regular flea market visitors should go to the Osu Kannon and Kamimaezu area of shotengai or covered arcades.

The Nagoya Station area is increasingly going high rise. The Central Towers of Nagoya Station contain the Takashimaya Department store with a branch of Tokyu Hands and an excellent basement supermarket for food shopping, there are restaurants on the upper floors of the Central Towers and the luxurious Nagoya Marriott Associa Hotel on the 15th floor. The nearby Meitetsu and Kintetsu stations also have their own recommended department stores. In addition, the Meieki underground shopping mall has a variety of shops, bars, cafes and restaurants. Across the street from Nagoya Station, the towering Midland Square has a multiplex cinema and there's another large multiplex at Sasashima Raibu, one stop from Nagoya Station on the Aonami Line or a short walk past the Nanachan Statue and the Kintetsu and Meitetsu stations.

Aichi Expo 2005 was held in the eastern suburbs of Nagoya and the Expo site is now a popular park, Ai-Chikyuhaku Kinen Koen. Access is by the Linimo from Fujigaoka Station on the Higashiyama Line of Nagoya's subway.

We find in Nagoya a small lively and lively district, Arimatsu , one of the few not to have been destroyed by the bombs in 1945. It is the ideal place to discover the typical recipes of the city :

In general, Nagoya's gastronomy is centered around miso (a fermented paste made from soybeans, cereals and salt), available in sauce or broth.

Nightlife and Eating Out in Nagoya

Further from the center of the city you will find great restaurants, bars and cafes - mainly along the Higashiyama and Tsurumai subway lines in the up-market Yagoto, Irinaka, Motoyama and Imaike districts. The main foreigner-friendly hangouts are the HUB chain of pubs, and the Elephant's Nest and Shooters in Fushimi. 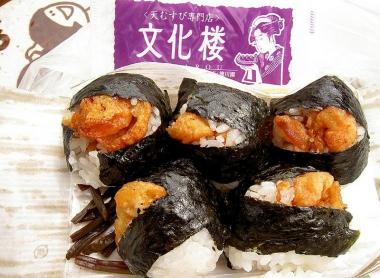 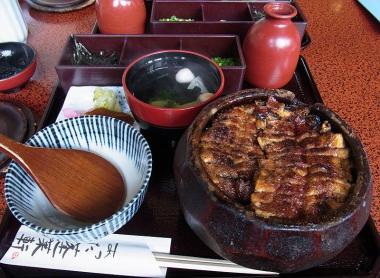 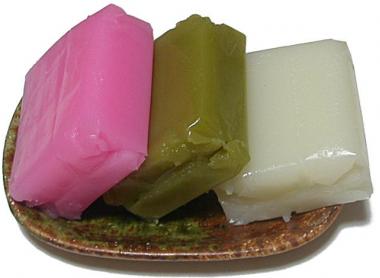 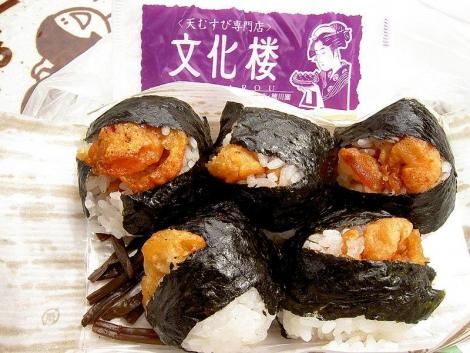 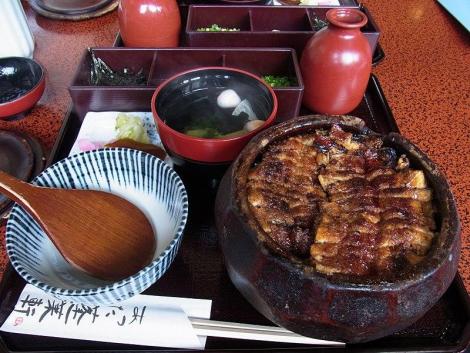 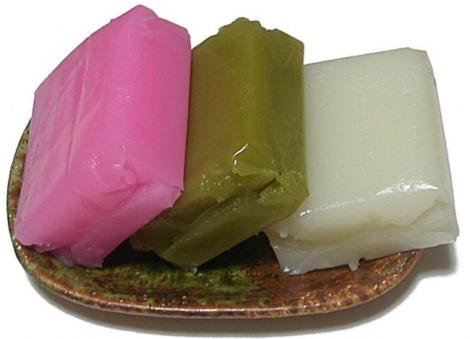 The new Chubu International Airport - Centrair - (which opened in February 2005) is located on a man-made island about 40km south of Nagoya in Ise Bay. The new airport has taken over all international and the majority of domestic flights serving Nagoya and the surrounding region and was a main access point for visitors to Aichi Expo 2005. At present there are two direct flights to Europe with Lufthansa flying to Frankfurt in Germany and Finnair to Helsinki in Finland.

Access to Centrair is by Meitetsu express train service on the Tokoname Line to Chubu International Airport Station at the new Chubu Airport direct from Nagoya Meitetsu Station, with connections on to Toyohashi (via Jingu Mae Station), Inuyama and Gifu. The new service takes 28 minutes from Nagoya Station by the kaisoku Centrair service.

JR Bus operate bus services between the airport and Nagoya Station, whereas the Meitetsu bus to Centrair calls at various hotels in Fushimi and Sakae as well as the Oasis 21 bus center before going to Centrair. The bus journey takes about one hour and presently costs 1,000 yen. There are further bus services to other locations in the surrounding area and beyond.

Nagoya's previous international airport (Komaki) has reverted to a general purpose airport with commuter and private business flights. There are airport limousine buses to Komaki airport from outside the Meitetsu Melsa building near Nagoya Station and from Nishiharu Station on the Meitetsu Inuyama Line.

A taxi to central Nagoya costs around 12,000 yen (more after midnight) and takes about 50 minutes.

There are Shinkansen links west to Osaka, Kyoto, Hiroshima and Fukuoka and east to Shizuoka and Tokyo from JR Nagoya Station. There are direct JR trains from Nagoya to Takayama, Kanazawa, Toyama and Nagano.

Kintetsu also has trains from Nagoya Kintetsu Station to Tsuruhashi and Namba in Osaka (2 hours by Urban Liner or 2 hours 30 minutes by Express) with connections to both Nara and Kyoto. Kintetsu also runs trains to Ise, Kuwana, Yokkaichi, Tsu and Matsusaka.

The Taiheiyo ferry operates between Nagoya and Tomakomai (Hokkaido) via Sendai (around 21 hours). Ferries depart from Nagoya-futo pier, a 40 minute journey by bus from Meitetsu bus station or take the Meijo Line to Nagoya-ko Station. There are Meitetsu ferries from Kowa on the Chita Peninsula to the small islands of Himakajima and Shinojima.

The Nagoya subway system has six lines which cover much of the city in addition to the above ground Aonami Line which runs out to Nagoya port from Nagoya Station. Nagoya Station, Kanayama, Imaike, Yagoto, Heian-dori, Aratami-bashi, Sakae and Motoyama are some of the busiest intersections.

Downtown Nagoya is served by a 100 yen yellow loop bus which circulates in the Meieki, Sakae and Fushimi areas. The Nagoya Sightseeing Loop Bus (Meguru) costs 210 yen for a single ride or 500 yen for a day pass. Manaca smart cards are also accepted. The bus runs in a loop from Nagoya Station stopping at the Toyota Commemorative Museum of Industry and Technology, Noritake Garden, Nagoya Castle, Tokugawa-en and the Tokugawa Art Museum, the Cultural Path Futaba Museum (the former residence of Sadayakko Kawakami), the Nagoya City Archives (former Nagoya Court of Appeals building), Nagoya TV Tower in Sakae, Hirokoji Street and Fushimi before returning via Nagoya Castle, Noritake Garden and Toyota Commemorative Museum of Industry and Technology to Nagoya Station.

Gifu makes for a pleasant day trip from Nagoya city and can be reached in about 30 minutes by either JR or Meitetsu train from Nagoya station. Gifu Castle has a commanding view of the Nagara river and can be reached by a steep climb on foot or by ropeway. Gifu is also noted for its ukai (cormorant fishing) from May to October. From Gifu it is easy to visit the historic town of Gujo Hachiman, famed for its traditional, all-night dancing in mid-summer.

Toyohashi has pleasant parks, a castle, some other historic buildings and a fun zoo and amusement park. Hamamatsu Hamamatsu, 35 minutes further east of Toyohashi on the JR Tokaido Line or just 15 by shinkansen, is famous for its production of musical instruments and motorbikes. Lake Hamana (Hamanako) is Japan's 10th largest lake and a popular resort in summer for marine sports and in winter for its hot spas.

Our activities in Nagoya

$40 per person
Discover all our activities in Nagoya (1)

Our tours in Nagoya