At the eastern end of the island of Hokkaido lies one of the most beautiful sites in Japan, Shiretoko, a fantastic natural and protected conservatory. Shiretoko is the mountainous peninsula that stretches towards the Kuril Islands, at the extreme northeast of Hokkaido.

In the language of the Ainu, the indigenous hunter-gatherers of Hokkaido, the word sir-etok meant "the end of the land". With the Japanese takeover of the region in the Meiji period, sir-etok became Shiretoko. The "end of the land" is still relevant today.

The peninsula's coastline is rugged and lined with high rocks. It is made up of high mountains, Rausu-dake being the highest at 1,660 m, and its forests are home to the largest population of brown bears in Japan. Almost the entire peninsula is a UNESCO World Natural Heritage Site.

Where the land ends, and where the last bears in Japan can be seen, where sea lions swim in the open sea, where nature reigns supreme, and where man has not set foot anywhere. Shiretoko, the jewel of Hokkaido Island, with its rugged terrain, steep cliffs and deep lakes, requires a long journey, but is well worth it.

The peninsula, which stretches out in the north-east of Japan towards the Sea of Okhotsk, is both a protected natural park and a Unesco-listed area. At its centre is the Shiretoko Pass, at the foot of the Rausu volcano. In the south, the park is organised for "Japanese-style" tourism, trying to reduce the impact of mass tourism on a fragile nature. Hikers get information at the Shiretoko Nature Center (and especially the instructions to respect), and follow marked trails that lead to the Furepe Falls - a sumptuous panorama of a creek and a waterfall that gushes down the side of the cliff. A shuttle bus is required to access the Five Lakes Walk and Kamuiwakka Waterfall.

North of the pass, Shiretoko becomes "off-piste". The hikes are reserved for experienced and equipped mountaineers: no telephone network, no human presence, but a large bear population... Walking in this Shiretoko requires preparation and equipment. The local authorities don't invite you, and even forbid you to go to the cape... But even without playing Frison-Roche, the marked Shiretoko is a tourist's dream. Listen out for the cry of sea eagles, or the sound of bells in the distance (they are attached to the backpacks to ward off any bears), discover tiny frogs and myriads of dragonflies on the edge of a lake, bathe in natural hot water pools to rest legs aching from the climb... 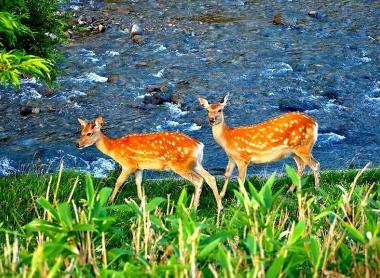 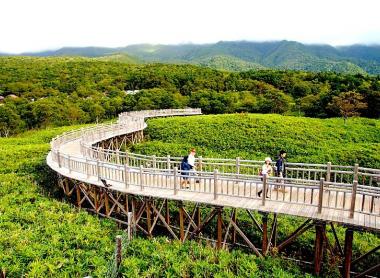 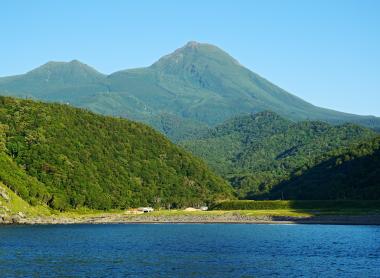 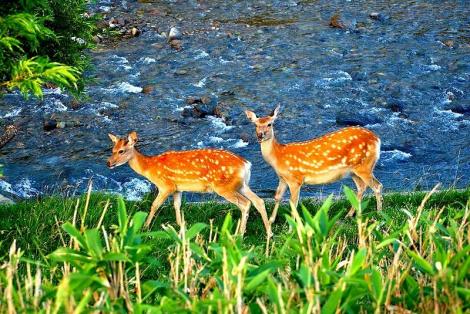 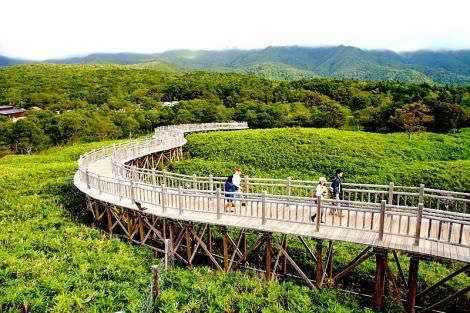 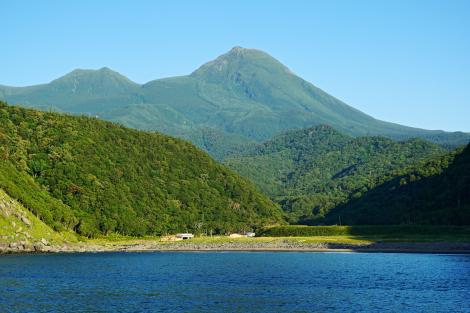 Located on the west coast of Shiretoko, Utoro is the main tourist centre for the area. Its large visitor centre has all the practical information about the peninsula, there are plenty of hotels, hostels and shops, and restaurants offering the best of what the local fishermen have brought in from the sea.

Right in the centre of the town is a large fishing port. There are many restaurants right next to the harbour offering the fish that the nets have caught: large crabs, sea urchins and generous amounts of ikura, salmon roe. Hokkaido is famous for these dishes and this is one of the best places on the island to eat them really fresh.

Just behind the fishing harbour is Oronkoiwa Rock and it is worth climbing it to see the fishermen bringing in their catch and heading for the northern coast of the peninsula. Tour boats of all sizes leave and return in quick succession.

Next to the fishing harbour is the tour boat harbour and on the street leading to it, one tour boat company after another offers its services. Excursions range from a visit to Cape Shiretoko, the end point of the peninsula, to shorter tours. They include a trip to a beach where brown bears frequently roam and a walk to Kamuiwakka Falls, the latter taking just over an hour in total.

The area around Cape Shiretoko is closed to all but a few wildlife researchers. Even though Utoro is a busy tourist town, the World Heritage National Park just behind the town is working hard to protect the wildlife.

The view from the sea is magnificent, however. The coastline is rocky and wild and many small rivers flow into the sea from high rocks.

The Kamuiwakka Falls are the most spectacular. They flow down three large steps before reaching the sea. They are actually made up of hot water laden with minerals and flow directly down from Mount Iou-dake. Mount Iou is a volcano and iou means sulphur. Today, Kamuiwakka Falls is one of the few areas in the national park that is also accessible by land. To get there, drive up the road to Rausu and park your car at the Shiretoko Nature Centre (Shizen Sentaa).

It is possible to bathe in the hot pools of water formed by the falls while looking out to sea, and it is a great experience.

Beyond the falls, the road continues until it meets the Rusha River. This part of the road, however, is closed to all traffic and takes you directly into the land of free roaming bears. Beyond the Rusha River begins the forbidden zone. Here the bears rule.

From the end of April to the beginning of November, the road between Utoro and Rausu is open to traffic. Make sure you drive it, it is spectacular, and stop at the car park at the top of the pass and look east towards Rausu. You'll have a great view of the mountains and sea and, weather permitting, the island of Kunashiri.

The town of Rausu and the Seseki Onsen

The town of Rausu is the opposite of Utoro. Much less touristy than Utoro, you won't find any big hotels or travel agency advertisements on the buildings. Rausu is an unpretentious fishing town. It does, however, offer whale-watching trips most of the year.

From Rausu, a road leads up to the peninsula. All the way to the end, it is lined with small fishermen's houses. At the end of the road you will find Seseki Onsen, an onsen pool built right into the sea. You can only access it at low tide, as high tide submerges it completely under water.

But this is not a tourist onsen, you have to ask permission to use it at the fisherman's house next door. Permission will be granted if the tidal situation is good and the locals do not need it for themselves.

Our tours in Shiretoko